DJs Rickie Haywood-Williams and Melvin Odoom were the first couple to step up to the plate, Loose Women panellist Andrea McLean and former presenter Carol Smilie were second, comedian and author Katy Brand and Su Pollard were third, and comic royalty Syd Little and Eddie Large rounded off the fourth spot.

When it came to Katy’s turn however, things took an awkward turn when she brought up whether Alexander and Richard truly “get on”.

“Welcome back, Pointless royalty,” Alexander began with a flourish. “I hope you liked the flower petals in your dressing room.

“And all the way up the stairs!” Katy joked in response.

“Well you know, I do my bit,” the presenter teased, as he began discussing the guest’s fictional book Benda Monk is Funny.

“Basically you ask people to buy the book before you’ve written it, is essentially how it works,” Katy explained. “You tell them the idea, you get put in direct touch with the potential readers and if they like the idea then they essentially buy the book and that goes towards the costs of publishing.”

“And are you nearly ready to publish now? How far off are you?” Alexander queried, as Katy shook her head in response.

“I’m enjoying writing it, it’s fun going in all the ins and outs… of you know becoming famous and then what that’s like, and then eventually coming on celebrity quiz shows.” 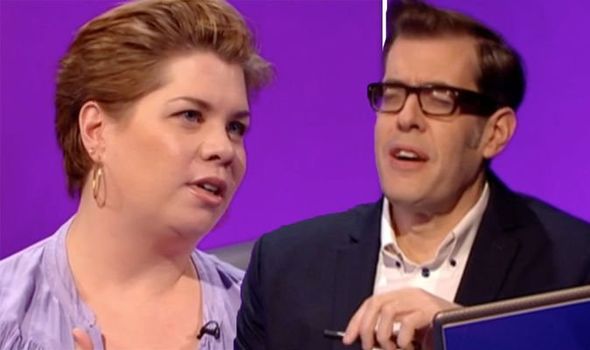 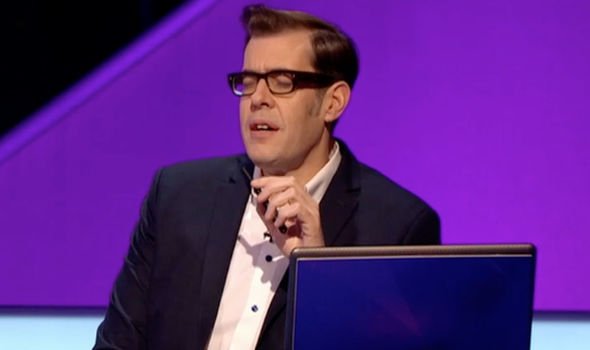 We don’t need to read this

Excited by the potential mention, Alexander piped up: “Oh might we get a footnote?”

“Yeah what it’s like behind the scenes,” Katy grinned. “Whether the hosts really get on….”

Unimpressed by the comment, Richard suddenly rolled his eyes.

Surprised by his co-host’s response, Alexander tried to smooth things over but Richard wasn’t interested. 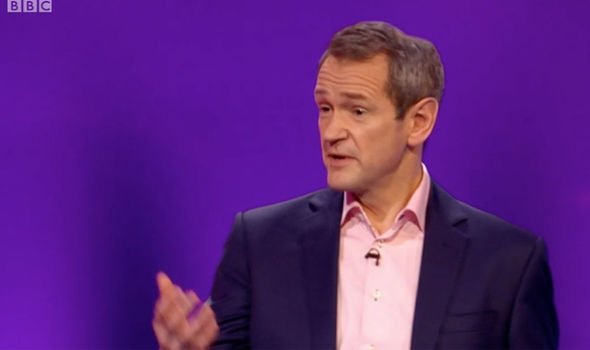 “We don’t need to read this,” Richard joked firmly, as the audience snickered at his extravagant reaction and Katy gave a slight shrug.

Also on the programme, Alexander asked daytime television presenter Andrea to shed light her on her “accidental” role on Loose Women.

“It did yeah,” she said. “Jackie Brambles was hosting, she went on maternity leave, I happened to be working in the same building.

“I was working on breakfast telly at the time, and they thought it makes sense for me to go straight on and do Loose Women after, it saves on travel,” the celebrity joked. “So I filled in for a little while, and I’ve been there 11 years now.”

Pointless airs weekdays at 5.15pm on BBC One.