The 53-year-old was put in his place by gold medallist Sharran Andrews who told him he didn’t match up to her height requirements. 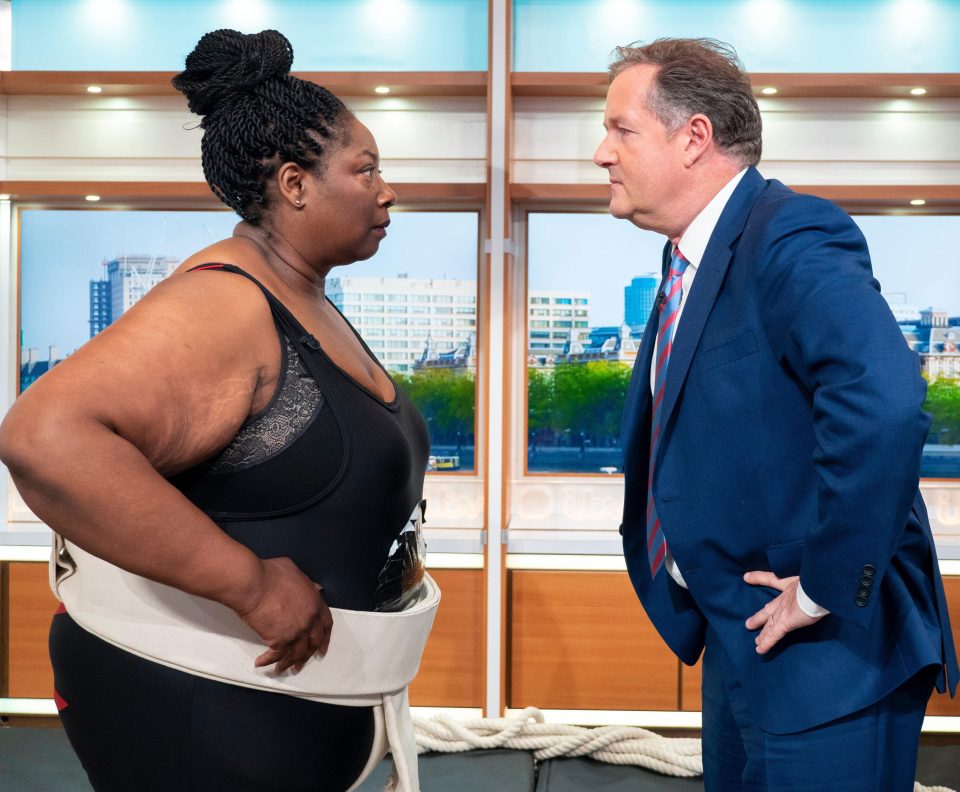 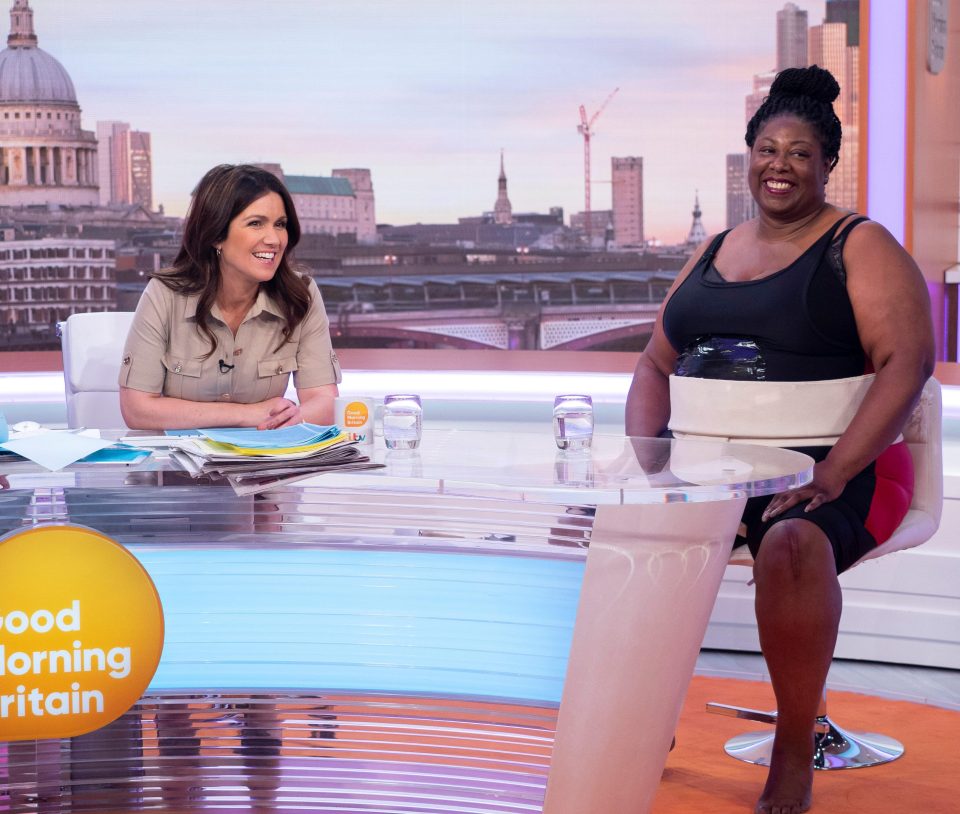 Although Piers stands at six foot tall, it meant he was the same height at the 23-stone gold medallist.

When asked if she’d consider someone like him, Sharran replied: “I don't want to be horrible but… we're looking at 6ft 5 and above.”

Looking put out, Piers replied: “Am I too small for you? Wow, I'm shocked.”

Sharran is hoping to find love on First Dates and her episode will air tonight on Channel 4. 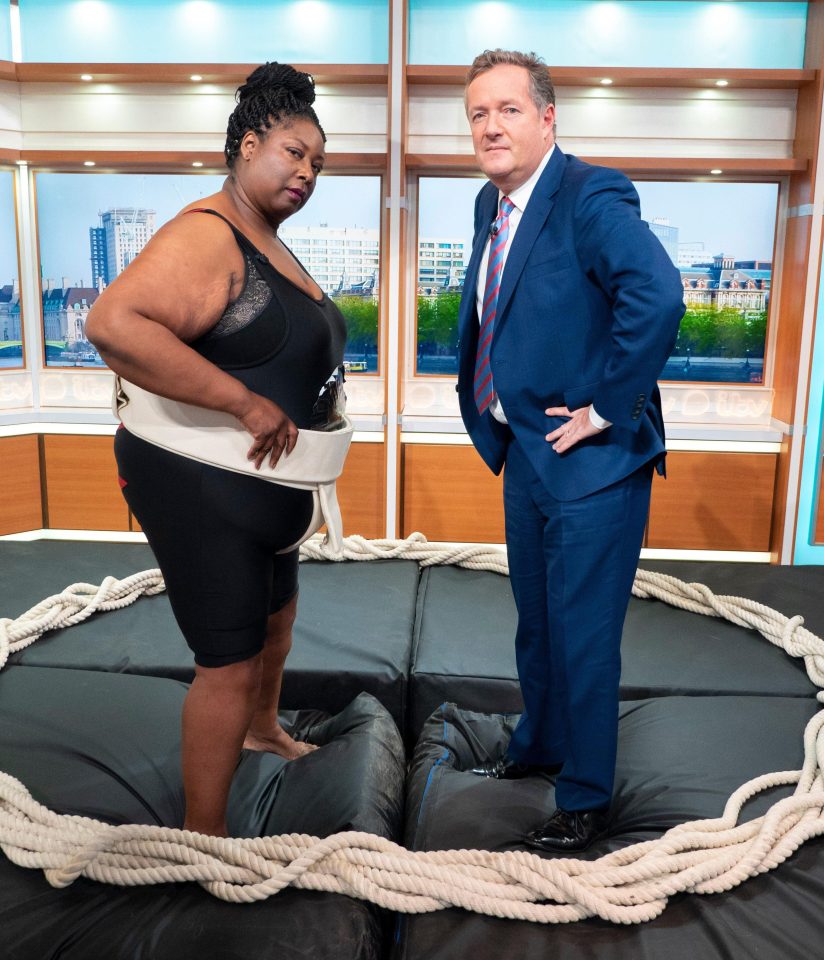 The fighter, who once weighed 31 stone, said getting into the ring has made her feel more confident.

She told Piers and his co-host Susanna Reid: “I have what I would call added confidence.

“I'm much more confident in being out and doing what I want. It has definitely given me that confidence. 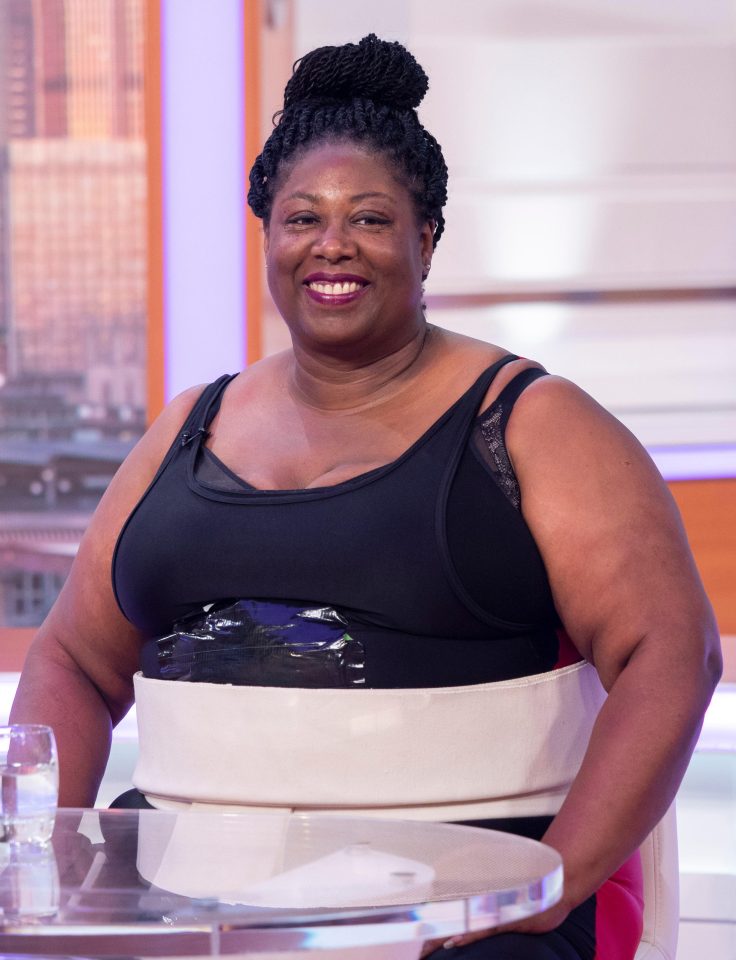 She went on to explain that most people judge Sumo wrestlers because of the way they look.

Sharran said: “Some people's negative attitude because people just assume it’s being fat and they don't understand it is a skill and technique.”

It’s not the first time Sharran has appeared on screen.

Back in 2006 she applied for Strictly Sumo Wrestler, a Channel 4 reality show which saw her battle to win a place on the British women’s sumo team.

Sharran made the final since and represented Great Britain in the world championships.