PIERS Morgan hit back at a viewer who said he doesn't care about poverty and begged viewers to "come together".

Piers, 55, addressed the viewer on Good Morning Britain today after they slammed him on Twitter saying he he was "overpaid" and lacked perspective on the coronavirus pandemic. 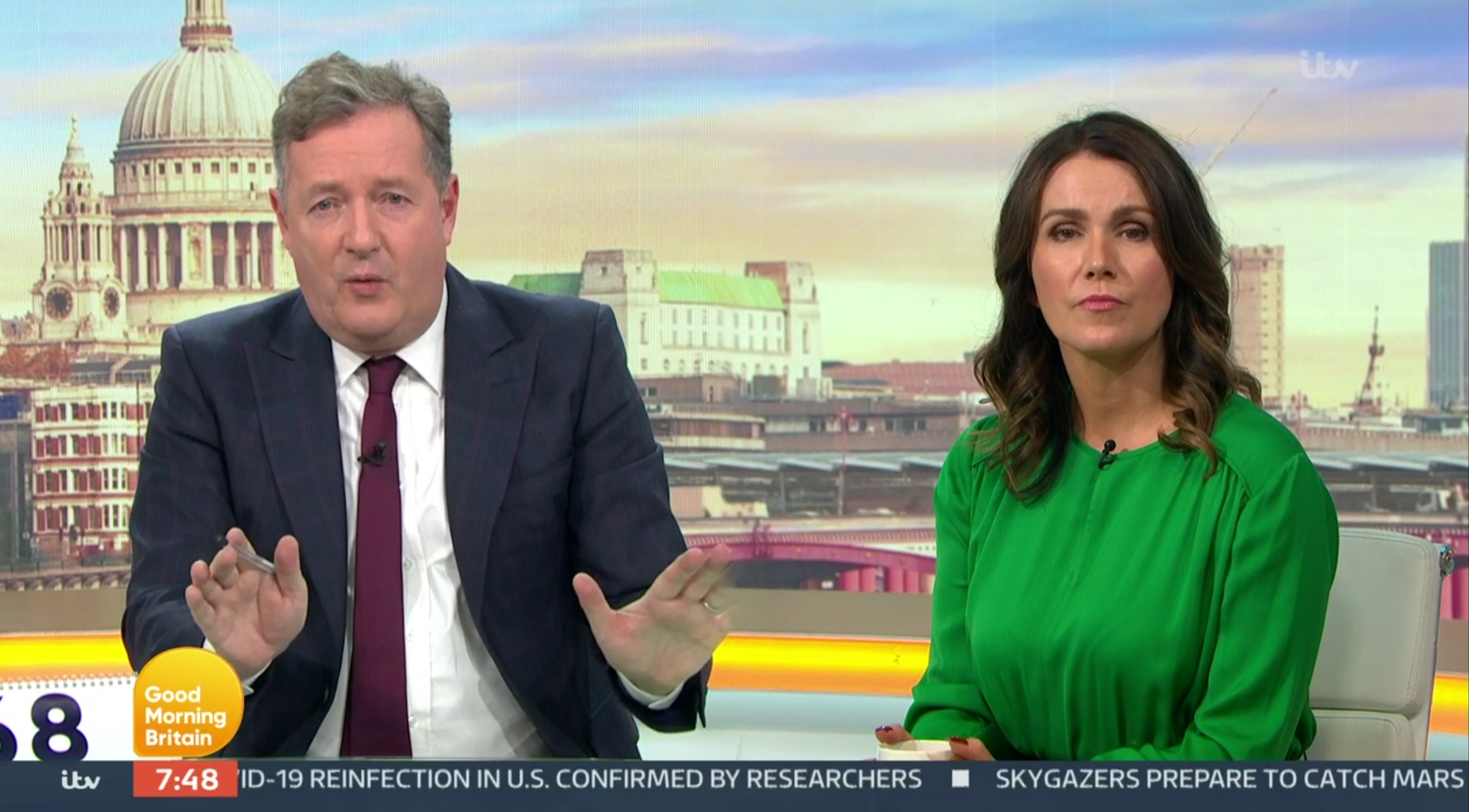 Piers read out the tweet, which said: "You don't care about job losses, people struggling with mental health issues and poverty. Think about that when your driver takes you to your secure overpaid job every morning from your massive house."

He then named and shamed the person behind the tweet and ripped into their comments.

He replied: "I drive myself to work actually, I do care about job losses, I do have family members who have been effected."

Turning to co-host Susanna Reid, who has three teenage sons, he said: "We both have sons at university.

"As for poverty, we know from the World Health Organisation that the worst thing about the pandemic is it will make poor people pooer. 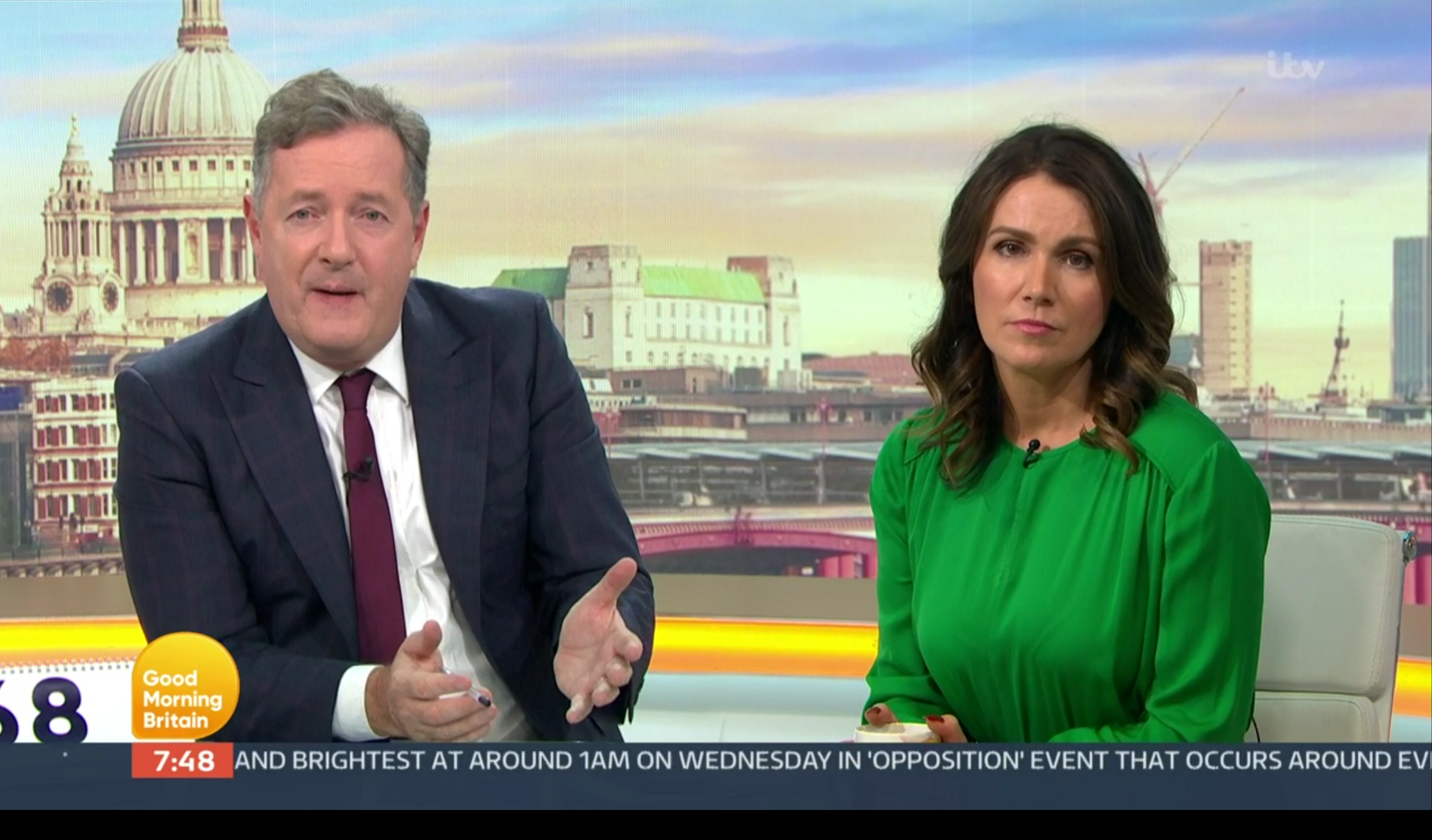 "Of course we care, but what we also care about is that people don't die from this horrible virus.

"Firstly, I want people to stop dying, secondly jobs to be protected, thirdly, when it comes to how we deal with the issue going forwad at some stage we're going to have to come together.

"At the moment all I see is people on both sides screaming and shouting at each other. Even scientists can't agree at the moment. I see us pulling apart.  We've got to come together but the government giving mixed messagesand lacking in confiednce."

Susanna added: "It would also be uself if we wore masks did followed the basic hygiene rules like washing hands. And we isolate when we know when we've got a positive coroanvirus test on our hands."

Not all viewers were inspired by his speech and some branded him a "hypocrite".

One said: "Piers listen to yourself. 'The scientists can't agree'. You know there's a broad consensus in the scientific community about what to do. The others are herd immunity loons. The tragedy is our government would sooner listen to loons. #GMB."

Another tweeted: "Not rocket science Piers. YOU scream over people and we learn nothing."

One more said: "I can’t believe Piers just said people are shrieking and shouting their own point of view and not listening to others!"

Another said: "We’ve got to come together says @piersmorgan on #GMB as he simultaneously tweets calling everyone a 'Covidiot'."

One more tweeted: "Wow! Did I just hear @piersmorgan talk about coming together? Frustrated at the divide? Hypocrisy at its finest!"