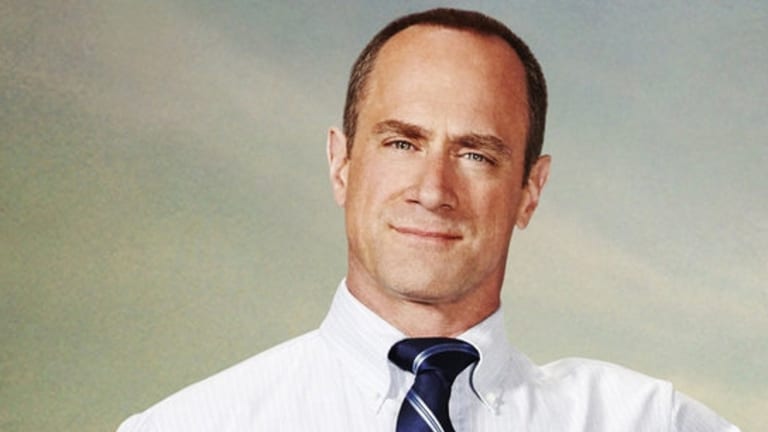 You've probably seen Christopher Meloni play Detective Elliot Stabler in Law & Order: SVU. You can at least surmise the gist of the cult Christmas comedy Bad Santa. Now imagine a kind of Bad Stabler that has all the outre violence of a Pulp Fiction, the lurid graphic-novel sensibilities of a Preacher, and a tiny, donkey-faced flying unicorn that might have fluttered in through the window after a failed audition for My Little Pony. That's Happy! in a nutshell, and it's a hell of a trip. Meloni plays Nick Sax, a former NYPD detective turned hitman who has a prodigious appetite for substances of all sorts – booze, weed, painkillers, cocaine – and an almost superhuman ability to keep putting one foot in front of the other now matter how badly he's just been shot, stabbed, bludgeoned or otherwise rendered even more beaten-up than he was in the previous scene. When we first see him he's spitting blood into a dive-bar urinal and having a bizarre and spectacular kind of suicidal ideation. Across town, Nick's ex, Amanda (Medina Senghore), and the daughter he never knew, Hailey (Bryce Lorenzo), are going to see a children's concert.

There, Hailey is abducted by one Very Bad Santa (Joseph D. Reitman), an insane, meth-smoking monster who lives in an abandoned department store. Hailey's only hope is that her little imaginary friend, Happy (Patton Oswalt), can find Nick and get him to rescue her. What follows is an extremely bloody hardboiled detective story combined with odd-couple buddy comedy, in which the irrepressibly earnest Happy tries to keep Nick focused on the task at hand while Meloni makes good use of his own considerable comedic talents. Along the way they're variously helped and hindered by Nick's old police partner (Lili Mirojnick); a murderous mafia boss (Richie Coster); a sadistic torturer (Patrick Fischler); a mob wife (Debi Mazar) who gets around with a reality TV crew in tow; and an assortment of other imaginary friends, not all of whom have the best of intentions. Series creators Grant Morrison and Brian Taylor, adapting the comic book series by Morrison and Darick Robertson, have created an uncompromising adults-only Christmas classic that fishtails between being exuberantly funny and black as the stickiest tar. You might even find that it jerks a tear or two out of you when you least expect it. Absolutely marvellous.