This Morning: Dreamboy whips top off at end of interview

On Tuesday’s episode of This Morning, Holly Willoughby and Phillip Schofield were keen to discuss the fallout from Boris Johnson’s delay to ‘Freedom Day’ with a new date set for July 19 rather than June 21. This has led to a mixed reception from the public but in particular, those in the performing and hospitality industries who have widely blasted the delay in lifting Covid restrictions. To hear firsthand from performers it would affect, Holly and Phillip welcomed members from the Dreamboys onto the show – although weren’t quite expecting a snippet of their onstage routines in the studio.

Dreamboy performer Zac joined Holly and Phillip live in the ITV studio to explain how hard the past year and a half has been on his industry.

Zac and his fellow guests all delved into the details on how devastating the impact of lockdowns and restrictions have had on theatre as a whole.

One guest even blasted the government’s marketing scheme last year in which it encouraged others to pursue other career paths outside the arts as “an insult”.

But after the interview with Holly and Phillip was brought to a close, Zac wasn’t done there as he stopped the This Morning pair and whipped off his shirt. 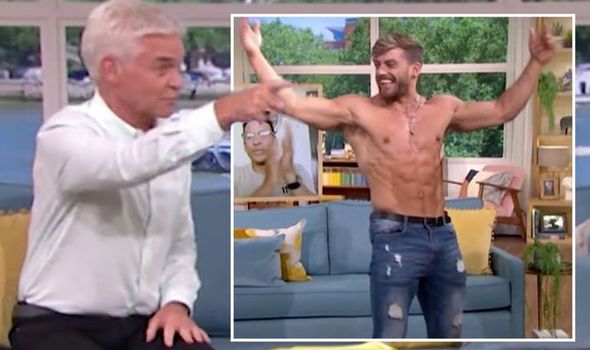 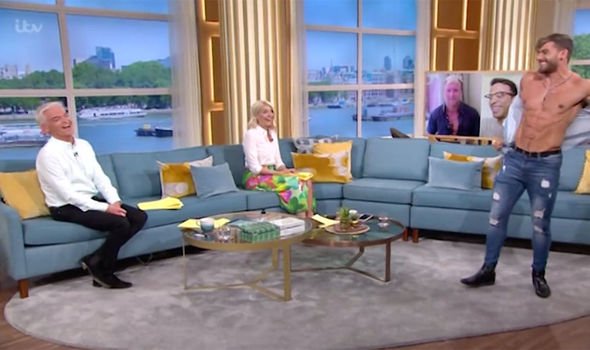 Moments after Phillip thanked the guests for appearing on the show, Zac interjected.

Holding his hand up, he told the presenting duo: “Hold on a second.

“I’ve been in a cage for a year,” he added as Holly let out a chuckle.

He continued: “I’m sure I won’t have any objections if I let my hair down a little bit.” 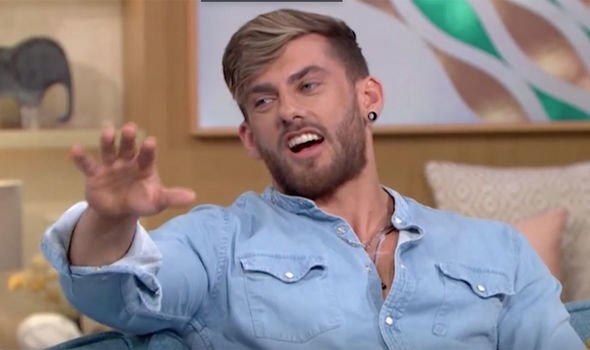 The Dreamboys performer got to his feet as Phillip let out a rather nervous laugh while a stunned Holly commented: “Feel free.”

As he began to unbutton his shirt, Zac continued: “With all due respect…”

At this point, he ripped open his shirt before flinging it behind his shoulder.

“This is what a Dreamboy does,” he added as he stripped off before wowing Holly and Phillip with a backflip.

A round of applause erupted in the This Morning studio as Holly joked: “You certainly didn’t let yourself go in lockdown, did you?

“The rest of us all put on a couple of pounds, not him. Well done you,” Holly added.

Phillip then joked: “Funnily enough, because I’ve worked so hard in lockdown, under here that’s what I look like.”

And it wasn’t just with Holly and Phillip that the performer’s unexpected antics pleased, as one fan on Twitter penned: “That just made my morning what’s that dreamboy name again he is hot as F….. Holy S….. #thismorning @thismorning.”

“Well that made my morning [laugh emoji] #ThisMorning,” a second agreed, while a third echoed: “@thismorning I’ve literally stopped working to watch The Dreamboys. Wow loved the end of the interview… more like this please.”

However, not everyone was best pleased, with some branding the impromptu performance as “cringe”.

“Oh no that was cringe, I mean don’t get me wrong I watched intensely but I cringed #thismorning,” another viewer argued.

While a second blasted: “Just imagine if that was a woman stripper doing that. All hell would break loose. Spectacular double standards on  #ThisMorning.”

This Morning continues weekdays at 10am on ITV.