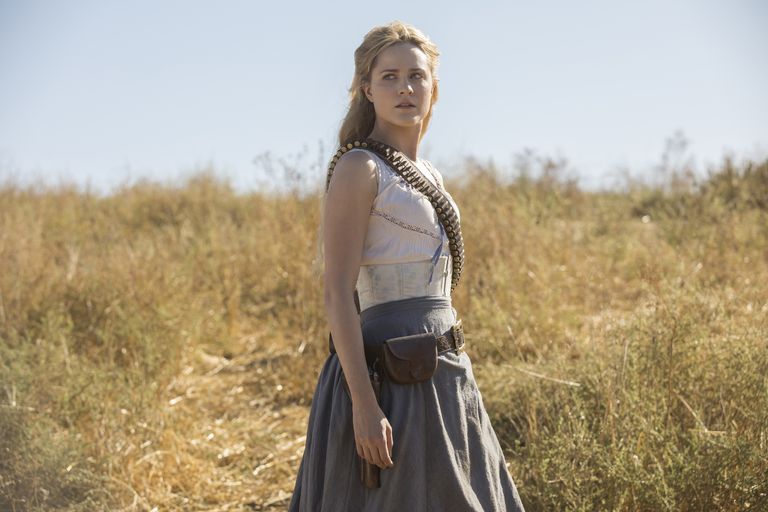 This post contains spoilers for the May 6 episode of Westworld.

One of the biggest surprises on the “Virtù e Fortuna” episode of Westworld was the existence of Park Six, aka the one with the Bengal tigers. It’s called the Raj, and like the original Westworld we know and love, it involves host versions of giant animals. Instead of horses, though, the Raj employs elephants as a means of transportation, which means that the production crew of Westworld employs real-life elephants as actors. (If only Delos could whip up some host elephants for HBO.)

After the episode aired, PETA released a statement condemning the network’s use of the animals, which come from a company called Have Trunk Will Travel. PETA claims that a 2011 video showing footage of HTWT elephants being shocked during training includes an elephant named Tai that was used in Sunday’s Westworld. “All elephants used for TV and film are trained through domination and painful techniques, including the use of sharp metal bull hooks and electric prods,” PETA wrote in an open letter to Casey Bloys, HBO’s president of programming. “Many animals develop abnormal behavior and become unhealthy, depressed, or aggressive because of the mistreatment that they experience.”

HBO responded to the letter by releasing a statement saying that the American Humane Association was present for filming of the episode, and that the network plans to look into the circumstances surrounding the video shared by PETA. Here’s the full HBO statement, via Deadline:

PETA responded to that statement with yet another statement, claiming that HBO cannot claim innocence because American Humane does not monitor the animals’ living conditions prior to filming. This second statement also mentioned HBO’s 2012 drama Luck, which was famously canceled after three horses died during production.