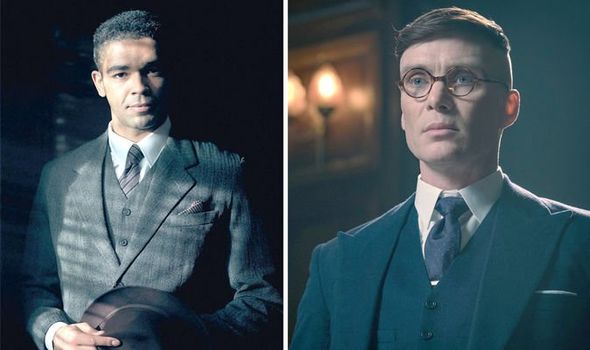 Peaky Blinders: Oswald asks Lizzie to join him and the ‘ballerina’

Peaky Blinders season five concluded on Sunday, September 22, 2019 but with series six landing on Netflix globally, many dedicated fans have been going back to the previous runs to refresh their memories. Season five of the BBC was one of the most politically-charged runs to date in the Steven Knight period drama. Additionally, the fifth cycle included a lot of historical elements with the rise of fascism in Britain during the late 20s and early 30s in the run-up to the Second World War. On top of that, the figure of Oswald Mosley (played by Sam Claflin) and his machinations to form a new breakaway party from Labour were explored.

What is Section D?

As the episode drew to a close, there was a shocking twist which saw a car bomb exploding with Ben Younger (Kingsley Ben-Adir) inside.

There were ominous hints something sinister was afoot and this culminated with Ben losing his life.

Questions were raised over who was responsible for the bomb blast with suggestions of the IRA and Section D flying around.

Section D is a branch of the British Secret Intelligence Service (MI6) which was formed in 1938 under Laurence Grand.

Peaky Blinders season five is set in the aftermath of the 1929 Wall Street Crash, which suggests history has been fudged here for creative licence.

According to MI6’s official page: “Section D’s aim was simple – ‘to plan, prepare and when necessary carry out sabotage and other clandestine operations, as opposed to the gathering of intelligence.’”

Section D was formed as the threat of Nazi Germany loomed large in the late 1930s.

As well as his plans to focus on key Germany sectors, he also put together a report on how best to defend Britain from sabotage.

According to The History Press, some speculated the “d” stood for “destruction” but this was never confirmed.

The job was how to weaken Germany’s infrastructure to gain the upper hand during the war efforts.

Section D was based at the SIS Headquarters at 54 Broadway in London before decamping to St Ermin’s Hotel, which has already been used for informal meetings by intelligence organisations previously.

“Section D dealt with truly undercover work that was, in Churchill’s words, ‘unavowable’,” the publication, which takes an excerpt from House of Spies by Peter Matthews, states.

Section D agents worked both at home and abroad in a bid to undermine the enemy using espionage.

Whether Section D will appear in Peaky Blinders remains to be seen but given the inclusion of Younger’s character in the show, it seems highly likely the organisation could appear.

Season six picked up from the end of the fifth outing with Tommy still trying to figure out who betrayed him.

He was also grieving after the death of his beloved Aunt Polly (Helen McCrory) and contemplating his own mortrality.

Additionally, he faced threats from Michael (Finn Cole) and his wife Gina Gray (Anya Taylor-Joy) who were empire-building across the Atlantic.

Finally, Moseley and his acolytes continued to pose a threat with Tommy trying to gain the upper hand against them.