For five seasons, Outlander star Sam Heughan has been part of an extremely popular on-screen romance. Heughan’s Jamie Fraser and Caitriona Balfe’s Claire Fraser are one of the most passionate and steamy couples that TV has ever seen. 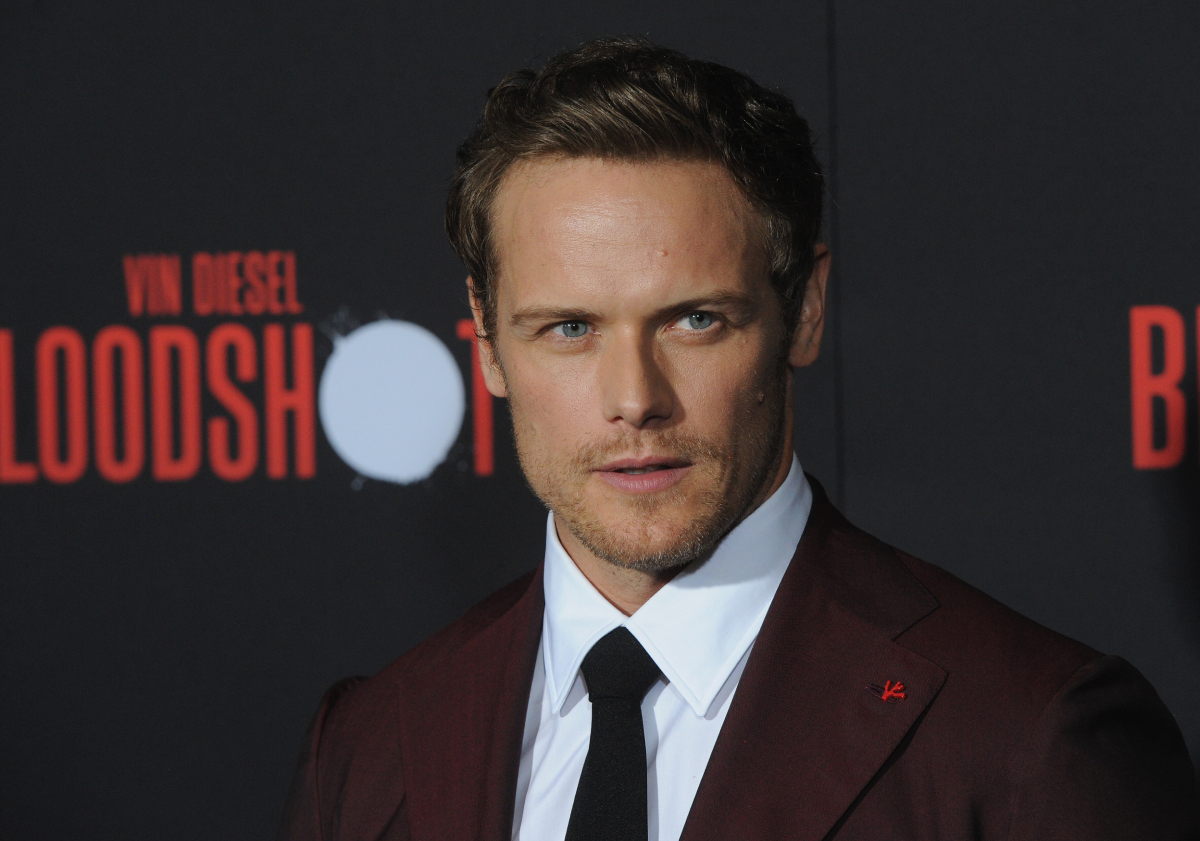 Heughan says that he hopes to “one day” find a love like Jamie and Claire’s in real life.

Ever since Outlander premiered, some fans have shipped Heughan and Balfe in real life. Rumors swirled early on that something could be going on between the two, but they have both made it clear that they are just really good friends.

According to Town & Country, Balfe married her longtime partner, music producer Antony “Tony” McGill in August 2019. And, Heughan was apparently on the guest list at the intimate ceremony in Bruton, England.

Before she married McGill, Balfe acknowledged the “small vocal group that really wanted” her and Heughan together. She said that it was “just a testament to the characters” that she and Heughan portray.

Balfe said, “The love story is so inspiring and so aspirational that people just really wanted to believe in it. And that’s a nice thing. But I think things are pretty clear now that I’m engaged to someone else. Everyone gets it now.”

“She is such a wonderful woman—intelligent and creative,” Heughan said of Balfe. “More than anything, she’s a good friend.”

Sam Heughan says that his career comes before romance

Heughan has also been linked to fellow actor Amy Sheals. According to Bustle, some rumors have claimed the two are dating. But, others say the two are just longtime friends. Sheals starred as Candie in the TV show Twin Peaks: The Return. Her other credits include the TV series The Detour and the movie Final Fantasy XV.

Other dating rumors have followed Heughan, including one that claimed he was seeing fellow actor MacKenzie Mauzy. They reportedly dated in 2017, but they kept their relationship under wraps.

There were a handful of Instagram posts at the time. And, they did walk the red carpet together at a few events in 2018. But since then, there have been no hints that the two are still together.

Heughan has always kept his personal life extremely private, so it’s difficult to find out details about his romances. He says that at this point in his career, he’s so busy that it’s difficult to make time for a relationship.

“Certainly, relationships are hard when you’re working in Scotland 10 months a year. I travel a lot and any downtime I have, I’m trying to do other projects, so very much, my career comes first. Maybe I will find someone eventually,” he told the Inquirer ahead of season 5.

Heughan says that during his entire career – not just during Outlander – he’s always put his work first. His priority has always been his career, but he’s sure “at some point” that he’ll get “knocked off” his feet.

When asked if he thinks a love like Jamie and Claire’s exists in the real world, Heughan said that he thinks there is. And, he thinks “we all aspire to it.”

“I think that’s maybe why Diana Gabaldon’s books have done so well and why we have a great family of people that buy into that,” Heughan explained. “I think it’s something that we all aspire to and aim for so, yeah, I would like to think it’s real and I’d like to think that one day I could have that myself.”

Season 1 through 5 of Outlander are available on Amazon Prime.