Claire (played by Caitríona Balfe) and Jamie Fraser (Sam Heughan) endured one of their most horrific ordeals in the third episode of Outlander season five, ‘Free Will’. As the wait for the upcoming sixth season goes on, the Starz series’ leading actress has revealed more about the show’s brief yet impactful detour through a completely different genre.

The fifth season of Outlander temporarily became one of the scariest horror series on television in the third episode of season five.

During this frightful standalone adventure, ‘Free Will’, the Frasers stumble across what appears to be a typical cabin in the woods.

They discover the haunted shack after being awoken on their camping trip by the young Keziah ‘Kezzie’ Beardsley (Paul Gorman).

Kezzie, the deaf twin brother of Fraser’s Ridge resident Josiah, had just escaped after being caught stealing a loaf of bread by his abusive ‘master’. 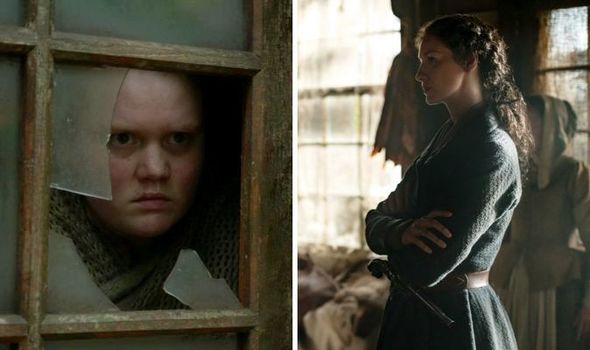 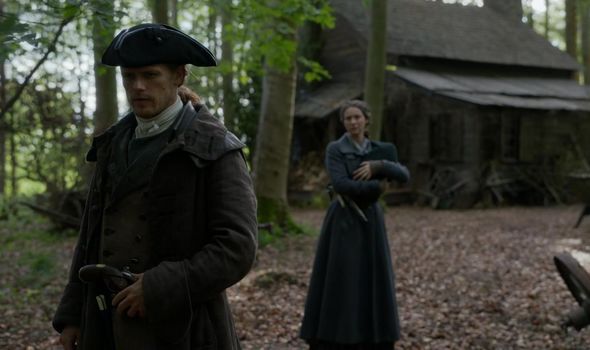 Jamie and Claire venture deeper into the woods to take matters into their own hands, and witness some disturbing sights when they start searching the Beardsley Cabin.

Before going in, Claire warns: “There’s something very strange about this place, Jamie.”

In a behind-the-scenes interview with the star, Caitríona Balfe recalled her excitement for changing up the pace for Outlander’s fifth season.

She explained: “The episode itself is kind of, I suppose it’s got a slight horror feel to it.” 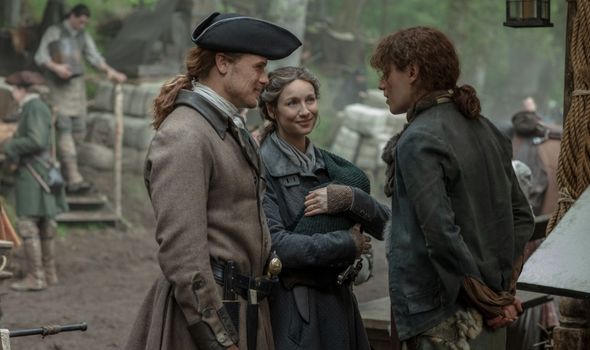 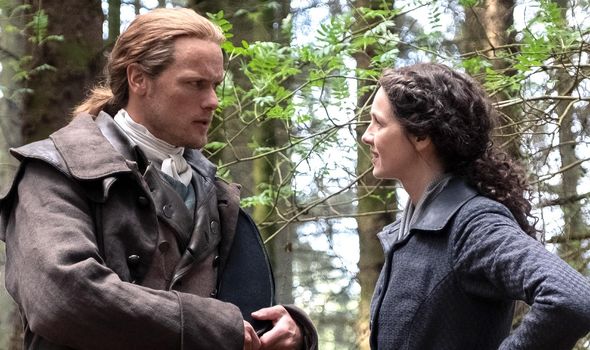 Not unlike a sequence from The Conjuring or something similar, Jamie is then spooked by a woman suddenly peering out from the window.

The woman, Fanny Beardsley (Bronwyn James), then opens the door and insists her husband is dead.

Thankfully for the neglected twins, the Frasers manage to push their way into the cabin, though they weren’t prepared for what they found.

Once inside the cabin, the Fraser couple find it infested with goats and plagued by a lingering foul smell.

The stench eventually leads Claire to discover a disgusting drip of black slime coming from the attic.

Balfe continued: “It’s nice to do these, kind of, standalone, slightly genre episodes.”

She added: “It’s something different, and I think that’s always nice.”

However, the horrific sequence wasn’t quite as nice for fans to watch, as Claire and Jamie soon discover the rotting body of Fanny’s husband.

It turns out the abusive master had suffered a stroke, but was in fact being kept alive and in great pain as punishment for his actions against the twins.

Jamie promptly puts Mr Beardsley out of his misery, though not before every single member of the Outlander fanbase had been permanently scarred for life.

Thankfully the rest of the fifth season wasn’t quite as traumatic, though there could be more scares on the way for the upcoming sixth instalment.

Outlander season 6 will premiere in early 2022 on STARZ.