Amanda Owen, 46, and her husband Clive, 66, are both standout stars of Our Yorkshire Farm, with the cameras following them as they manage their own lives and those of their nine children. The couple also cares for numerous livestock, with the shepherdess usually seen out in the field getting her sheep in order. However, there is one member of the animal family the pair look after who Amanda’s husband does not get on with on the Channel 5 programme.

The mother-of-none discussed her husband’s hatred for their horse, Little Joe, in her book, The Yorkshire Shepherdess.

Amanda recalled a time when Little Joe was being “stubborn” and how he was “refusing” to get into his trailer.

Speaking graciously about the beloved family member, Amanda explained how the horse helped her children to enjoy being on the saddle.

“There is not a bad bone in his body. He doesn’t bite or kick, is never sick or sorry, but has a tendency to be stubborn.

“And an ability to escape from anywhere at any given time,” she explained before describing Clive’s hatred of their horse. 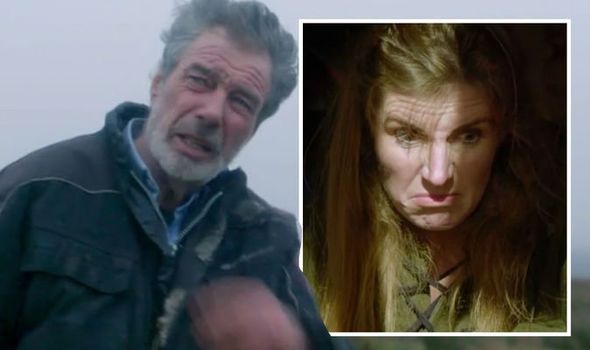 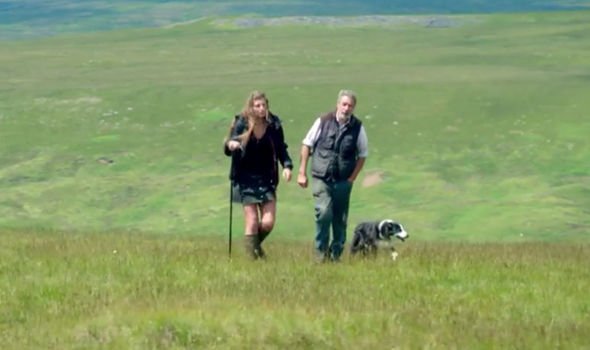 “Clive hates him. Or rather, he says he hates him, calls him a demon and blames him for every gap that appears in the drystone walls,” Amanda added.

However, the mother-of-nine defended Little Joe as she said he has “supersonic” hearing and can hear his food coming from “a thousand paces”.

Amanda’s husband would become frustrated with Little Joe as when he fed the other livestock, the horse would also want some.

“Many times, Clive would return to the yard, red in the face, and announce that Little Joe’s days were numbered.” 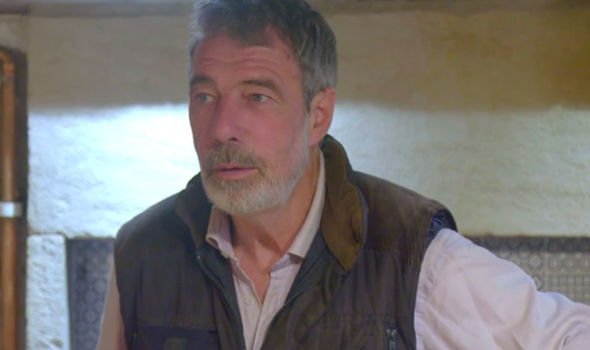 Clive would return, red in the face

“And if he got colic from eating all the sheep food, then he absolutely deserved it and there’d be no vet coming to save him,” the mother-of-nine added.

Unfortunately, the horse is no spring chicken anymore and has succumbed to the ailments of old age, meaning he can’t annoy Clive as much.

It seems the father-of-eleven has even mellowed towards the family member he once referred to as a “demon”.

The mother-of-nine said: “He gets extra rations, a cost stable every night and recently I have even seen Clive throw an extra armful of meadow hay over his stable door before bedtime.” 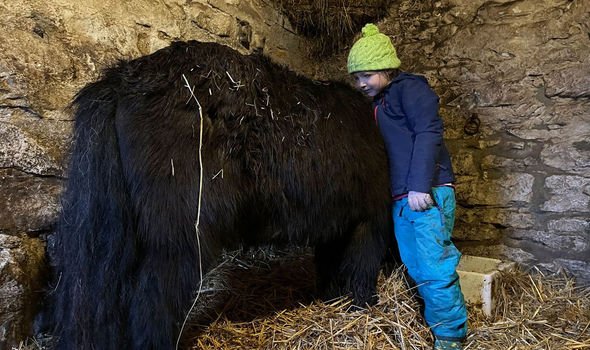 Amanda has shared images of Little Joe on her social media pages and earlier this year, she posted a picture on Instagram of her daughter Clemmy looking after him.

“We think the secret to his longevity is that he is a bit spoilt. Maybe that he keeps young company too (Tony the pony is nine).

“Anyway, as he is long in the tooth it goes without saying that he sometimes needs some dentistry work,” she added.

Little Joe is one of two horses the pair have on the farm and it seems Tony has been eating the food meant for him and his older brother.

This has meant Little Joe has become a lot thinner in his older age but Amanda has expressed her worries about Clemmy helping with the horses.

“Clem loves Tony. She’s got all sorts of ideas on what she wants to do with him and all the rest of it. The only thing that slightly worries me about that relationship is she thinks that Tony is going to grow big as she grows bigger.

“She thinks he’s going to be a big horse. I don’t see any reason to change that thought. In a kind of way, he has expanded but only sideways rather than upwards.”

Our Yorkshire Farm is available to watch on My5.