Roger Johnson and Rachel Burden presented BBC Breakfast on Sunday morning and one of the big topics on the program was the TV BAFTAs. Roger then went on to make a prediction about the weather ahead of the awards show, but he had to apologise when meteorologist Darren Bett revealed he’d got it wrong.

Rachel seemed particularly intrigued by the addition of holograms to this year’s award ceremony.

Due to Coronavirus restrictions many stars won’t be able to attend the event in person and will instead be appearing virtually via holograms.

“But, there are no fans there by the red carpet anyway because you’d just be tempted to poke your finger through the hologram wouldn’t you?” Rachel remarked. 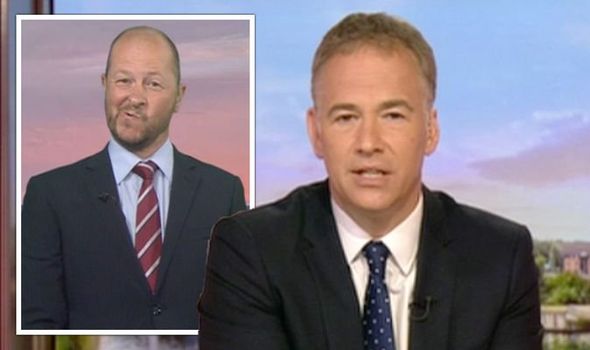 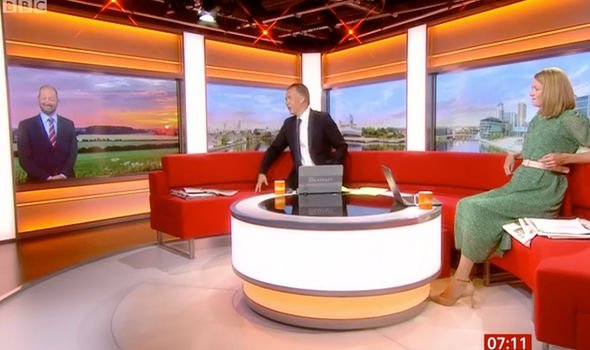 “Well when the photographers are saying ‘give us a wave’ and you see it go through,” Roger added, while laughing at the prospect of the holograms.

Rachel commented: “None of us know how this is going to work but actually I think all of us are curious to see.

“It may well be part of the whole idea behind it. So we’ll tune in later,” she said.

Roger then began to tease ahead to the weather, saying: “One thing that is pretty certain – the red carpet is likely to be dry I think. 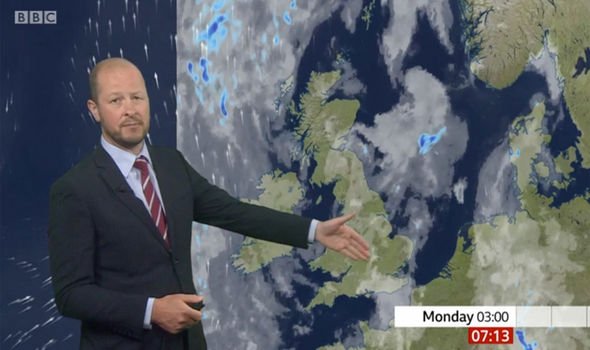 “There won’t be any rain on the holograms Darren. It’s a glorious morning by the looks of that,” the presenter said as he handed over to meteorologist Darren.

But, it seems Roger’s weather prediction was wrong, as Darren said: “Ohh well we’ll see. I’m not so sure.”

“I quite fancy being a hologram myself mind you,” weatherman Darren joked.

The meteorologist then went on to explain that rain was expected across parts of the UK.

Darren concluded his report by hinting there could be sunshine and warmer weather later in the week.

Roger then apologised for his embarrassing blunder once again.

The BBC Breakfast presenter said: “Thank you I will try not to anticipate what you’re about to say next time.

“You are the master of the weatherboard and I’ll stick to what I don’t know. Thank you very much,” he added.

“Although it looks alright towards next week,” Rachel commented, reassuring her colleague that his prediction of sunshine wasn’t completely wrong.

“So we’ll take that definitely,” she concluded.

BBC Breakfast airs weekdays at 6am on BBC One.