In a brutal display of natural selection, nine countries were shed from the Eurovision Song Contest today, dramatically narrowing the field in the 63-year-old annual song competition and consolidating Australia's chances of securing a berth in this weekend's grand final.

Just 10 of the final's 26 slots were up for grabs tonight; they were secured by Austria, Estonia, Cyprus, Lithuania, Israel, Czech Republic, Bulgaria, Albania, Finland and Ireland. 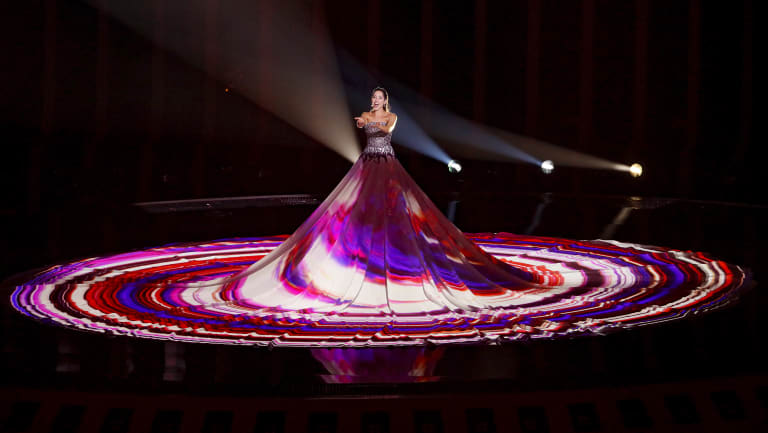 Elina Nechayeva from Estonia performs in the first semi-final.

In a major departure from recent years, the host broadcaster RTP did not include the competition's now-famous but extremely expensive LED lighting rig due to its cost.

As a result many of the competing countries used more traditional staging techniques, including spotlights, projected images and fireworks.

Despite the intensity of the competition, Australia remains a favourite of almost every country, warmed welcomely behind the scenes.

"We're so far away from everybody they haven't got a reason to hate us yet," SBS telecast host Myf Warhurst told Fairfax Media today.

"That was the sense I got last year as well; I know that a lot of people say that there's a bit of animosity against Australia [as an outsider in the pan-European competition] but I never got that sense." 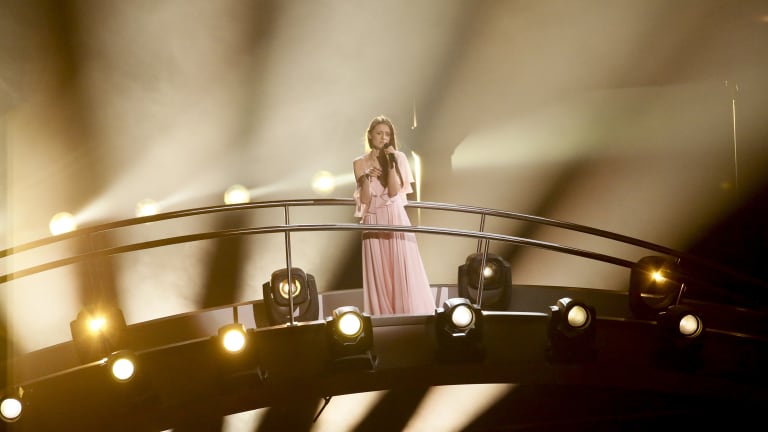 Ieva Zasimauskaite from Lithuania performs at the Eurovision first semi-final.

Warhurst's co-host, comedian Joel Creasey, says there is a strong feeling behind the scenes that Australia has earned its stripes off the back of strong showings from past entrants.

"I think because we have now delivered in a row, they're like, oh, they've come to play, they don't dick around, they're taking this seriously," Creasey says. "There is a sense that we're respecting the process."

Of the 19 competing songs in today's first semi-final, 14 were performed in English; Albania's Eugent Bushpepa, Greece's Yianna Terzi and Armenia's Sevak Khanagyan performed in their native language, Estonia's Elina Nechayeva sang in Italian and Lithuania's Ieva Zasimauskaite sang in both English and Lithuanian.

The competition's rules on language have shifted over the years and, notably, between 1966-1972 and 1978-1998 singers were required to sing in their national language; since 1999 entrants have been free to sing in any language.

Some notable stretches of those rulings: in 1991 the Italian entrant sang in Neapolitan, in 1995 the Greek entrant sang in Ancient Greek and in 2003 Belgium's entrant sang in an invented language and – bizarrely, if perhaps not wholly unexpectedly – came second.

Based on the competition's history – with 31 English-language songs in 62 years – the chances of winning in a foreign language are as high as 50 per cent. 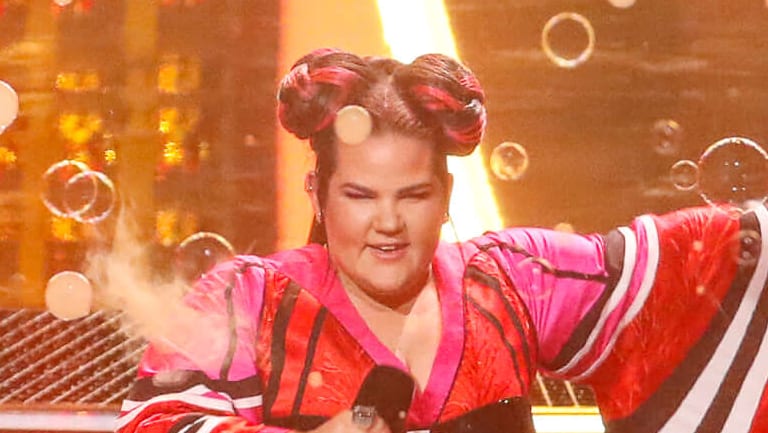 One of this year’s favourites, Netta from Israel, performing in the first semi-final in Lisbon.

43 countries in total are competing at Eurovision in 2018.

On Friday another Australia will face off against Norway, Romania, Serbia, San Marino, Denmark, Russia, Moldova, The Netherlands, Georgia, Poland, Malta, Hungary, Latvia, Sweden, Montenegro, Slovenia and Ukraine for the remaining 10 open slots in the final.

The journalist travelled to Lisbon courtesy of SBS.