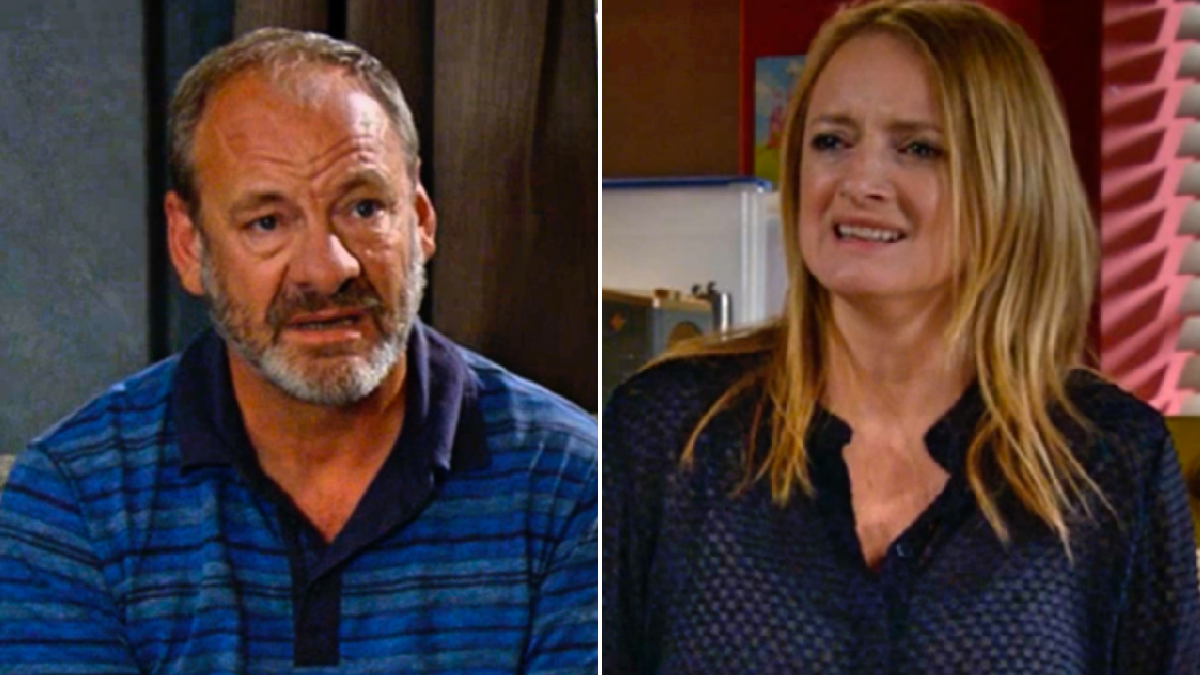 Nicola King (Nicola Wheeler) demanded that Jimmy (Nick Miles) vacate their family home, after declaring that their marriage is over during tonight’s edition of Emmerdale.

The decision to end their union came in the wake of Jimmy, desperate to unburden himself of the guilt, revealed that he kissed Mandy Dingle (Lisa Riley) outside court.

Nicola, who wanted nothing more than to get her marriage back on track prior to this revelation, was stunned beyond belief, and berated her hubby for what he’d done.

Jimmy attempted to justify his actions, explaining that Mandy’s kind witness statement had his head in a spin, branding the locking of their lips an ’emotional moment of madness.’

Nicola, however, didn’t buy any of it, arguing that he was simply hiding behind his trial in an effort to justify his actions.

In spite of his previous desire to end their relationship, Jimmy made it quite clear tonight that he’d like to make things with his beloved Nico work.

But Nicola has now changed her position on the matter, claiming that nothing he can say or do will change her mind, as she declared their marriage over for good.

Jimmy, like the rest of the nation, no doubt, was stunned to silence in the wake of her revelation, before leaving the premises at his wife’s request.

Is this really the end of Jimmy and Nicola?