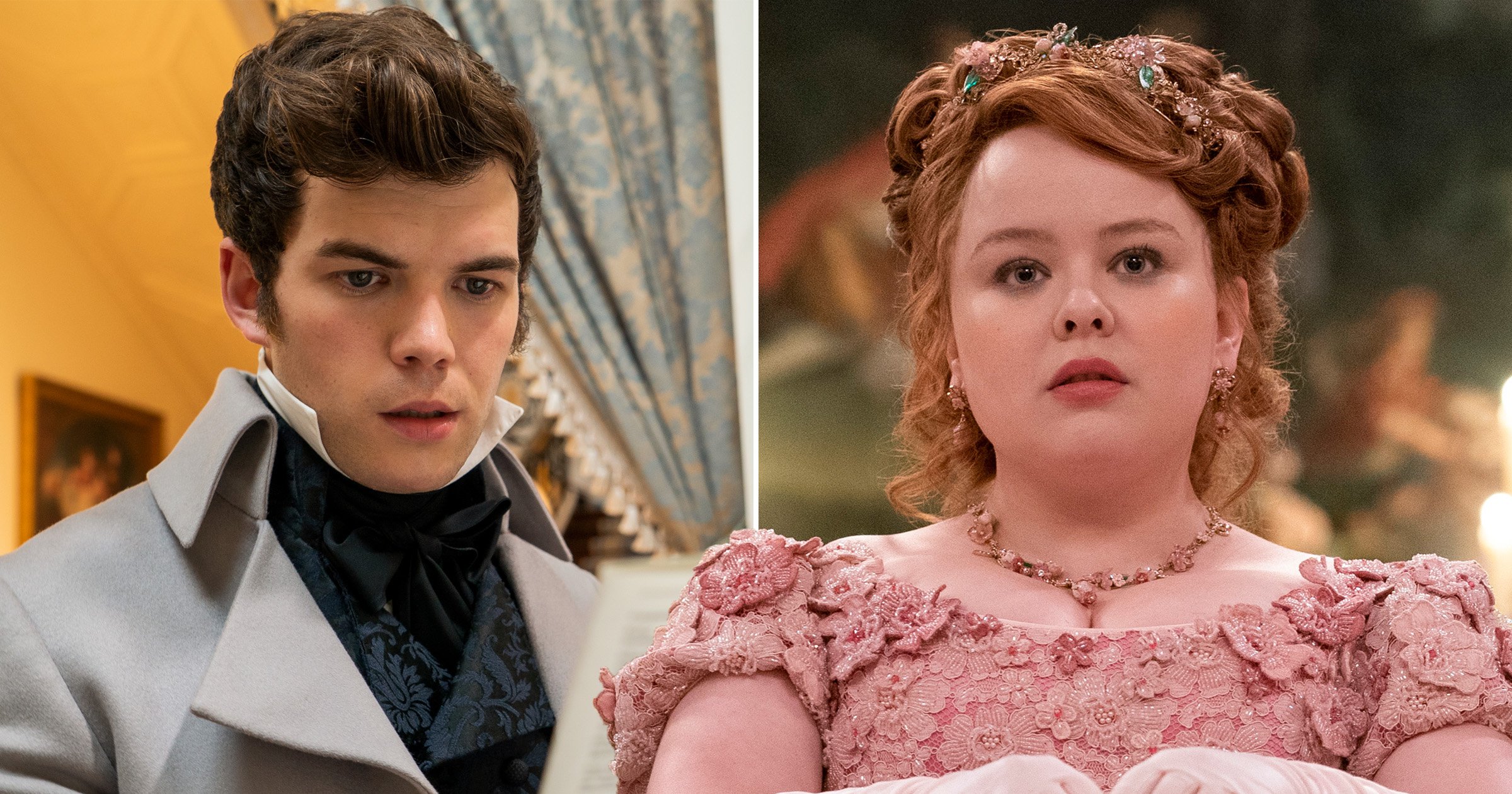 Bridgerton’s upcoming season will be skipping to the fourth book – which will centre around Penelope Featherington and Colin Bridgerton’s romance.

Season one and two of the Netflix series followed the first two novels by author Julia Quinn, however according to Lady Whistledown herself, (Nicola Coughlan) series three is all about Penelope and Colin (Luke Newton).

The third book, titled An Offer From A Gentleman, zones in on Benedict Bridgerton’s (Luke Thompson) love life, but fans will have to wait a little longer for his story.

Before confirming the news on social media, the 35-year-old actress teased what fans could expect during Sunday’s FYSEE panel.

In a stunning black and white snap, Nicola later shared a picture of her and Luke posing for the camera on Instagram.

She wrote: ‘Like Lady Whistledown I’ve been keeping quite a big secret for quite a long time… but I can finally tell you that @bridgertonnetflix Season Three is Colin and Penelope’s Story ❤️’#

Fans and fellow celebrities were hyped by the confirmation, with Doctor Who showrunner Russell T Davies writing: ‘Oh wow!!! ❤️❤️❤️xxx’

While Love Island presenter Laura Whitmore added: ‘Yes!! Give the people what they want.’

While the season 2 finale left her in a tricky situation, as viewers were heartbroken for the lonely Penelope pining after Colin, Nicola hinted that the upcoming chapter may have far more to offer in terms of romance.

The fourth book of the series, Romancing Mister Bridgerton, explores their blossoming romance, so it’s inevitable (in true Bridgerton style) that the two characters will be sharing some steamy scenes in the future.

But Nicola has mixed feelings about filming those sex scenes.

‘It’s exciting and terrifying,’ she admitted to Digital Spy and other media.

Knowing that her love storyline with Colin would be coming soon, she recalled joking about it with her co-star Luke in the past, but as the time draws closer ‘it becomes progressively less funny and more intimidating’.

Having read the book and knowing what’s coming up, Nicola added: ‘So I know that it gets extremely racy in that scene. I know already stuff that’s gonna happen. So I’m like, no, we’re good. We’re fine. It’s intense.’

She even hinted at a carriage scene from the book which offers the romance and some lust, saying: ‘it’s just if they’re sort of arguing, and then it all gets very romantic, shall we say, but I think it will be such a good scene in the show.

‘It terrifies me to think of filming but I think it would be really great.’

Bridgerton is available to stream on Netflix.