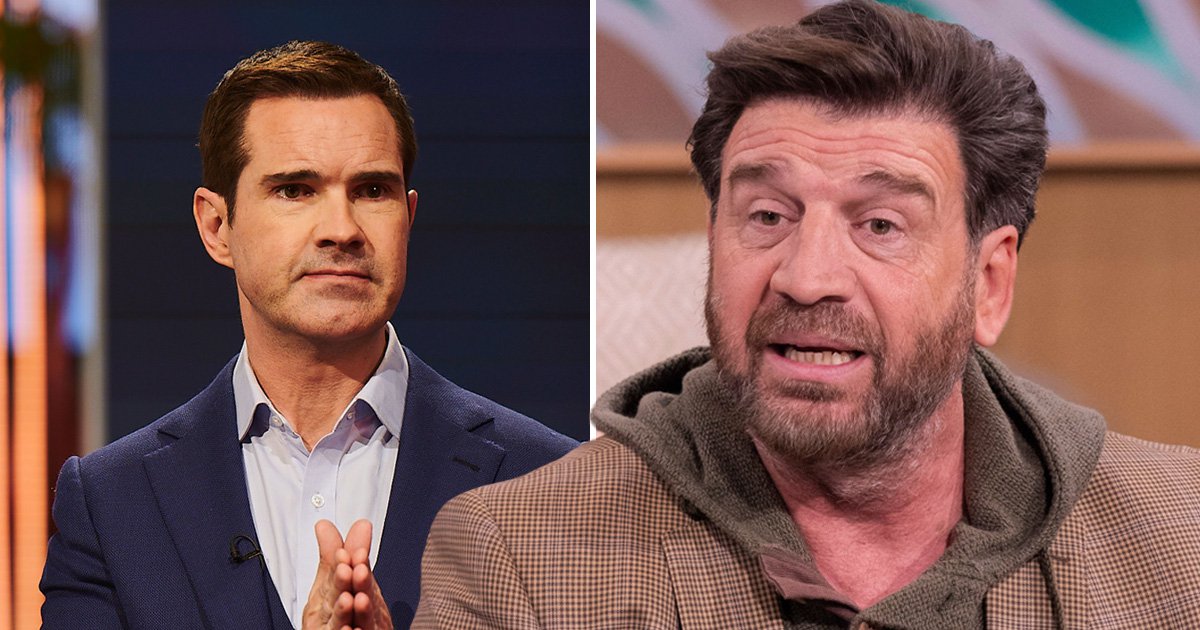 Nick Knowles was shocked to learn the concept of Jimmy Carr’s new game show, I Literally Just Told You.

Carr’s new series features contestants competing against each other to win the prize money for their chosen charities, with the celebrity edition airing last night.

The Channel 4 series is a game show where paying attention pays off, as players answer questions that have just been written, about things that have just happened during the programme, in a bid to win up to £25,000.

However, those who lose will walk away with ‘absolutely nothing’.

Reacting to the programme, DIY SOS presenter Nick tweeted on Thursday night: ‘So Jimmy Carr’s “I literally just told you” plays off charities against each other to go home with nothing so 3 important charities took part tonight but received no cash at all.

‘Only one got money. I’m not sure I like playing charities off against each other for entertainment.’

When one of his followers commented that the new reboot of The Weakest Link hosted by Romesh Ranganathan is similar, Nick replied: ‘Then I’m unhappy with that too – I recently did Catchphrase because the charity gets what you win.’

Another follower said that they’ve noticed many of the game shows that have aired over Christmas have featured one winner for one charity, to which Nick agreed: ‘Yes it’s been a thing recently – in days gone the contestants would get a consolation amount for their charities.

‘I was offered formats which had charities playing for the money and I always turned them down because you can’t make charities play for cash for our entertainment.’

One fan praised Michael McIntyre’s series The Wheel for ‘generously’ tripling the winner’s amount while also giving money to the other contestants.

Nick said: ‘I think you have to or it just looks usurious of people’s suffering.’

This week’s episode of I Literally Just Told You saw Lorraine Kelly, Alex Horne, Aisling Bea and Asim Chaudhry compete to win up to £25k for their chosen charities, with ITV presenter Lorraine walking away with over £18k.

Metro.co.uk has reached out to Jimmy Carr and Channel 4’s reps for comment.