In fast affiliates, the Packers’ 45-30 victory scored a 4.0 rating in the 18-49 demo and 15.06 million viewers, leaving the rest of Sunday’s titles, including premieres and special coverage behind by a large margin. Sunday Night Football was up against Fox’s Coverage of the 70th Miss Universe (0.5, 2.68M), which saw Miss India Harnaaz Sandhu walk away with the highly-coveted crown. Numbers are set to change pending adjustment, as is the cast with most live events.

The weekly football showdown was also up against CBS’ 60 Minutes (1.2, 8.18M) and the premiere of A Christmas Proposal (0.4, 4.18M). CBS took the lead among non-sports programming, earning a nice boost from extended NFL Football overrun.

ABC’s Sunday primetime slate peaked with America’s Funniest Home Videos (0.4, 4.06M), followed by Celebrity Wheel of Fortune (0.3, 3.20M), then Supermarket Sweep (0.3, 1.93M). The Rookie (0.3, 2.59M) closed things out. ABC will have its own turn with NFL excitement on Monday night, featuring coverage of the L.A. Rams and Arizona Cardinals game. 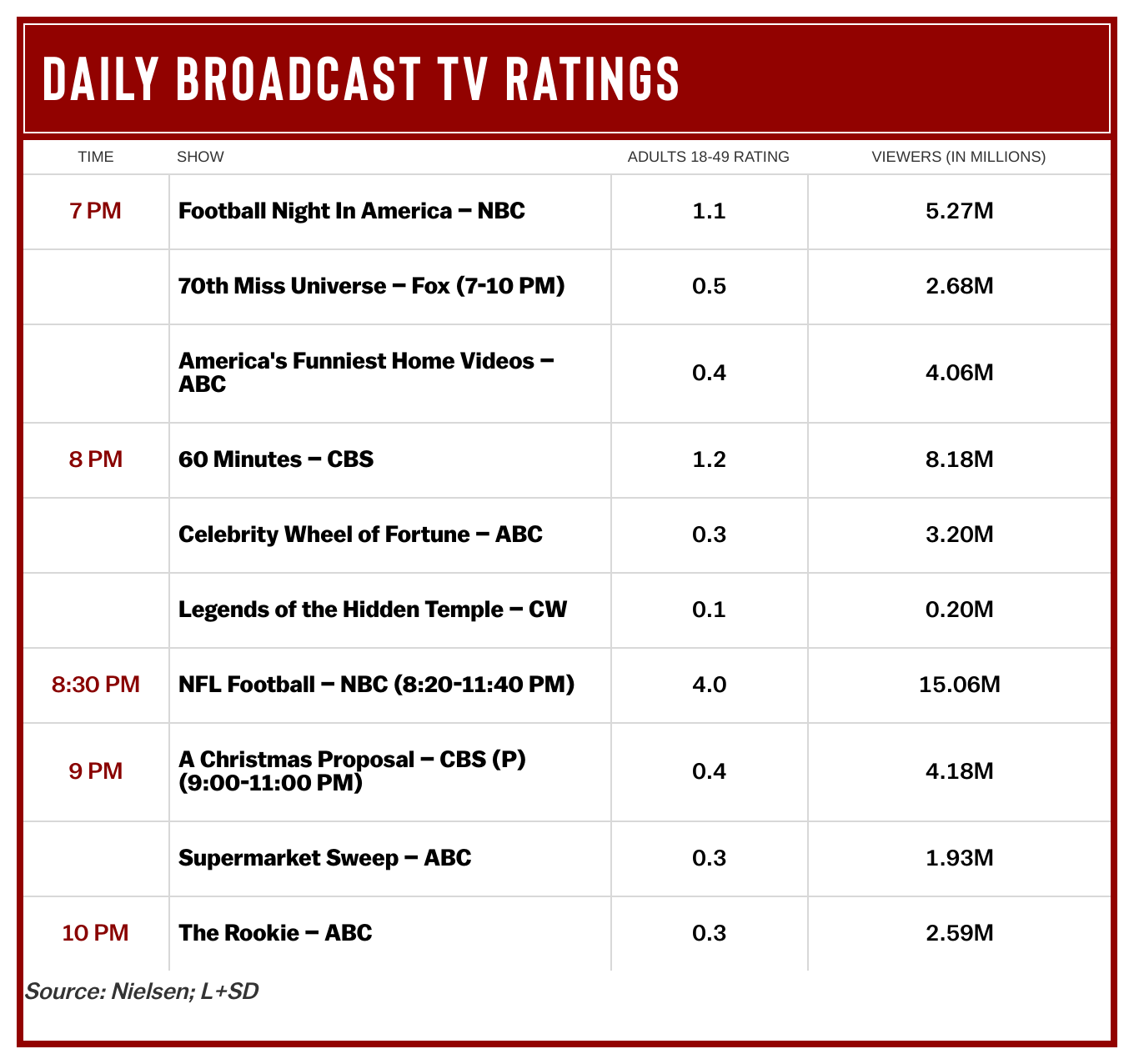