I can reveal that filming for Bond 25, the latest instalment of the 007 franchise, was due to start this autumn but has been put back to later next year as the lead man’s wife Rachel Weisz gives birth to their first child together. 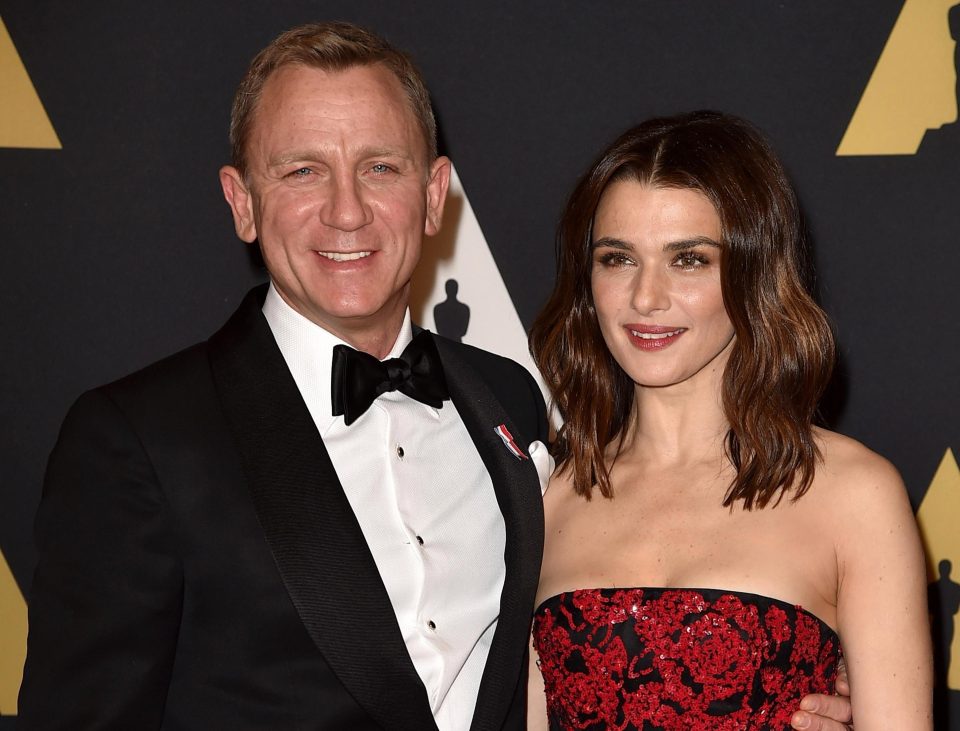 Director Danny Boyle will now have more time to complete his other new project, a Beatles-inspired film with writer Richard Curtis.

A film source said: “Pushing back the schedules suits all parties.

“Daniel can concentrate on matters at home with Rachel, which are pretty life-changing, to say the least.

“And Danny can now afford to add the finishing touches to his latest project without the prospect of a clash with a monster project like James Bond.” 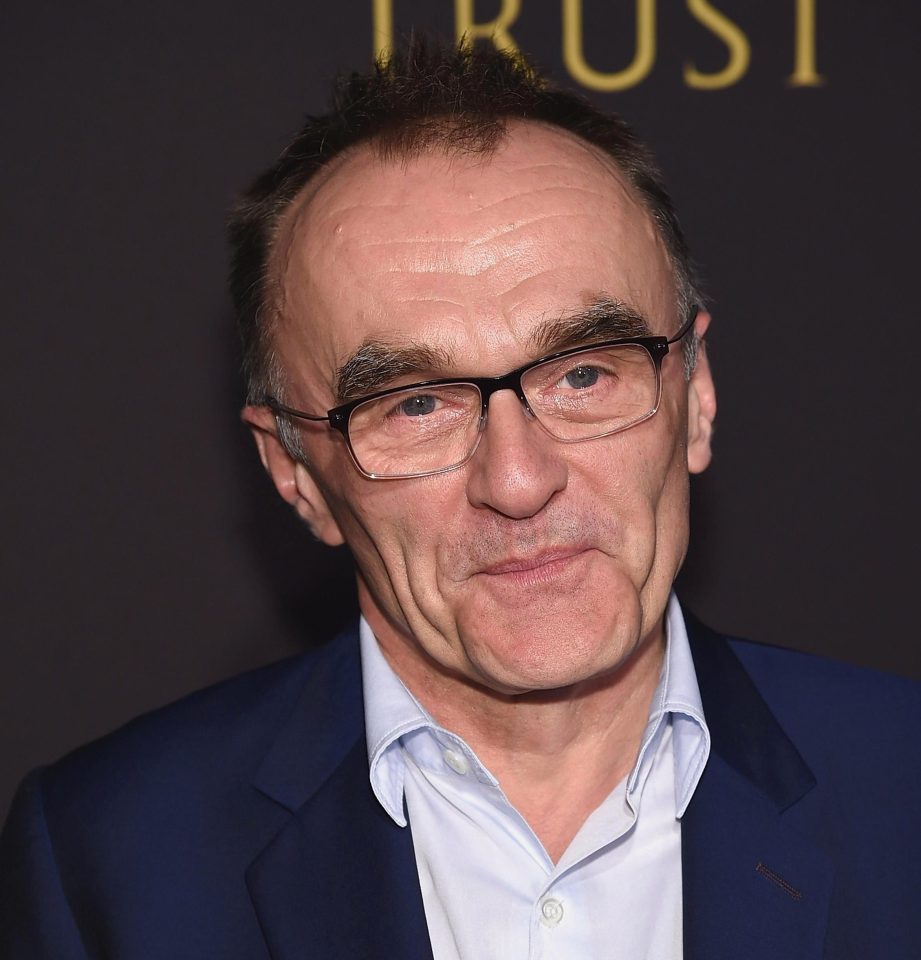 Oscar-winner Rachel revealed she was pregnant earlier this month and admitted this week she has been “feeling very dodgy for about four months”.

She also has an 11-year-old son, Henry, with US director Darren Aronofsky.

Daniel has a daughter, Ella, 25, with first wife Fiona Loudon.

The new 007 movie, which has yet to be named, currently has the ­working title Bond 25 to mark its place as the 25th film in the series made by Eon Productions. 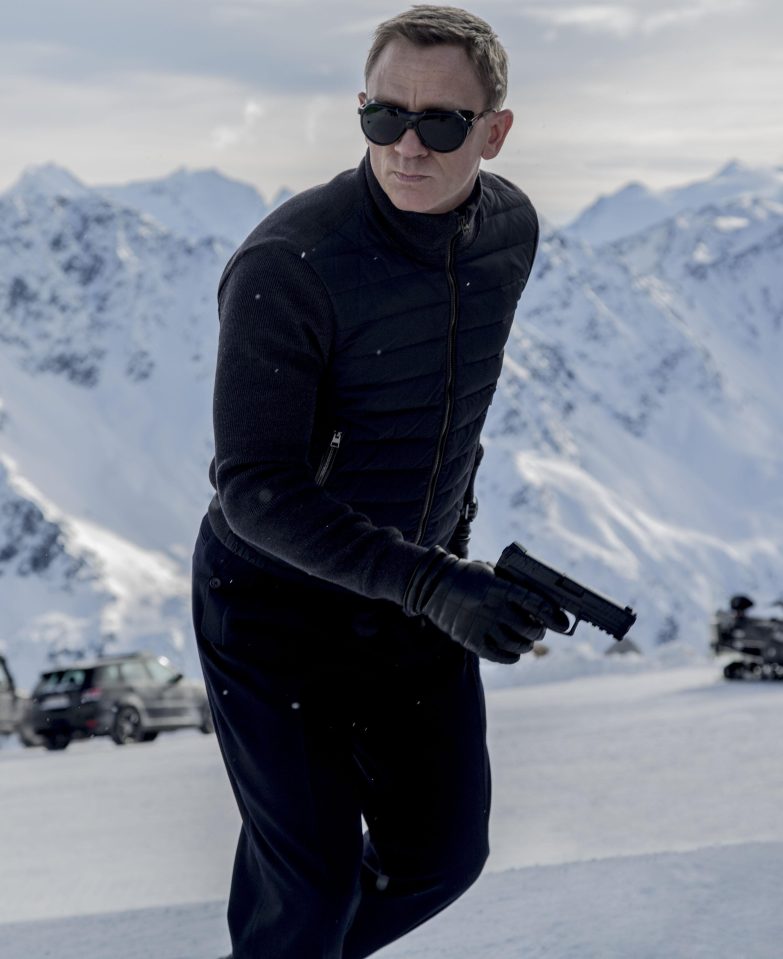 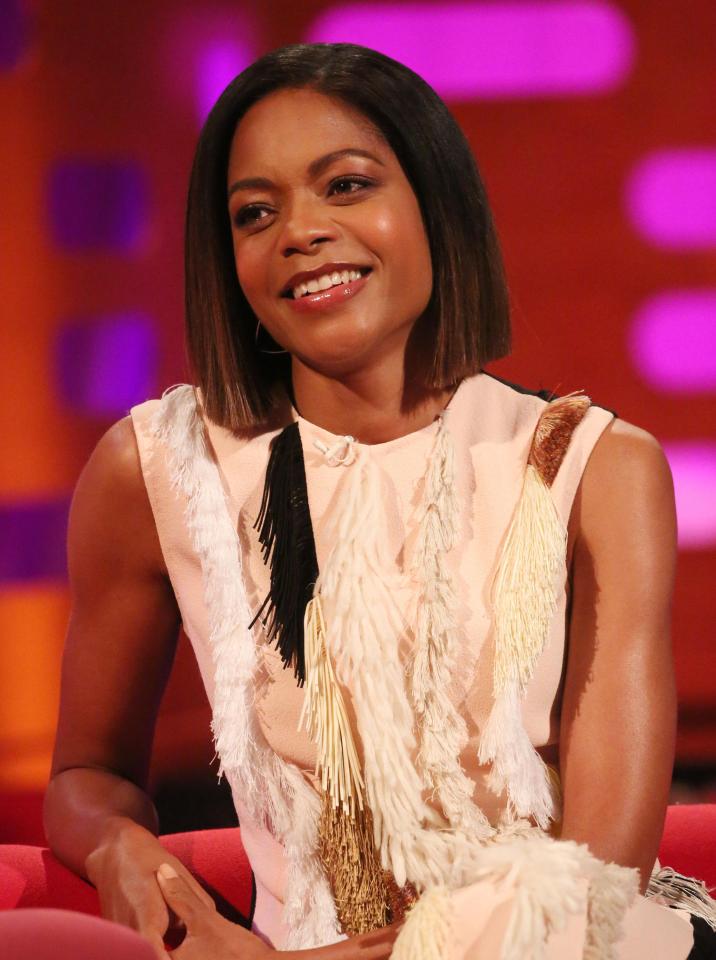 Director Danny is teaming up with Trainspotting screenwriter John Hodge on the script and their involvement encouraged Daniel to sign on for his fifth outing as the superspy.

However, British co-star Naomi Harris has yet to be told if she is to return as Miss Moneypenny.

Speaking this month before the schedule switch, she said: “I know nothing. I don’t know if I am in it, but I do know they start shooting at the end of the year.

“I have cleared my diary in anticipation but I don’t know.” 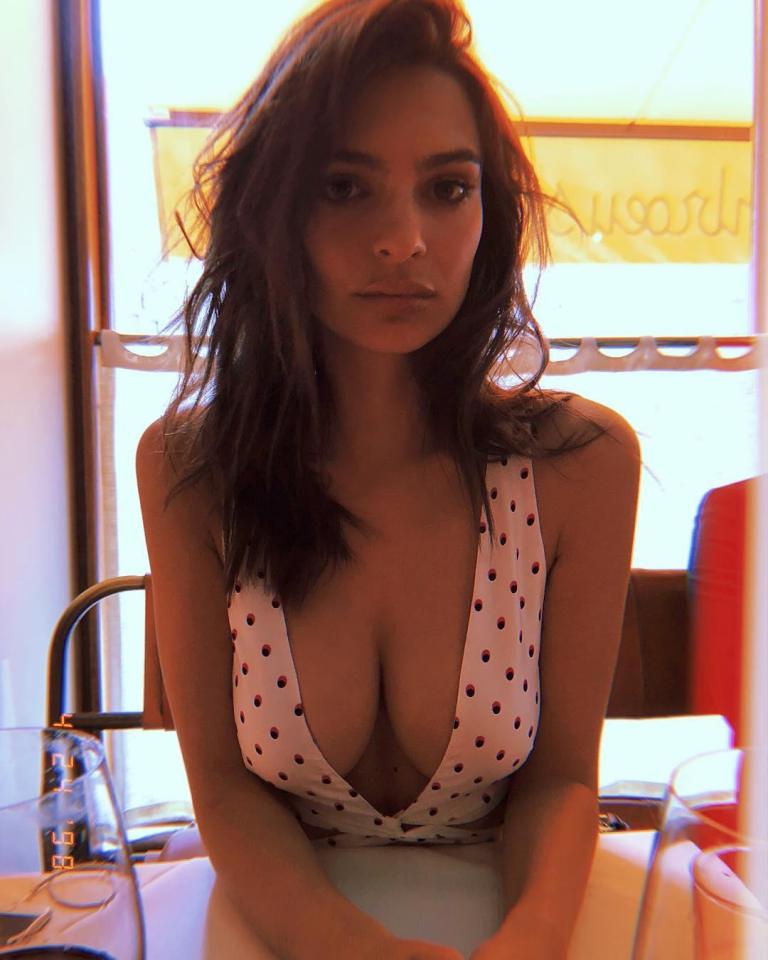 HER husband was spotted out without his wedding ring ­yesterday, but Emily Ratajkowski’s latest Instagram post should remind him to slip it back on . . .

SAM REVEALS HOW HE WENT TO POT 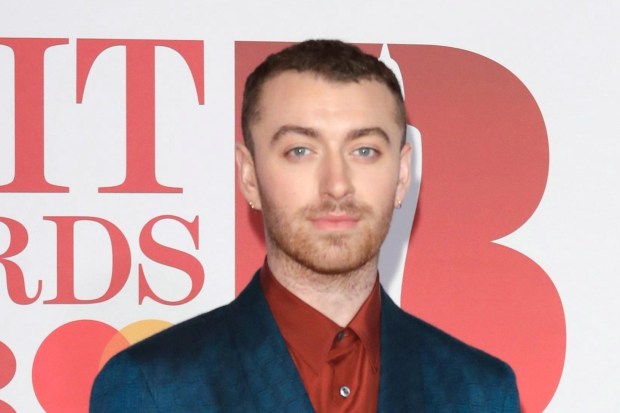 SUPERSTAR Sam Smith has admitted the real  reason for his weight gain at the start of his career – smoking pot and getting the munchies.

The singer confessed he would smoke the Class B drug when he was out boozing but traded the lifestyle for healthy eating and lost 3st.

Speaking about how he has now taken his regime one step further on podcast George Ezra & Friends, Sam said: “I haven’t drunk for a month now. It’s clarity.

“So then I’m putting on weight and I’m just sitting there sad.”

Sam managed to lose the extra pounds while writing his second album The Thrill Of It All, which he is now touring.

He added: “I was out in clubs until 4am not drinking, I started to realise I can still have fun, so much fun.

“You can still pole dance until 4am.”

Granted, it would be a lot harder to do that with the extra weight on.

'Chelle helps Jess get a grip on split 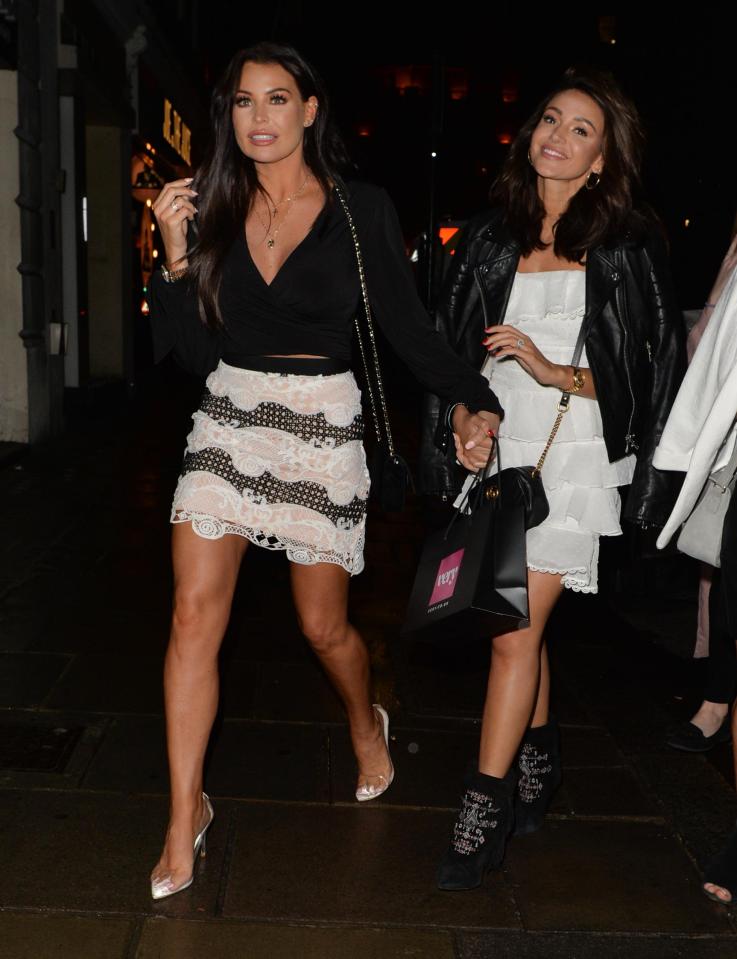 AFTER Jess Wright’s recent split, Michelle Keegan has offered her a shoulder to cry on.

I revealed yesterday how the Towie star was dumped by Strictly dancer Giovanni Pernice.

But instead of spending the night sobbing, Jess headed for an evening on the town with her sister-in-law Michelle.

The smiling pair were spotted leaving Novikov Restaurant and Bar in Mayfair, with Jess keeping a tight hold of Michelle’s hand.

Earlier in the day, Jess had supported Michelle at her Very clothing launch where she took to the catwalk.

At least Jess won’t have to put up with the famous Strictly curse later this year.

MIKE’S A HIT – AND YOU KNOW IT 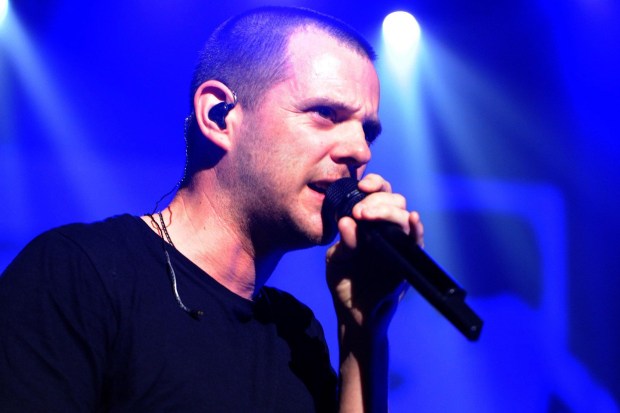 Mike Skinner and Co made time stand still as they brought their hedonistic Noughties garage back to London for their first tour since the frontman wrapped up the band following a burnout in 2011.

At the first of three massive sold-out shows, the boisterous Brummie was on a mission to make the most of his first proper time out from being a husband and dad-of-two.

He tore through the band’s back catalogue of ballads and bangers, from classics Don’t Mug Yourself and Fit But You Know It to No1 tearjerker Dry Your Eyes.

He was far less concerned with the new material the band have just put out.

Mike, backed by a five-piece band and two videographers, declared:  “I want my crown back. Do you understand me, Brixton?”

He sprayed champers over the beery crowd, making Wednesday night feel more like a big weekend on the lash.

And he introduced two-pint beer cups in a bid to beat their record of selling the most beer in a night at the south London venue.

It was a signal to send those lagers flying up into the crowd.

The soggy T-shirt was more than worth it.

— POP legends Chas and Dave have had to shelve a new FA Cup song for Spurs – after the club was knocked out in the semi-finals last weekend.

In an exclusive interview, Chas said: “I wrote a big one ready for the Spurs to get in the final this year but they blew it, didn’t they?

“It’s called Come On The Spurs. So I’ve had to put the song on the shelf for another year.”

Tottenham fan Chas added: “We’d like to do one for England at the World Cup.

“If someone approaches us and they like the idea, we will consider it but no one has asked yet.”

Chas and Dave will be joining acts including Bruno Mars at British Summer Time Hyde Park when they support Eric Clapton on Sunday, July 8. 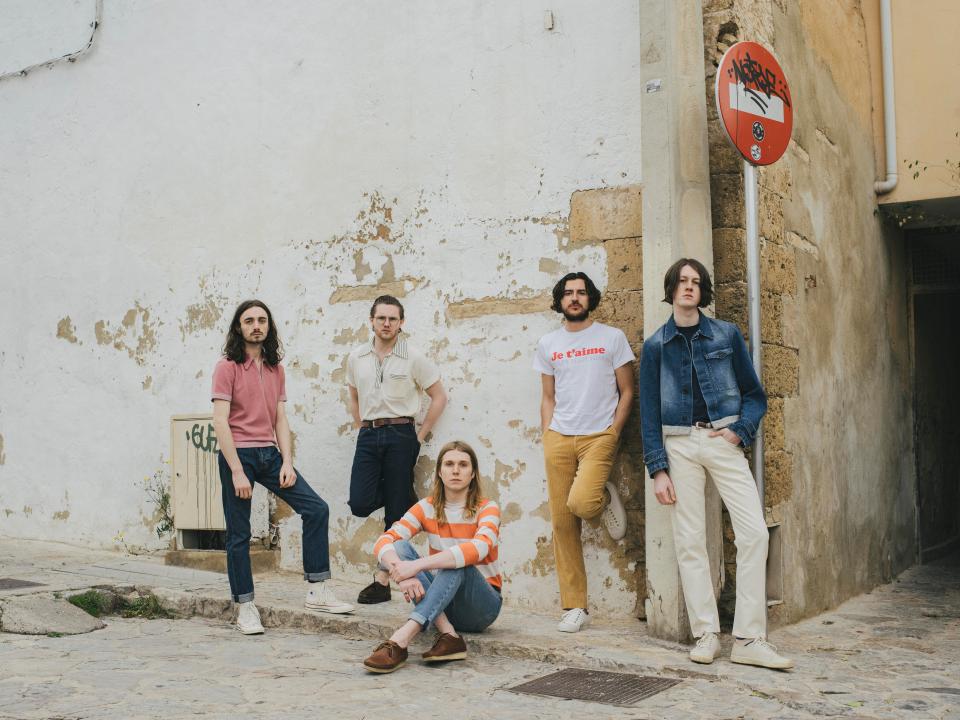 — BLOSSOMS have been soaring as support for Noel Gallagher’s Highflying Birds – after being offered the gig when Noel discovered the band were fellow Man City fans.

It didn’t seem to matter that the group, whose new album Cool Like You is out today, were previously recruited by his warring brother Liam to write a song for his first solo album.

“He was really cool and funny, but obviously we’ve toured with Noel and spent more time with him.”

Sounds like that tune could soon be heading Noel’s way.