The Fox show will be bidding farewell to Winston’s beloved cat Ferguson in the next episode. But wait! It gets even worse when you learn that Jess may actually have played a part in killing him. Eek.

In a promo clip from the fourth episode of season seven, we see a whole funeral procession for Winston’s whiskered friend.

The tombstone includes a reference to Game of Thrones too, with the words “and now his watch has ended” inscribed.

However, Jess later admits: “I killed Ferguson”, before we see a clip of Winston wrecked with grief. We feel his pain. RIP Ferguson.

The cat isn’t the only thing coming to an end either, as New Girl itself will be wrapping-up for good at the end of this season, something star Zooey Deschanel says is necessary. 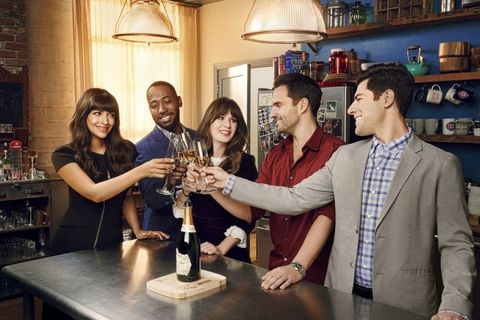 “It felt like we were ready for it to be the end, in a bittersweet way,” she said. “But it wasn’t difficult. It was like finishing a marathon, like we did this really long run for seven years and we’ve played these characters a long time.

“It’s not like there was any unfinished business. It felt like the right time to be ending it in the best way. I’m sad not to see my friends that I’ve worked with every day for so long, but it was all really positive in the end.

“I really wanted to do another season just so that we could send the show off properly. I appreciated that opportunity.”