Earlier this month, Ricky Whittle shared a photo of the cast and crew as work started on season two, which had been plagued by production troubles – not least the departure of Gillian Anderson.

The video also sees Whittle give us official confirmation that season two wouldn’t be on our screens until 2019, something that most fans have accepted by now in any case.

Back in January, Starz CEO Chris Albrecht admitted he’d had “trouble” pulling the second season together following some big-name departures.

First, we had the departure of showrunner Bryan Fuller (who has been replaced by Lost writer Jesse Alexander) and then actress Gillian Anderson quit her role as the God of Media. 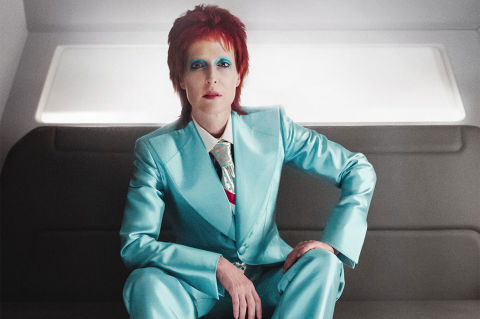 Cleverly, the writers have cast a new, younger actress and decided to reboot the character as New Media, a commentary on our fast-moving social media culture.

Before Fuller left, star Pablo Schreiber had let slip that season two was set to feature more episodes that focus solely on one character, but we’ll wait to see if that is still the case.

American Gods season two arrives on Amazon Prime Video in the UK in 2019 and Starz in the US.