Ratings: ‘The Bachelorette’ Faces Off With Stanley Cup Finals Game 4

Due to the nature of live sports, the below initial Nielsen numbers for ABC should be considered subject to significant adjustment. These should only rise. 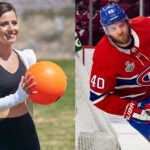 ABC was first in ratings with a 1.8 rating in the advertiser-coveted 18-49 demographic and in total viewers with an average of 5.7 million, according to preliminary numbers. The first 30 minutes of ABC’s (east coast) primetime, “Jimmy Kimmel Live Game Night,” had a 1.2 demo rating and 4.6 million total viewers. Pregame show “NBA Countdown” occupied the following half-hour, and then it was time for tipoff.

NBC returns its own sports-championship series tonight, when the puck drops on Game 5 of the 2021 NHL Stanley Cup Finals. The Tampa Bay Lightning gets another crack to close out the series. 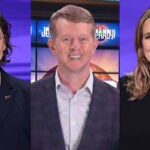 CBS was fourth in ratings with a 0.3 and fourth in total viewers with 3.4 million, airing all reruns.

We do not have Nielsen numbers for Spanish-language networks Univision and Telemundo.