Georgina Chapman has broken her silence on Harvey Weinstein, her estranged husband who was accused of decades of sexual harassment and assault in bombshell reports from The New York Times and The New Yorker in October.

The fashion designer, who has kept a low profile since the news broke, opened up in an interview with Vogue, saying she was never suspicious of his behaviour. 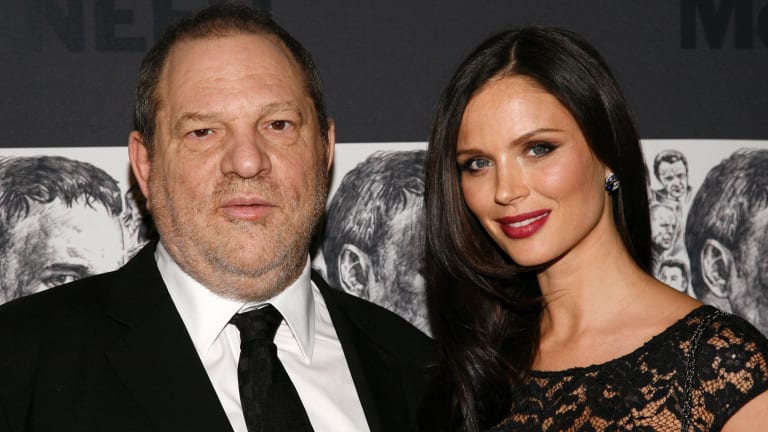 Chapman also explained her reasoning for staying out of the spotlight since the allegations against Weinstein came to light.

"I was so humiliated and so broken… that… I, I, I… didn't think it was respectful to go out," she said. "I thought, 'Who am I to be parading around with all of this going on?' It's still so very, very raw. I was walking up the stairs the other day and I stopped; it was like all the air had been punched out of my lungs."

She added that, although it took her some time, she has seen a therapist.

"At first I couldn't, because I was too shocked," she said. "And I somehow felt that I didn't deserve it. And then I realised: this has happened. I have to own it. I have to move forward."

She also broke down when talking about the children she shares with Weinstein: daughter India, 7, and son Dashiell, 5.

"What are their lives going to be? What are people going to say to them? It's like, they love their dad. They love him. I just can't bear it for them." 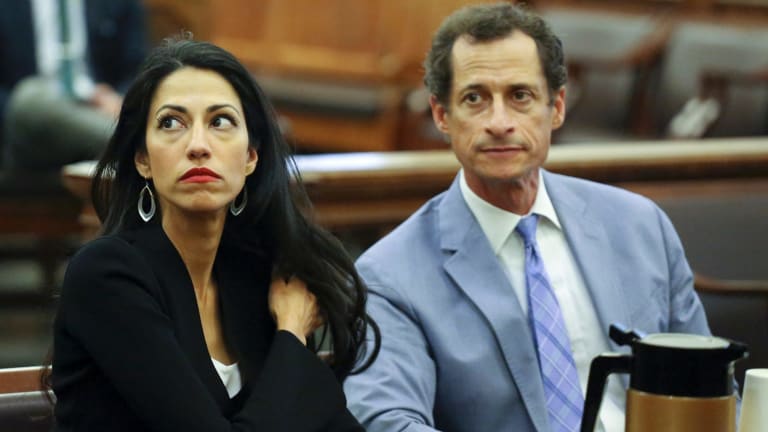 Huma Abedin, pictured with ex-husband Anthony Weiner, said she had formed a special bond with Chapman.

In the Vogue piece, Huma Abedin, ex-wife of disgraced New York congressman Anthony Weiner, said she had formed a special bond with Chapman.

"This particular club, ironically, it's not such a small one: women who have had to endure it in such a public way, women like Georgina and me," she said. "People don't feel sorry for us; you don't get that empathy."

Abedin, who served as vice chair of Hillary Clinton's presidential campaign, divorced Weiner after he was convicted of sending explicit photos of himself to a minor. 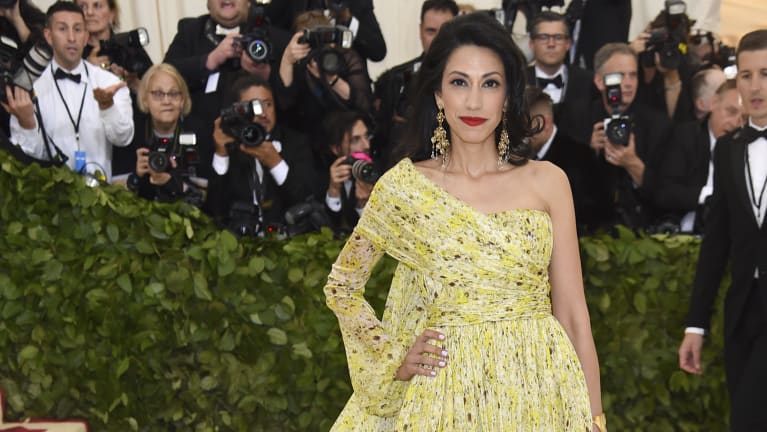 Huma Abedin at the Metropolitan Museum of Art’s Costume Institute benefit this week.

Life presses on for Chapman, which includes work with the fashion label she co-founded, Marchesa.

Many speculated whether the once-beloved line would survive in a post-Weinstein world, especially considering Weinstein had a hand in promoting the brand with stars on the red carpet. Things looked bleak when, for the first time since the brand's launch in 2004, not one actress wore Marchesa to the Golden Globes in January. 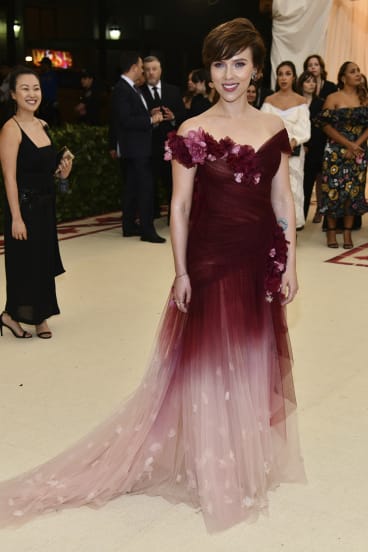 After nobody wore Marchesa to the Golden Globes, Scarlett Johnasson donned Champan’s label at the Met Gala this week.

Chapman's friend, writer Neil Gaiman, told Vogue that although Marchesa got a push from the disgraced movie mogul, the brand stands on its own.

"You cannot hype something from nothing and make it last," Gaiman said. "And Harvey's hyping worked because George is actually an artist. I've watched her at work and been impressed and fascinated. She has a vision, and she's really good at it."

Vogue's editor-in-chief Anna Wintour is also supporting Chapman, who she defended in her June editor's letter.

"I am firmly convinced that Georgina had no idea about her husband's behaviour; blaming her for any of it, as too many have in our gladiatorial digital age, is wrong," she wrote. "I believe that one should not hold a person responsible for the actions of his or her partner."

Scarlett Johansson also supported the brand Monday when she wore Marchesa to the annual Met Gala.