The TV presenter, 40, looked stunning without a scrap of make-up on as she enjoyed a dip in the sea in the Middle East on Thursday. 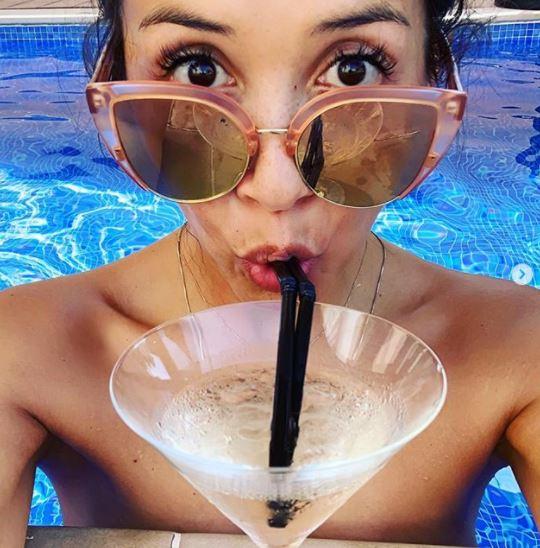 Myleene looked like she was topless in her playful snap with boyfriend Simon.

The lovebirds enjoyed some quality time together as they larked around in the pool.

In another shot the mother-of two covered her boobs to stop them popping out of her very low blue bikini.

She sizzled in her selfie alongside fashion PR Simon. 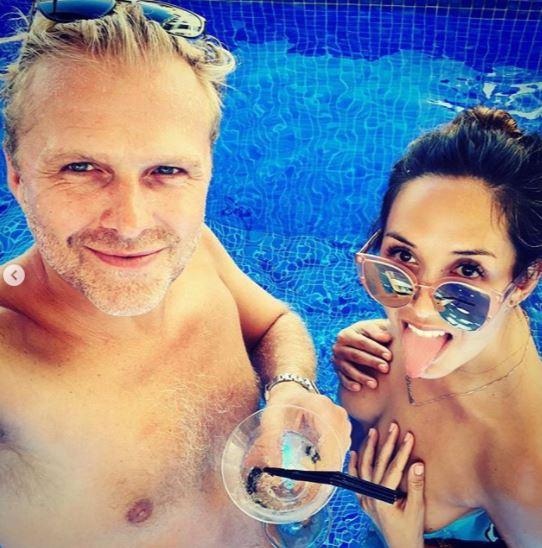 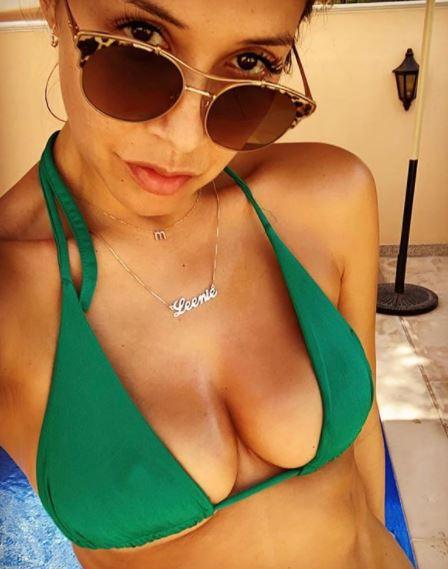 The star also treated fans to another shot showing a hint of underboob on her Instagram.

She looked stunning in a tiny green bikini that showed off her famous cleavage.

The former Hear'Say singer, who launched her My Body By Myleene fitness programme earlier this year, was glowing in the picture.

Her fans certainly approved with one commenting: "Such an amazing body," while another added: "Beautiful lady that does not look a day over 21."

Myleene and Simon have been in a blissful relationship for almost three years.

She married Graham – the father of her two daughters Ava, 11, and Hero, seven – in 2011, but they split just six months later.

Graham is believed to have walked out on her without warning on her 34th birthday and they finalised their divorce in 2013.