And it’s proven to be the case again as former EastEnders star Ben Hardy appeared on today’s (April 26) This Morning to talk about his current role in BBC One’s adaptation of The Woman in White.

But all some fans could think of was how Hardy’s accent was not what they expected it to be.

However, it seems like Hardy can’t win, as back when he first took over the role of Peter Beale in EastEnders, some fans thought he sounded too posh to be Ian’s son, which we think is a bit harsh on Ian.

During his interview, Hardy spoke about deciding not to go topless during The Woman in White following his recent criticism of EastEnders.

“I was presented with the option of nice Victorian pyjamas or to be topless and I chose the former. I think it felt, for this piece, it would have been maybe a little bit gratuitous,” he explained. 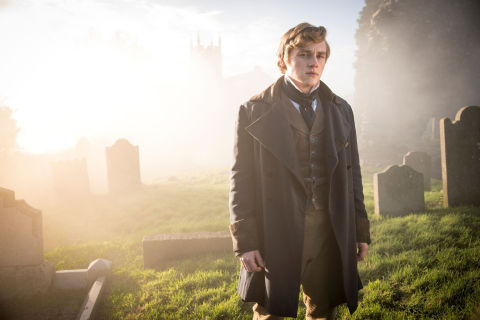 Over the weekend, Hardy said that he felt Peter Beale was topless too often on the BBC soap.

This Morning continues weekdays at 10.30am on ITV, while The Woman in White continues this Sunday (April 29) at 9pm on BBC One.