Following unexpected delays in the wake of the coronavirus pandemic, production on the popular Spanish thriller’s fifth and final season is well underway. When Money Heist returns to Netflix, will viewers learn the surprising truth about Denver and Stockholm’s son Cincinnati?

In the gripping finale, Alicia Sierra (Najwa Nimri) infiltrated the gang’s hideout and ended the episode holding the Professor (Álvaro Morte) at gunpoint.

Meanwhile, the team of criminals were left enraged by the sudden death of Nairobi (Alba Flores) and prepared to take the fight to the next level.

Throughout the continuing hiatus leading up to the fifth and final season of Money Heist, fans have had plenty of time to speculate what’s to come in the epic finale. 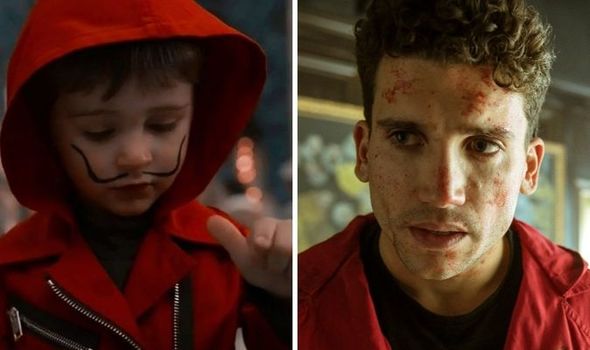 After spotting some cryptic clues, some viewers are convinced there’s much more to unhinged police inspector Alicia Sierra than meets the eye.

Moreover, as the series has become more infamous for its outlandish and unpredictable reveals, other fans have even started pointing fingers at budding bank robber, Cincinnati (Luca Anton).

Cincinnati made a brief appearance in the third season when it was revealed Monica Gaztambide (Esther Acebo) was raising her son with her husband Denver (Jaime Lorente).

Monica was confirmed to be pregnant throughout Money Heist’s first season thanks to an affair with the Royal Mint’s irritating director Arturo Román (Enrique Arce). 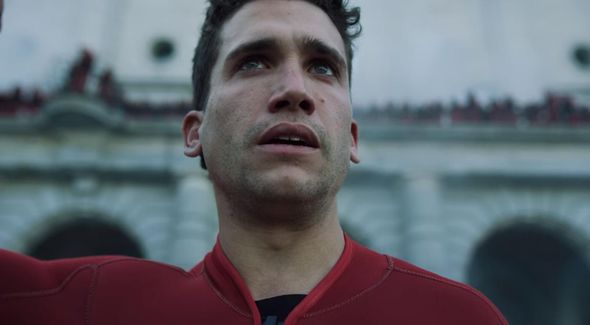 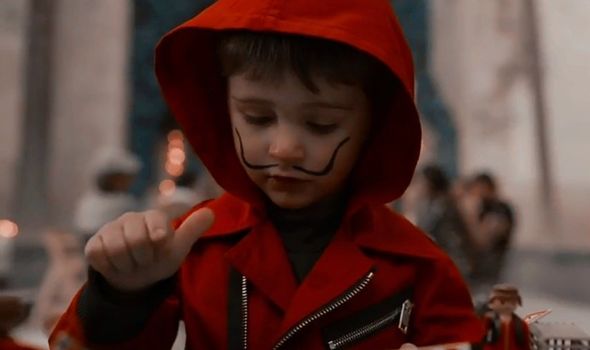 Thankfully, Arturo is no longer in the picture, however one fan is sure the cowardly banker could have had more to do with Cincinnati’s upbringing than previously thought.

They took to Reddit to propose the theory, which drew divisive responses from fellow fans.

Redditor tvseriesonly posted: “During the first heist we see Denver and Stockholm having sex.

“[But] before the heist Arturo said that he was sterile, so maybe Cincinnati is Denver’s son?”

In the midst of all the action of Money Heist’s first season, Denver and Monica got down to some illicit activity of their own.

After Arturo begins to show his true colours, Monica and Denver start a relationship, and later get married.

Monica even joined the team’s second hit on the Bank of Spain in Money Heist’s third season and took on a city-based nickname of her own, Stockholm.

While it’s certainly a pleasant thought to imagine Denver and Cincinnati could actually be related by blood, fans took to the comments and insisted this theory was too ludicrous, even by Money Heist’s standards.

One fan said: “Monica told Arturo she was pregnant before the heist happened if I recall correctly. So it’s definitely Arturo’s.”

Though the original poster argued the pregnancy test could have been faulty, the series does indeed establish Monica was almost definitely pregnant before the heist kicks off.

Another irritated viewer agreed and added: “This is an unbelievably stupid theory considering she asked for an abortion pill in the first or second episode.”

Unfortunately, fans may never find out if this theory is true as Money Heist will wrap up after the final season, aiming to hit Netflix next year.

As the comments have demonstrated, though, most of the audience agrees Denver probably isn’t Cincinnati’s real father.

Money Heist season 4 is available to stream on Netflix.