Other viewers watching coverage of Prince Harry and Meghan Markle's big day joked the fashion designer looked as though she was “dressed for a funeral”. 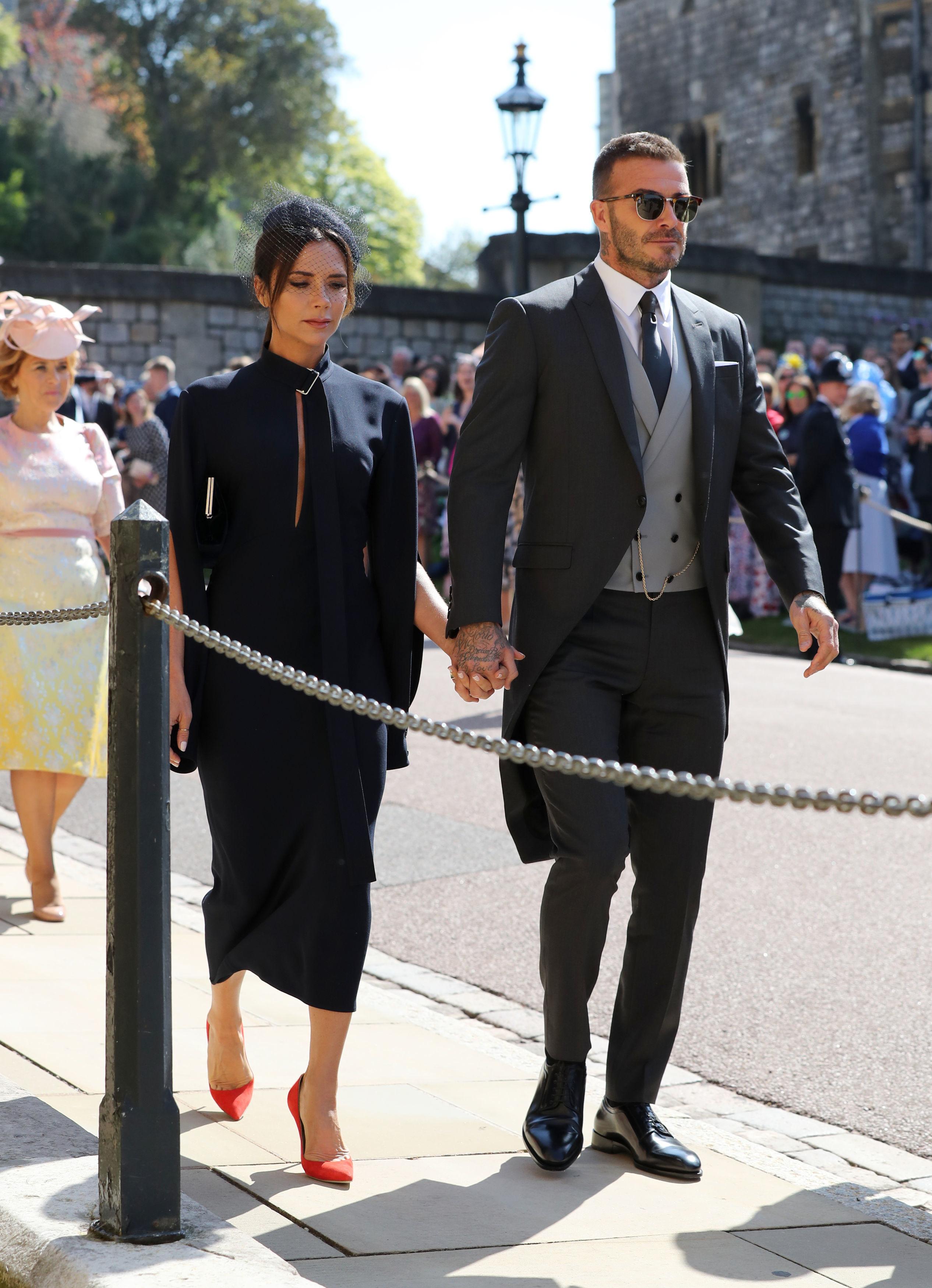 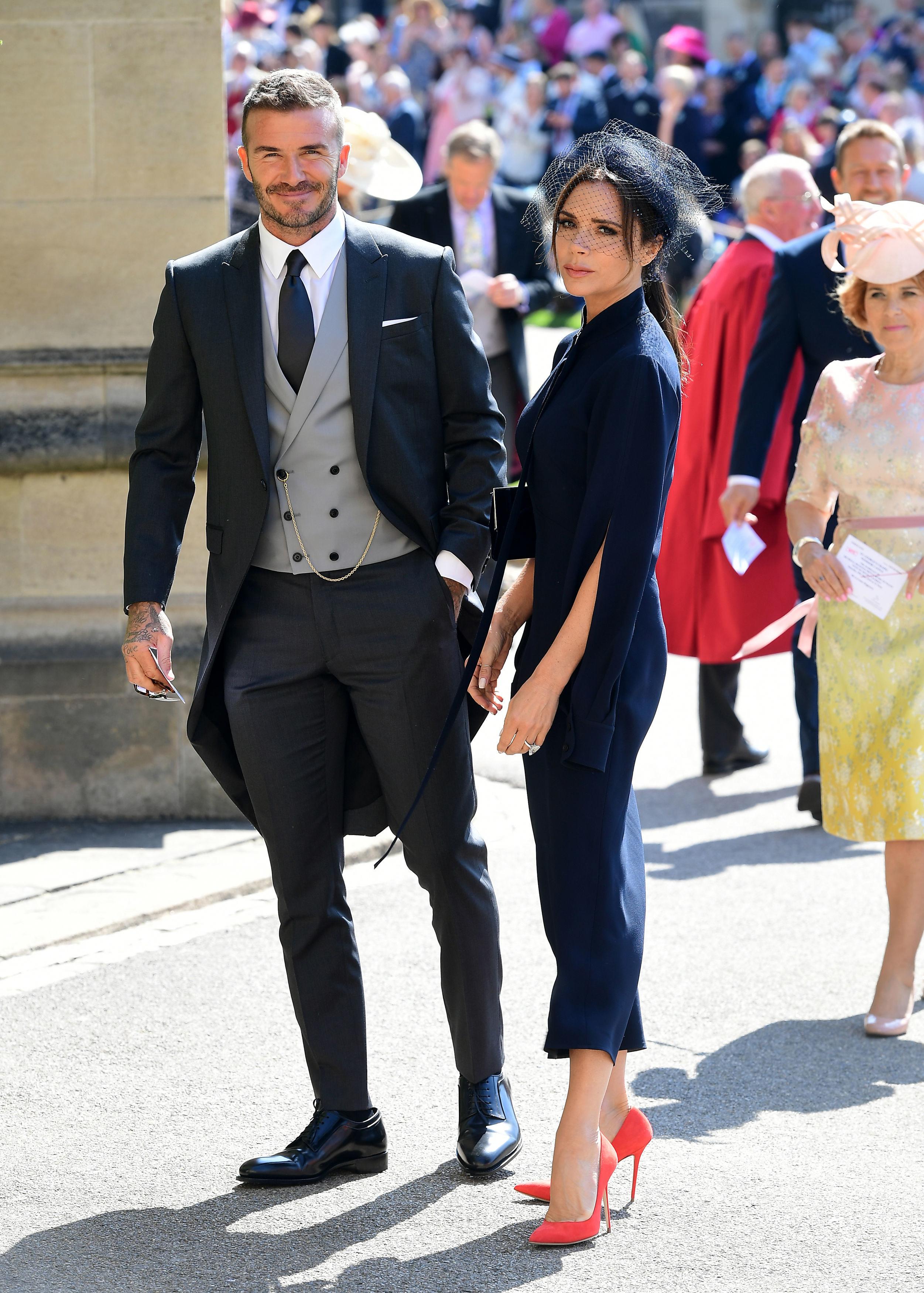 Former Spice Girl Victoria looked less than impressed with the early arrival time and grimaced as David beamed for the crowds.

Piers posted a snap of her online and joked: “Victoria Beckham wearing a stunning scowl.”

Journalist Caitlin Moran said Vic's scowl "is the 'Pippa's bum' of this wedding."

One fan who spotted her tweeted: “Why Victoria Beckham looks miserable!” 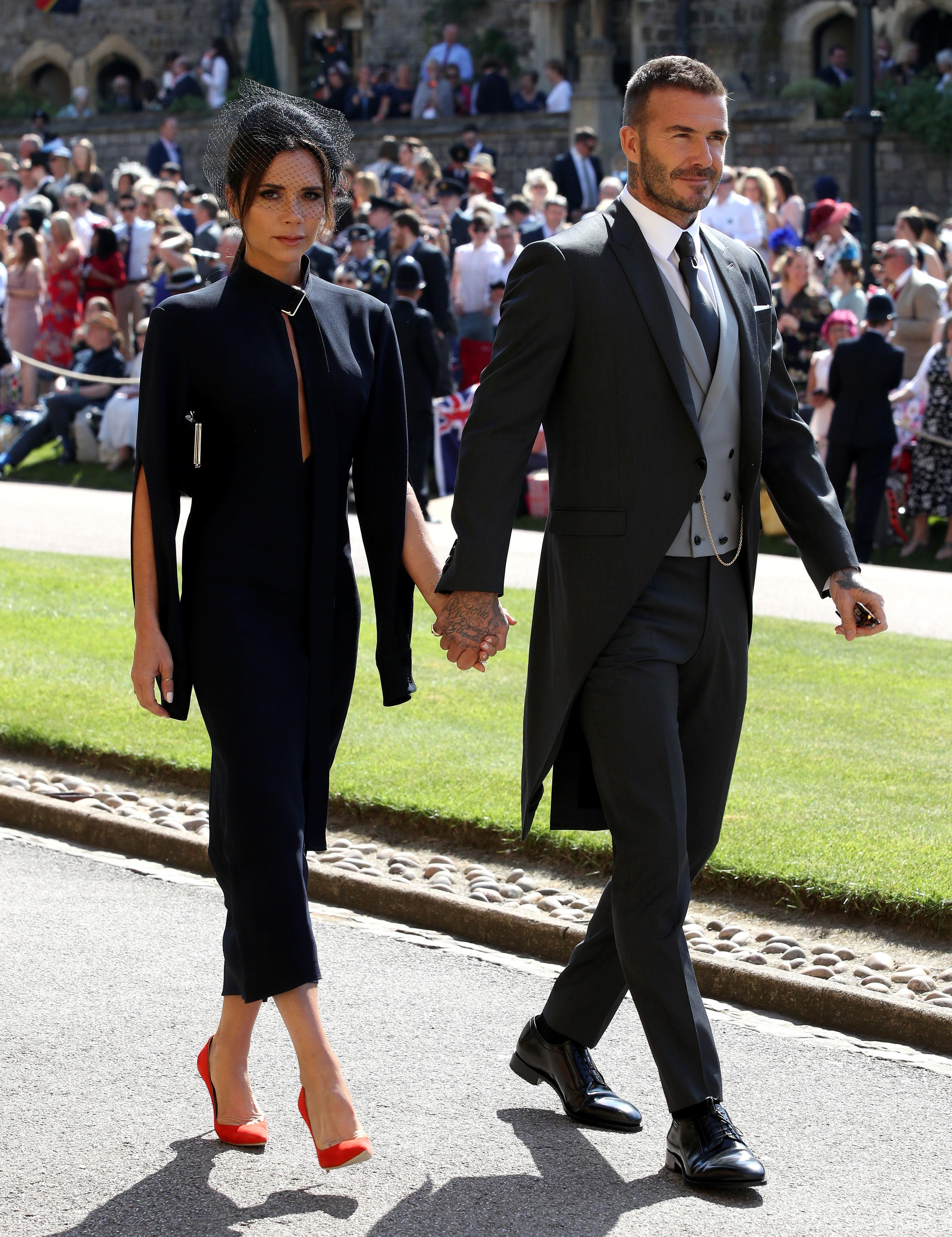 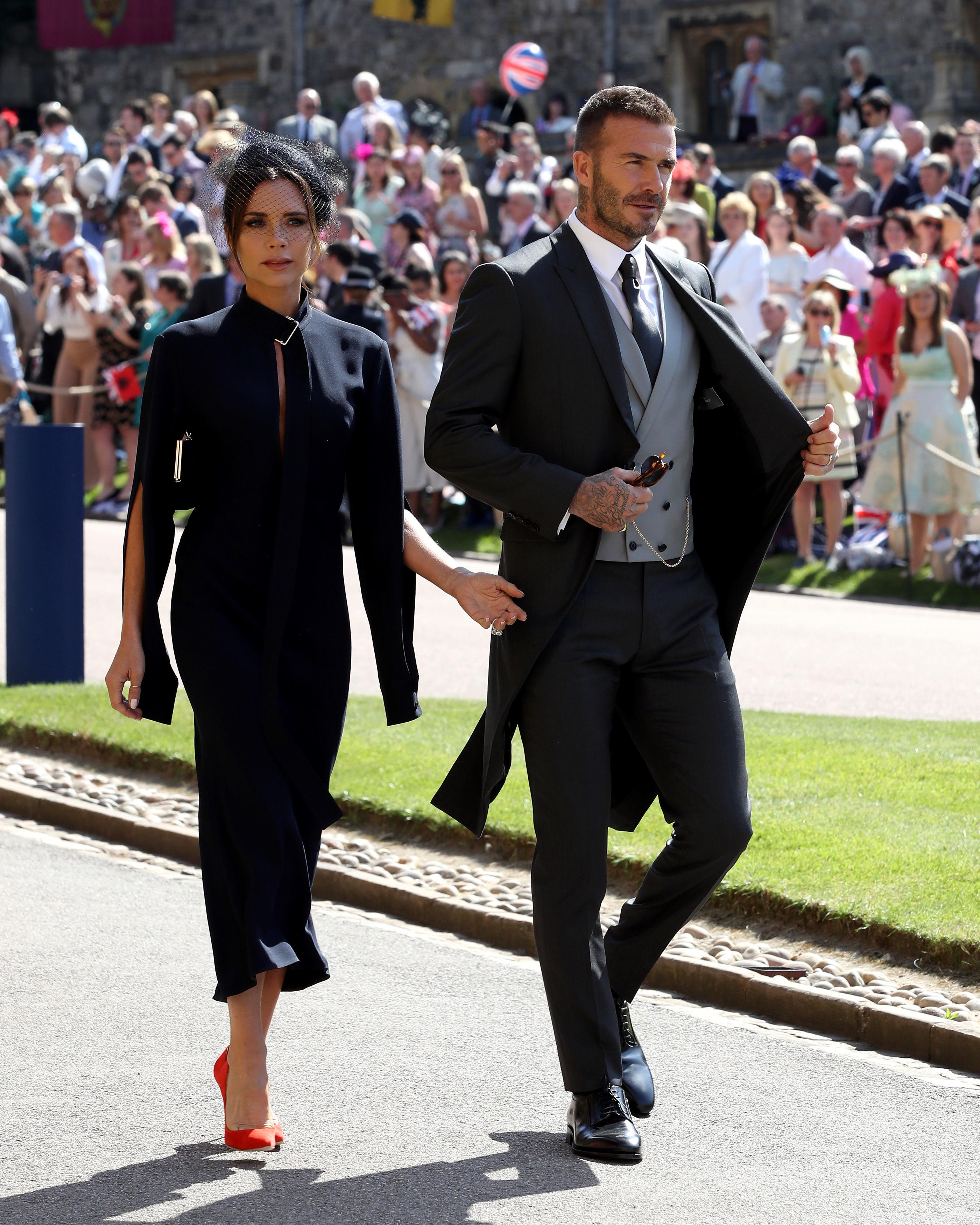 How the Royal Wedding has unfolded so far…

Another told their followers: “Victoria Beckham dressed like she’s going to the funeral of Meghan Markle’s single life. A grieving queen.”

While a third joked: “Victoria Beckham looks like she would rather be literally anywhere else.”

Her struggle to raise a grin even got a comment from a BBC reporter who said live on air: “It would be nice if Victoria Beckham smiled.”

David on the other hand appeared in good spirits – even posing for pictures with fans outside the chapel. 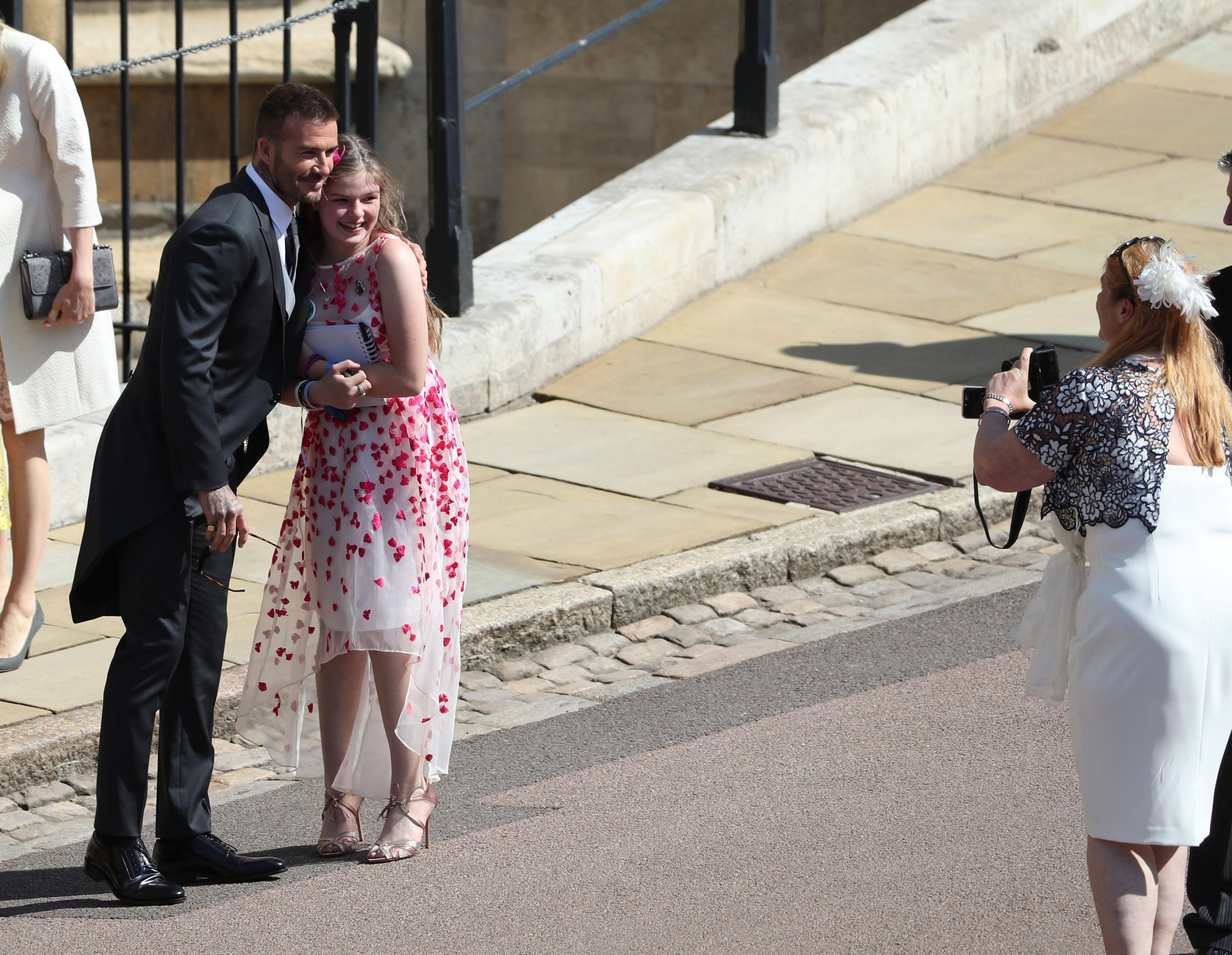 This morning, Katie Price sent her fans into a frenzy when she hinted she'd bagged an invite to the ceremony.

She posted a video of herself getting her hair done in a swanky salon just 30 minutes from Windsor.

Want to celebrate Harry and Meghan's wedding like a royal?

We've made a brand new Snapchat lens just for the big day!