THEY clearly have majestic chemistry on TV and now fans are wondering if the stars of The Crown have found love in real life.

Matt Smith, Prince Philip in the Netflix drama, has reportedly “grown close” to his old co-star, Claire Foy, who starred as Queen Eilzabeth II, after a rumoured split from Lily James. 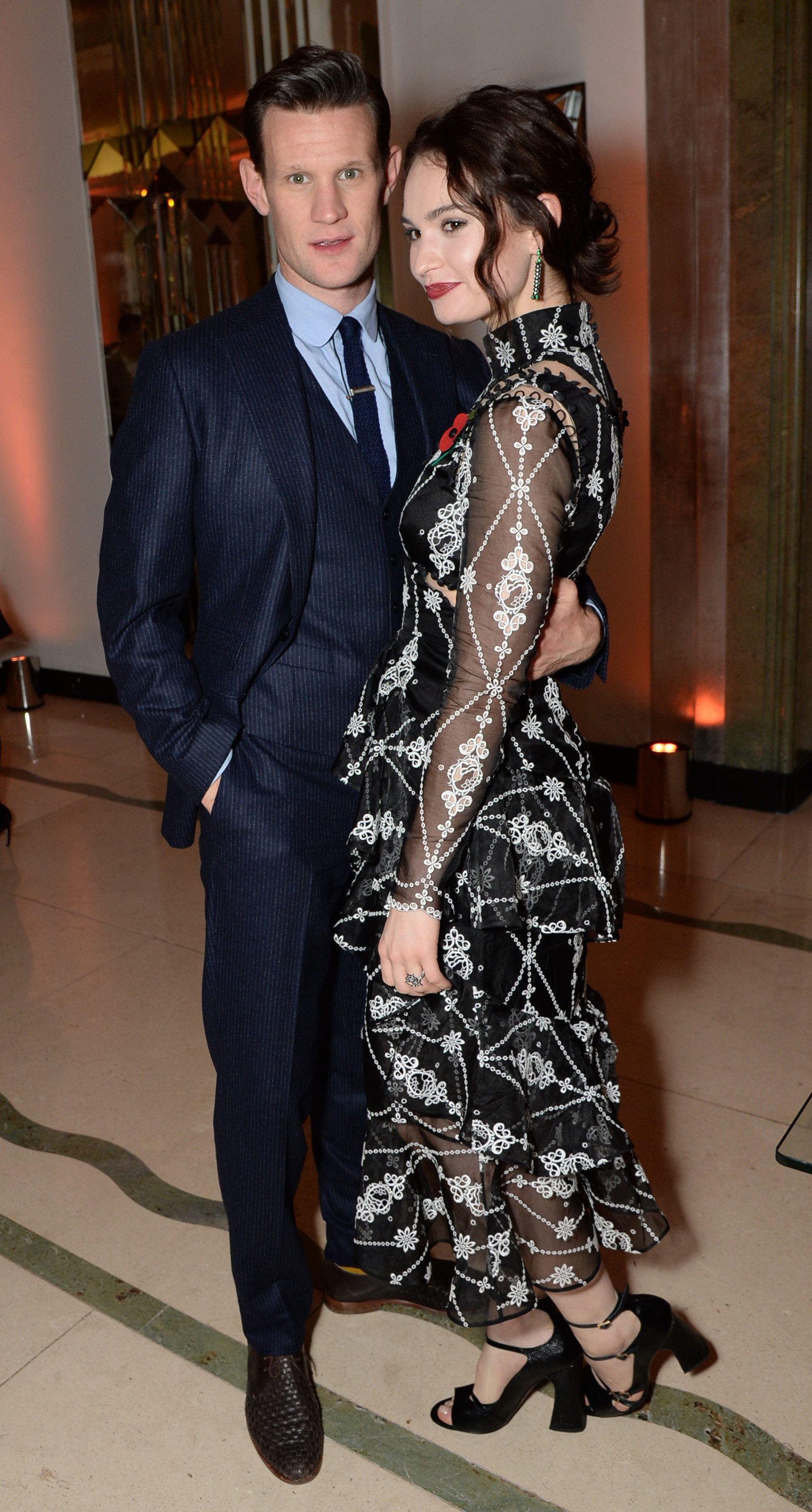 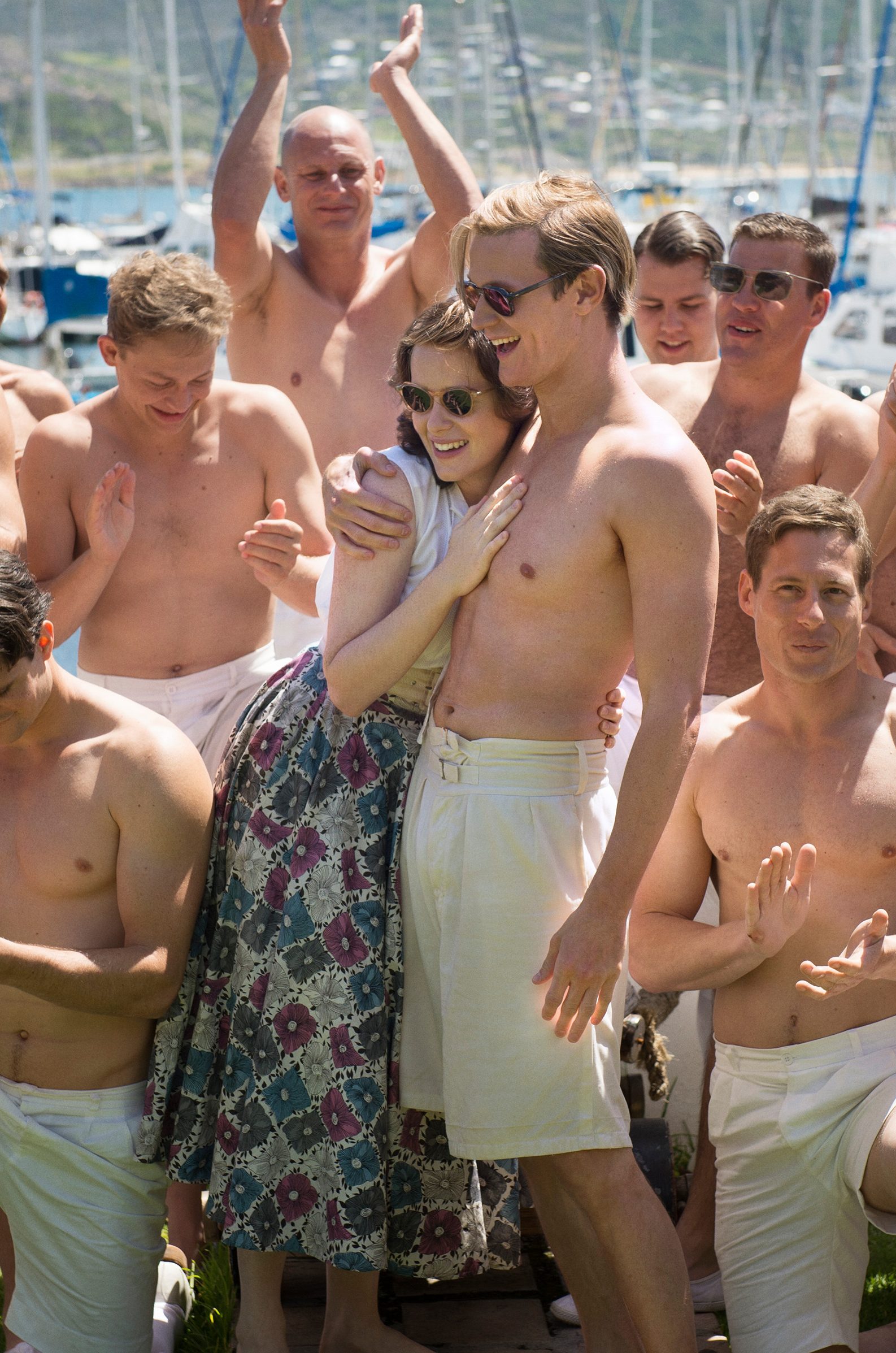 He and Mamma Mia! actress Lily, 30, have not been pictured together since August. Nor was she spotted at Matt’s 37th birthday bash in October.

Matt and Claire, 35, have been spending more time together in North London, where they both live, leading to speculation of a romance.

It wouldn’t be the first time former Doctor Who Matt has struck up a close bond with a co-star.

The prolific thespian has clocked up so many conquests he could star in a play about himself – which might go like this . . .

A FINE maiden was she who once stole the heart of top Virgin Radio DJ Chris Evans.

But now it would be our dashing hero Matt that would catch the gaze of ­Billie Piper. 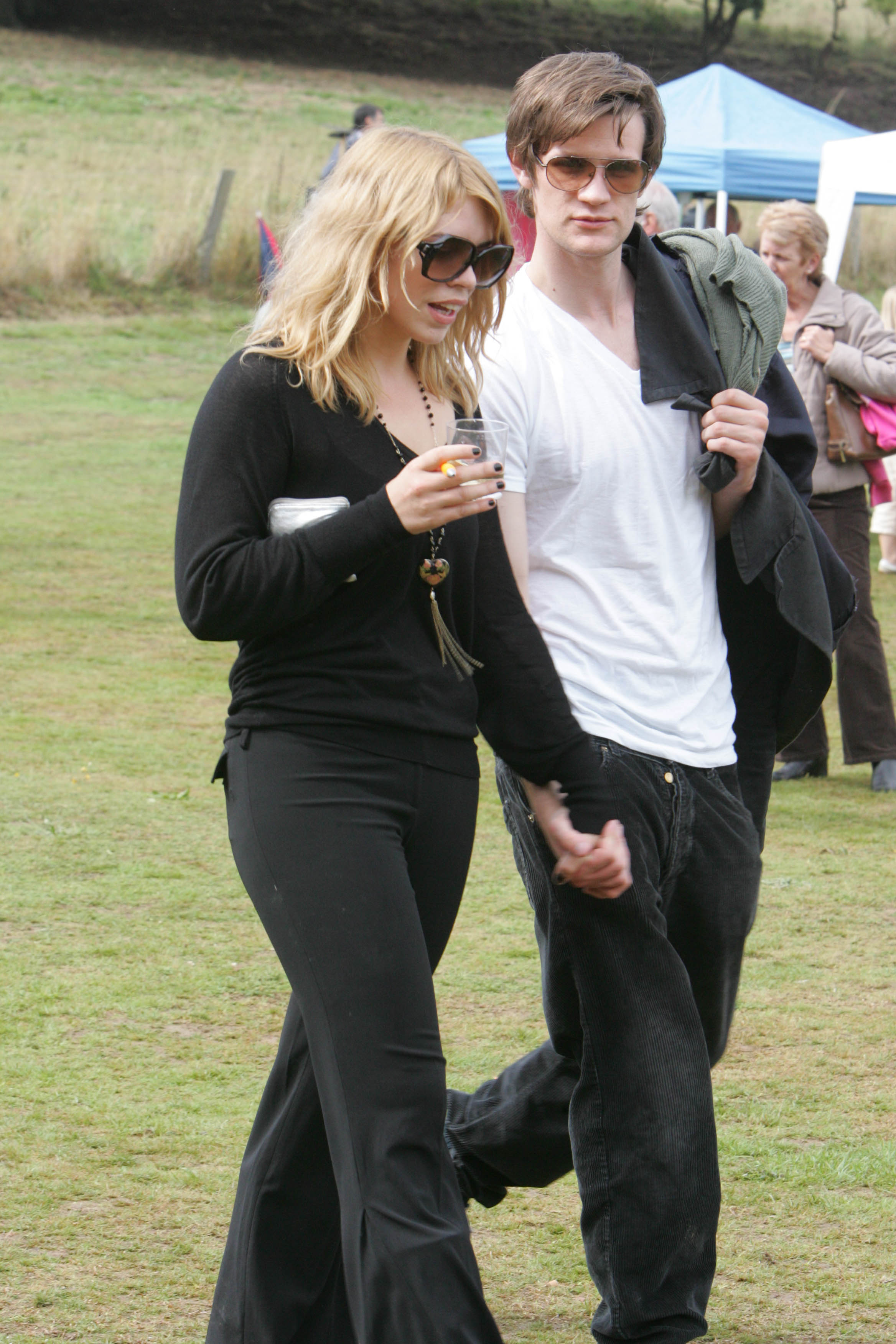 Gallant Matt appeared to take centre stage for the flaxen-haired damsel when they were spotted holding hands at a village fete in Surrey in 2006.

One on-looker said: “They were very touchy-feely and seemed really at ease with each other. Everybody assumed they were a couple by the way they were acting.”

Our two leading lights had grown close on the set of BBC drama The Ruby In The Smoke – in which Billie played a feisty Victorian heroine and Matt an amateur sleuth, his first TV role.

Matt also had a small part in the former pop star’s ITV2 series Secret Diary Of A Call Girl the following year.

Young Piper, of course, had been the assistant to David Tennant’s Timelord in long-running telly hit ­Doctor Who – and Matt later went on to become his ­successor.

Billie’s love life has largely been a three-act drama, starting with Chris, then another actor, Laurence Fox, and now rocker Johnny Lloyd.

IT would be from the cold north that Matt’s next rumoured romance would emerge. And a model no less. 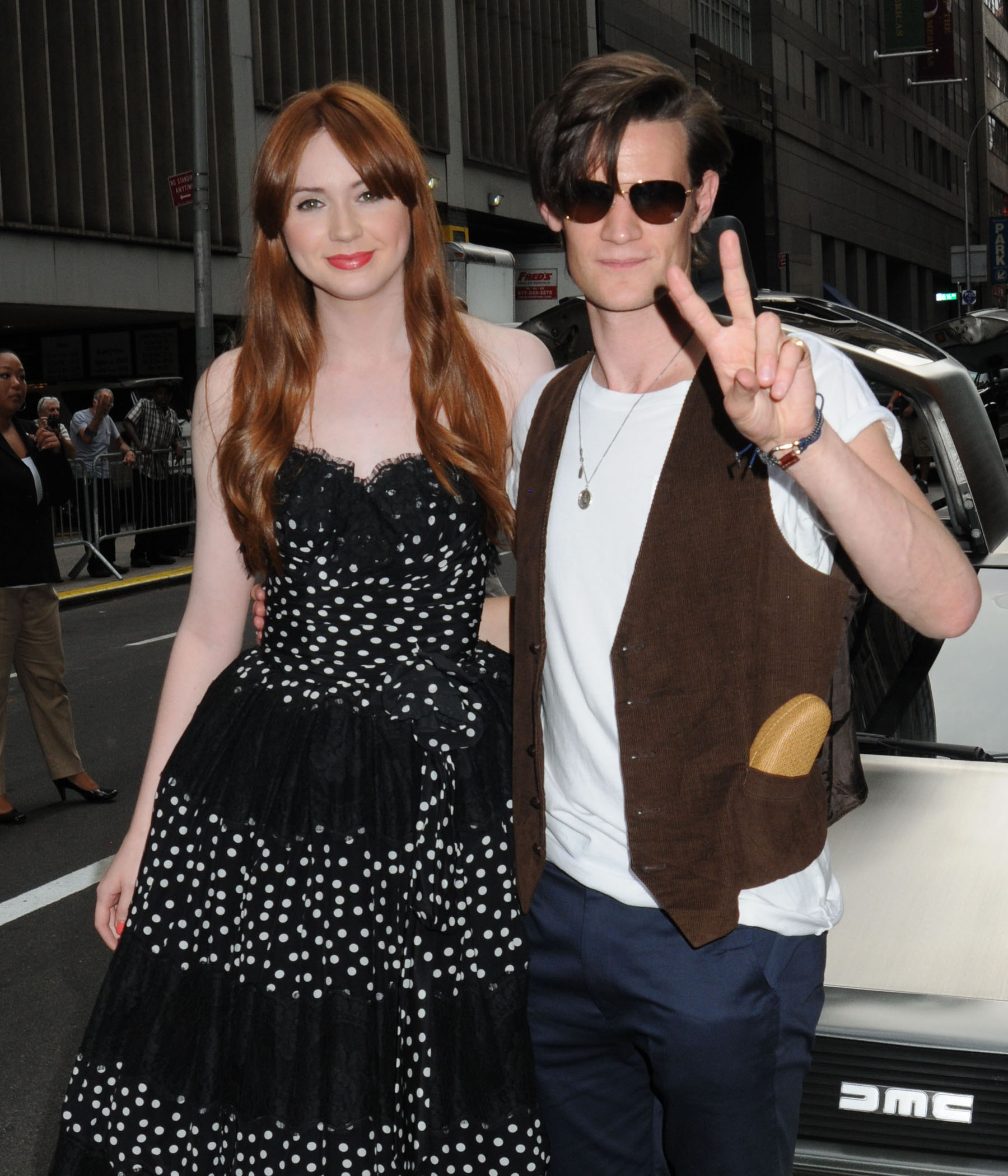 Such was her sizzling chemistry with our hero that the good folk of Britain wondered if their magnetism had spilled out into real life.

Was Doctor Who supremo Steven Moffat cast in the role of an incorrigible Cupid – one who even warned Matt of his persuasive powers by suggesting he NOT date his co-stars? Matt denied any idea of a romance, protesting: “Absolutely not! No, no, no. We’re professionals.”

He and the golden-tressed Guardians Of The Galaxy star are clearly very good friends though.

In his own words, she “fondled” his bottom while they were filming their last scene together in 2012, and he stays with her whenever he’s in Hollywood.

When she got the curtain call from the 11th Doctor, our hero admitted: “I’ll miss Karen. . . she’s my best mate. She’s mad as a box of cats but she is a firecracker!”

RIGHT on cue we discover the course of true love never did run smooth . . .

Buxom showstopper Daisy Lowe – she of the fabled House of Pearl – was new territory for our lusty lothario. 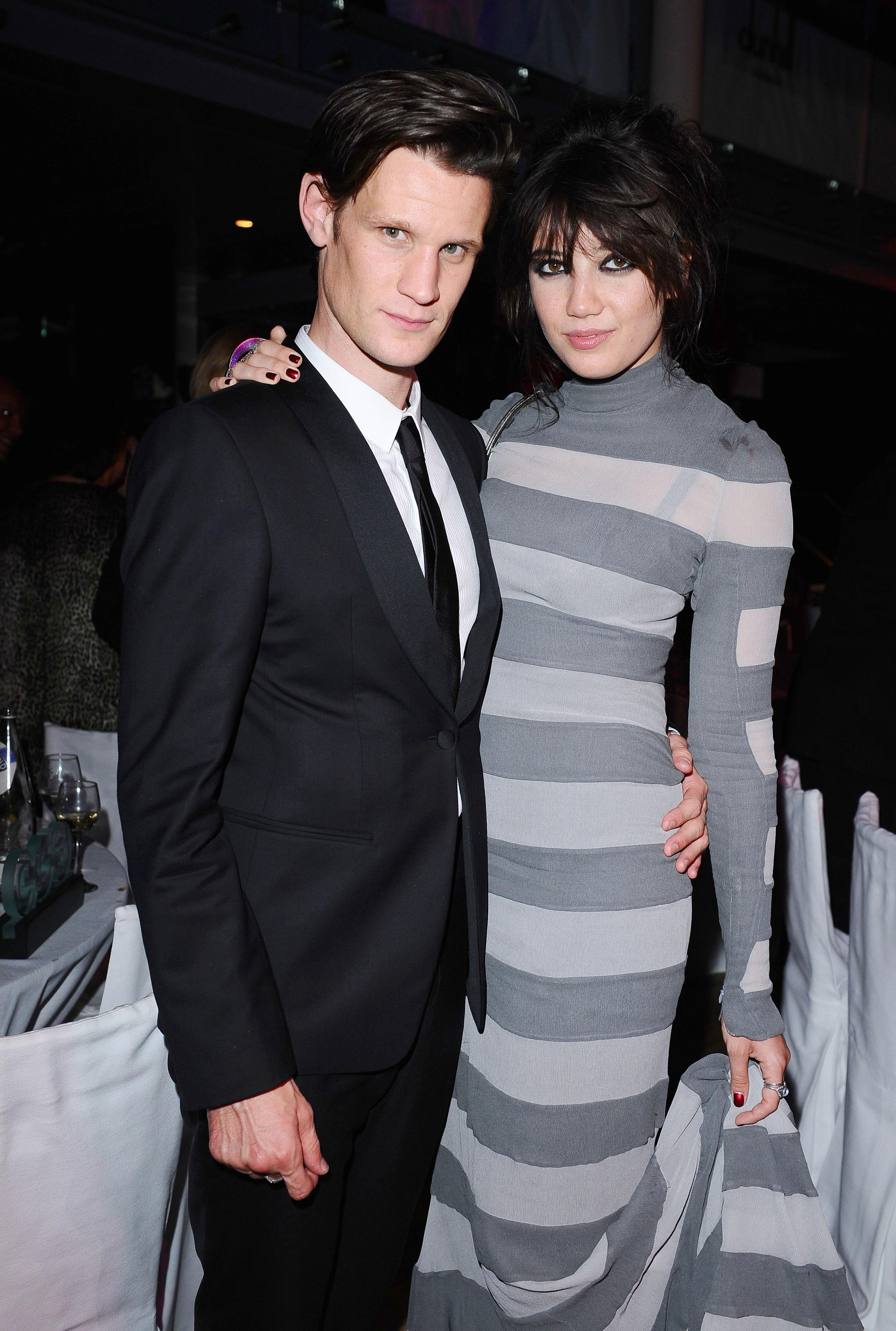 The Strictly star was the exception to the rule, as her romance with Matt wasn’t struck up at work, but rather in a field at a Californian music festival.

They were first in the limelight together at Coachella in April 2010 and dated for 18 months – including an encore following a brief split.

The loved-up couple were often pictured at events and canoodling on romantic holidays.

Matt seems to have waited in the wings for this most magnificent maiden.

Prior to his first series as the Doctor, when asked to name his ideal woman, our noble Matt did say: “Oh gosh Daisy Lowe is taken so that’s out of the question.”

By the time the series aired, they were a couple.

Sadly, the stars did not align for long and it was exit stage left when, so it goes, Matt became “un­comfortable” at the mention of marriage.

BUT the show must go on, and we find ourselves in Jane Austen country for Matt’s next conquest – fair damsel Lily James.

Lily would play zombie slayer Elizabeth Bennet, while our man was the insufferable Mr Collins in the bizarre 2016 film Pride And Prejudice And Zombies. 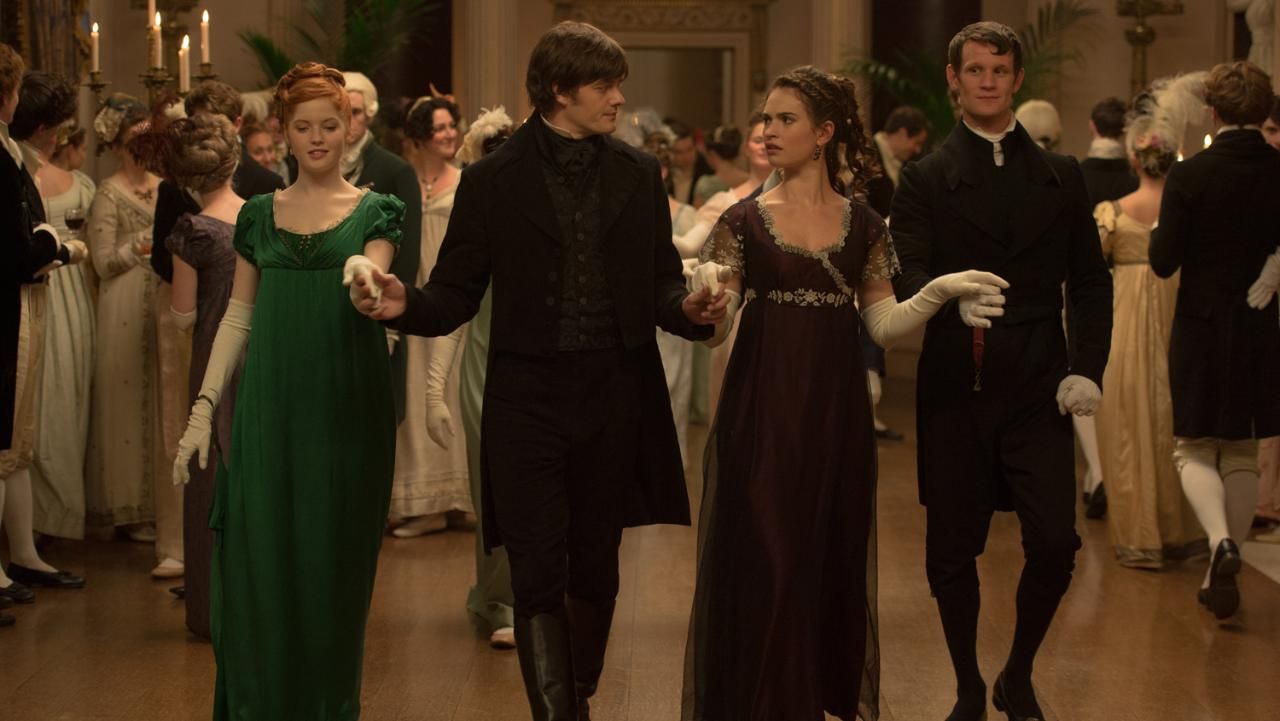 They would soon go public with their love.

Two years ago, young Lily was hinting about their plans with the faint sound of wedding bells o’er the hills.

After being pictured with a diamond ring on her fourth finger, she explained they were, “not engaged yet. But it’s going very well”.

Both separately gushed about how they wanted a large family. But this weekend it was reported our young ­lovers may now be reading off separate scripts.

Forsooth, o’er the weekend, Lily posted a picture of her and a friend petting a cheetah at a sanctuary, mocked up as if it’s the front cover of a magazine, with the headline National Cheetahs.

It led some to wonder whether this might be a cheeky dig.

However, Lily has been working in Cape Town, South Africa, so it may just be unfortunate timing.

Matt was spotted out walking in London with a friend, and similarly giving nothing away.

Has the curtain been called on their relationship? Those who would speak for the pair refuse to comment.

Act V: Has the Prince met his Queen?

COULD life be imitating art for our hero’s latest chapter?

A classic tale takes front of house – boy plays prince, girl plays princess . . . and they live happily ever after. Or do they? 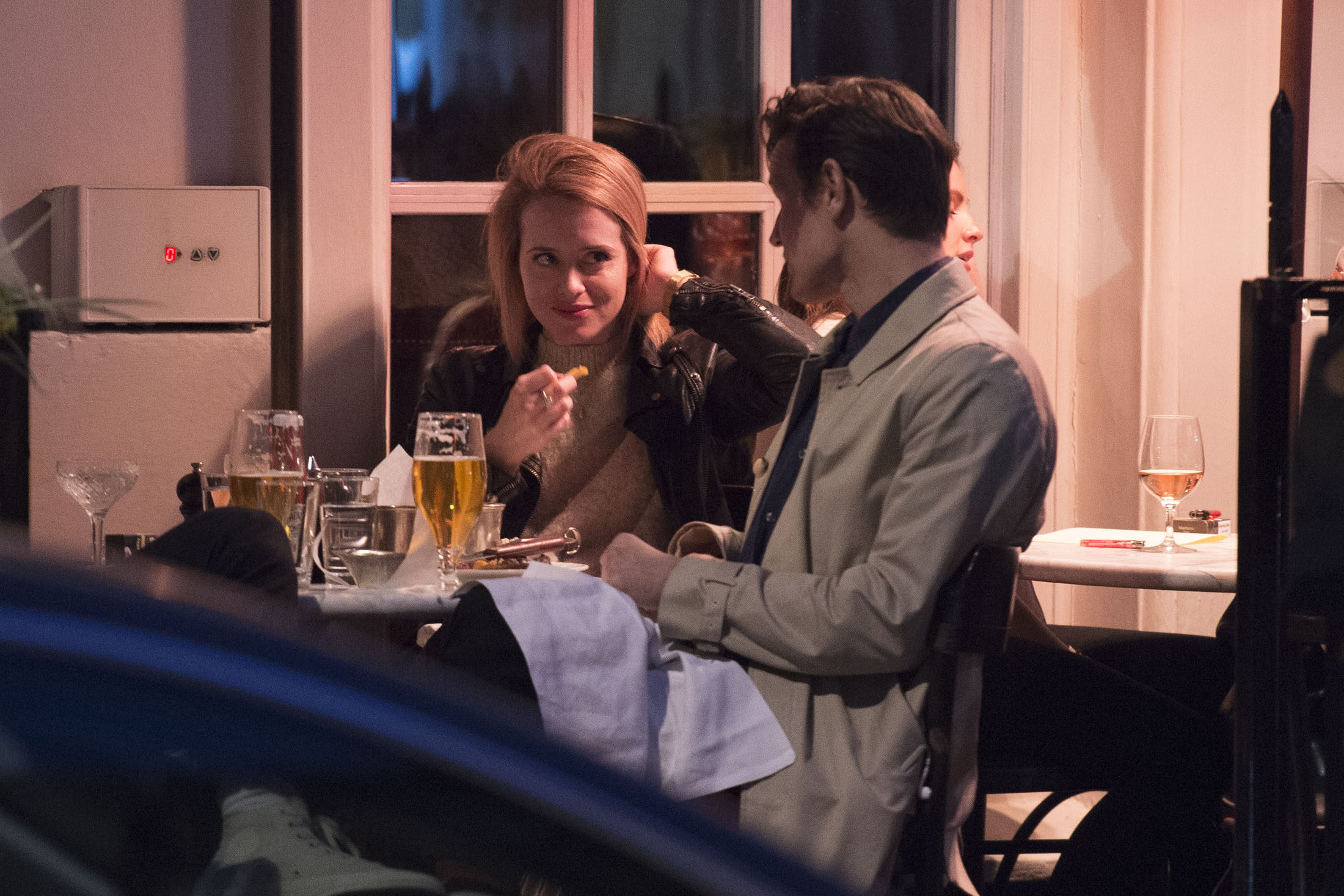 Matt won plaudits as Prince Philip in The Crown second only perhaps to those given to his co-star Clare Foy, as princess Elizabeth, who became Queen.

The two certainly grew close, as we shall learn.

Claire, who split from her ex-husband, actor Stephen Campbell Moore in February 2018 having been separated “for some time”, has often been pictured cosying up with Matt.

In October, they were snapped heading out to lunch on London’s South Bank in between rehearsals for their play, Lungs – a cosy two-hander. Chivalrous Matt grabbed her hand as they crossed the road.

In April they had been snapped enjoying a boozy night out at Soho’s Dean Street Townhouse.

Britain’s gossip scribes have noticed their chemistry, with Vogue magazine in October, saying: “It’s clear they relish each other’s company.”

Whether their friendship has blossomed into something more is still to be seen.

Their friends warn: “[The] indelicate comments relating to Claire Foy  . . .  should be approached with caution.”

It seems we’ll have to wait for the next instalment of this gripping tale to find out.