Pimlico Plumbers boss says he wants all staff to get vaccinated

Pimlico Plumbers founder Charlie Mullins has become a voice of reason to many TV watchers in recent months, joining the likes of Piers Morgan and Susanna Reid on Good Morning Britain for a number of debates. In his latest stint on the ITV show, Charlie found himself at the centre of a row surrounding compulsory vaccines for employees, a strategy now widely being tipped in businesses up and down the country. In an exclusive interview with Express.co.uk, Charlie discussed all about the backlash he’s received from his TV stints and why he’s supporting Andrew Neil’s GB News after it faced similar cancel calls.

“If I’m being honest,” Charlie began. “Whatever I’ll come out with, you’ve got the haters and the knockers. And they’ll always be there.”

Referring to the mandatory employee vaccine debate on GMB specifically, the Pimlico Plumbers boss continued: “But most people with common sense, they listen properly to it and comment from there, but most people comment on what they think they heard (and) saw.

“They read into it how they want to read into it, and I can’t change that, you know. I expect that backlash all the time.”

Charlie did mention, however: “I think the majority of people, I believe, see where I’m coming from and eventually agree with it.” 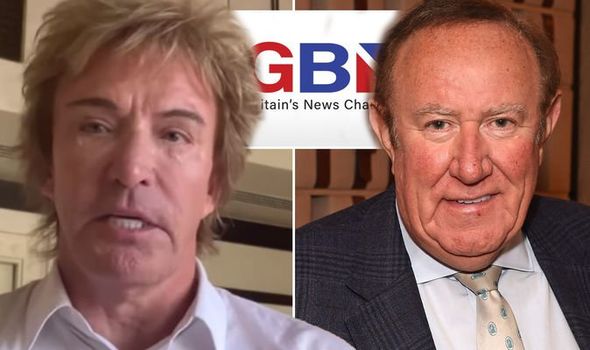 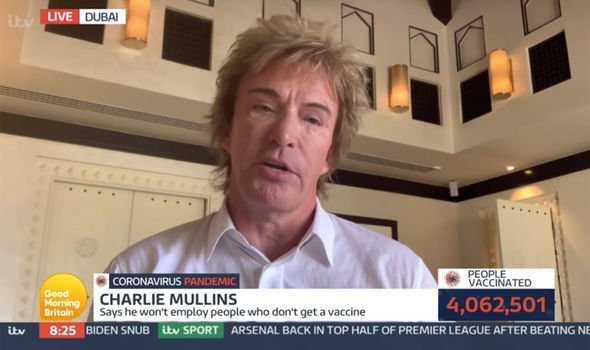 “I don’t feel I’ve done anything wrong and it will get the economy going again,” Charlie continued.

After being on the receiving end of social media critics and trolls himself, Charlie was then asked about the reaction GB News has faced ahead of its launch.

The upcoming news channel is chaired by Andrew Neil, who has promised to deliver “individual and news-based programmes, built around very strong presenters.”

However, the channel has faced criticism from The Financial Times as being “right-leaning,” and has even had a number of famous faces threatening a boycott. 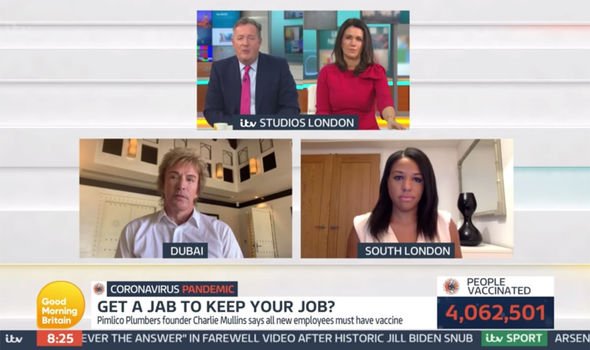 Nevertheless, Charlie is certain that with Andrew at the helm, the launch of GB News can only be a positive thing in the current news landscape.

“Look, as soon as you mention Andrew Neil, there’s no finer broadcaster (and) presenter than him as far as I’m concerned,” Charlie said.

“He doesn’t beat around the bush, he gets to the point, he challenges people, I’d say that’s a massive step forward.

“You know, we need presenters like him. I mean he’s been around for forever.”

Praising further, the Pimlico Plumbers boss continued: “He’s not everybody’s cup of tea and that’s when you can tell that he knows his stuff.

“So I would say that’s a great move and I’m not sure why, again, why will people doubt it and start saying it’s going to be a bit like Fox News?

“I mean, Fox News has still got a lot of good stuff on it. So if he’s [Andrew Neil] behind it, then I think what a great thing that is.

“You know, of course, and I look forward to being on it, because, again, I think he’s a fair guy but he also calls you out if he feels you’ve not got it right.”

Andrew is just one of a long line of famous journalists and news presenters who’ve joined GB News.

TalkRadio host Dan Wootton has joined the network to host a daily programme.

While Sky News’s Colin Brazier has also left the network to join the GB News team.