As Marvel Studios contemplates its mysterious Phase 4 slate of films, the creative team is looking towards a group of heroes known as The Eternals for a future blockbuster.

For those not caught up on their comics lore, the legendary writer and artist Jack Kirby created this race of superhuman beings for their own 1976 series, in which they are positioned as the original defenders of earth.

The Eternals were engineered by the universe’s overseers, known as the Celestials, to specifically protect earth from warmongering doppelgangers known as the Deviants. 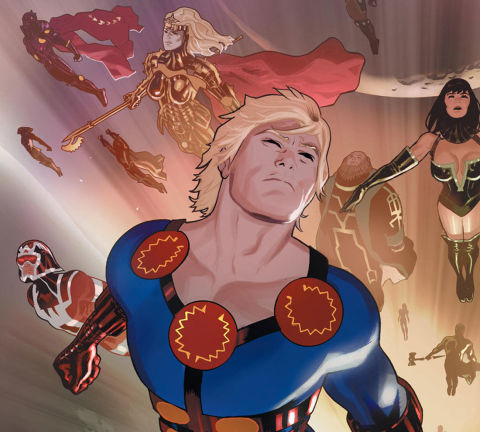 This story of warring mystical species is very similar to Kirby’s 1970 concept of the Fourth World for DC — which is itself being adapted by Warner Bros into a live-action film by A Wrinkle in Time director Ava DuVernay.

Speaking to TheWrap this week, Marvel Studios boss Kevin Feige let slip that his team are actively considering making an Eternals movie at some point after Avengers 4.

“Eternals is one of many many many things that we are actively beginning to have creative discussions about to see if we believe in them enough to put them on a slate,” the producer said.

“We have started working on what are the films post-Phase 3.”

Feige later cautioned that nothing is official yet with Eternals, since Marvel is currently mostly focussed at the moment with finishing Infinity War, Ant-Man and the Wasp, Captain Marvel, Avengers 4 and Spider-Man: Homecoming 2. 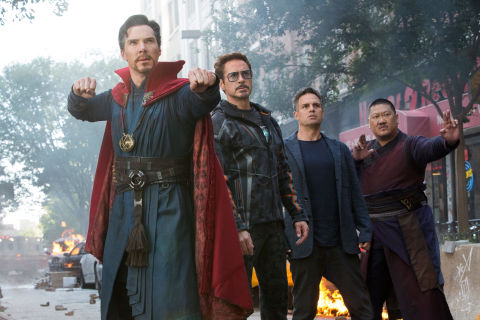 “Those are the five things that are taking up 90% of our time,” he explained. “But there’s 10% we’re starting to go, ‘What’s going to be best?’ And some of that is you can take cues from everything we’ve done in the 22 movies before those — which is sequels to existing characters, new interpretation of existing characters and trying whole new swings with stuff that most people never heard of.

Feige has previously described next year’s Avengers 4 as the definitive conclusion of the “original 22-movie arc” that began with Iron Man back in 2008. This definitive break from the original MCU storyline would make for a perfect opportunity to introduce a heady concept like Eternals in Phase 4.