Leos Carax’s tragic romance “Annette” is a movie musical like no other. The songs, written by Sparks brothers Ron and Russell Mael, are detached and ironic, and the characters (a sociopathic comedian played by Adam Driver, and an opera singer played by Marion Cotillard) are for the most part deeply unhappy amid the trappings of contemporary fame. As the glamorous soprano Ann Desfranoux, Cotillard reminds audiences of her already lovely singing voice as established in films like her Oscar-winning “La Vie en Rose” and the Fellini-inspired musical “Nine.”

She also has a music career of her own, having written and performed songs for a number of other films. But “Annette” marked something of a shift for how she performed vocally: all of the singing is done live in-camera, and the characters are often asked to sing during moments where one wouldn’t exactly think to burst out in song and dance. Cotillard manages to sing while swimming, having a cigarette, going to the bathroom, and at one point, during a sex scene (in possibly the only song in a musical ever sung during cunnilingus). It was Leos Carax’s vision to capture the inflections and modulations in the voice during these physical activities.

“It’s all singing,” Cotillard told IndieWire of the rock opera in which Cotillard has just a few lines of spoken dialogue. “I think it would have been very frustrating to record the songs in studio and basically lip sync the whole shoot. So it was very exciting to sing live, [but] it was very stressful too because sing live involves bodily action that usually you don’t do while singing. When you sing, your whole body is involved.. Usually when you sing, you won’t, like, swim on your back, or smoke a cigarette, or lie down because it alters the sound.”

Cotillard added, “But that’s what Leos Carax wanted. He wanted the sound to be challenged. He wanted us to be out of breath because it was interesting. He wanted us to find the balance between the emotion and the sound, the body language, the body action. It was such an intense experience. And I learned a lot about my singing while doing this movie because nothing was optimized for a good sound. Even bending changes the sound of your singing.” 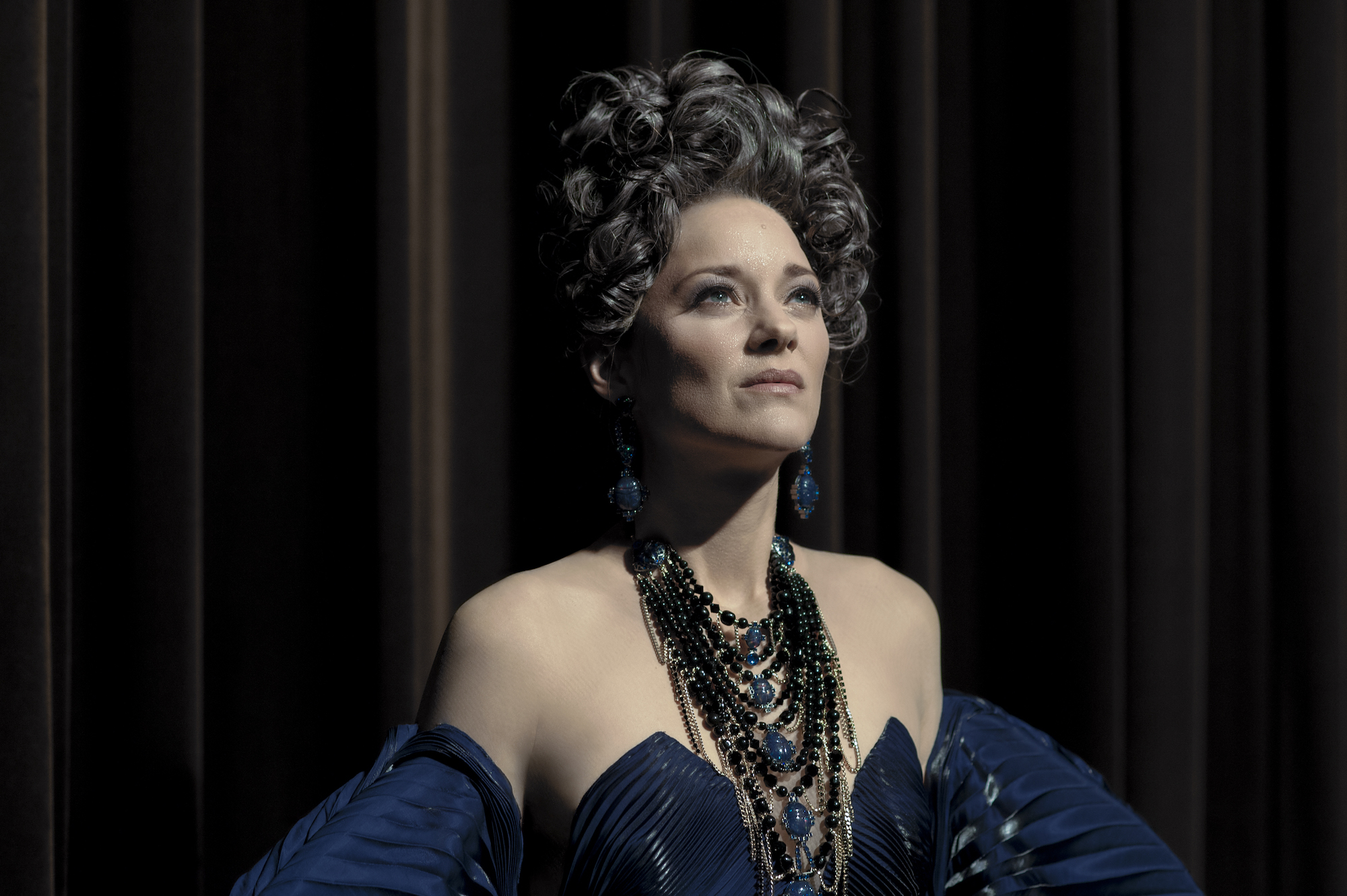 Cotillard’s character performs in a nightly opera at the Walt Disney Concert Hall in which she has to belt huge tragic operas and die over and over again onstage. So for this, of course, Cotillard enlisted the help of an actual opera singer, Catherine Trottmann, during post-production to then sync her voice to Cotillard.

“When we shot the movie, I did all the opera singing, which was, well, what it was,” Cotillard said. “Because I trained for two months, which is really nothing, but I had to have the physicality and also, they would use my voice and mix my voice with hers, so I really had to train to be able to have a few sounds that could be used in post-production.”

Cotillard said, “When we started post-production, we explored many ways of morphing my voice but then the best way was to mix my voice with her. It was very special for me to give a part of my performance to her. I needed to explain to her my character, emotionally what my character goes through because all those opera parts are very important for my character and it’s not just a performance of this soprano singer. It’s what lives inside Ann that comes out through the those operatic pieces in the movie.”

“Annette” is now in select theaters and streaming on Amazon Prime.