New Netflix thriller Safe, starring Amanda Abbington and Michael C Hall, dropped on the streaming service on Friday and, over the past few days, viewers have been trying to put all the pieces from the eight episodes together.

The series from crime author Harlan Coben tells the story of Tom Delaney (Hall) and what happens when his daughter (Amy James-Kelly) goes missing and her boyfriend dies,in the gated community in which they live.

Coben has already said that a second season is unlikely, since all the answers to Safe‘s questions are given in season one. But if you were left a little confused by the frantic finale, here’s the ending explained in detail. 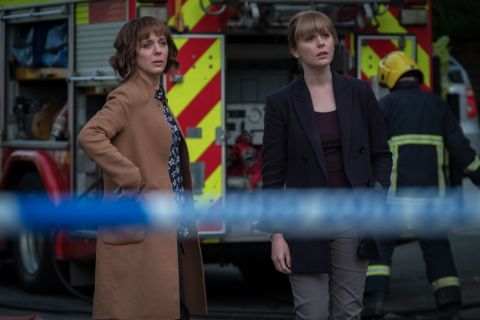 In the first episode of Safe, there was mention of a fire at the local school, with DS Sophie Mason (Amanda Abbington) sheepishly glossing over the incident when her new colleague DC Emma Castle (Arterton) inquired about it. Well, now we know why.

On May 17, 1990, Sophie – along with her friends Rachel, Helen, Bobby and Craig – decided to light a fire in the school in protest at one their teachers who hadn’t treated them very well. (Bit of an overreaction, but we’ll let it slide.)

The fire resulted in the deaths of eight children still in the school late at night, and the horrific mental and physical scarring of Craig. The kids manage to get the CCTV footage and remove the tape from the school, so no fault was attributed to them – a local drug addict/vagrant took the blame instead. 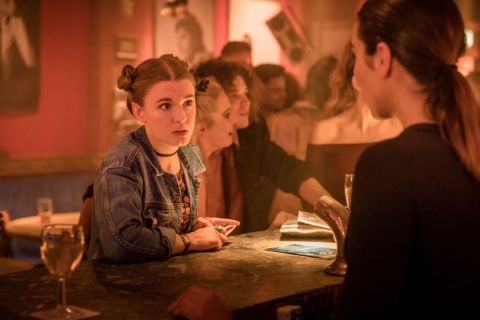 The trio of Sophie, Helen and Rachel decided to stay in the community (to do good apparently, in a bid to make amends).

Rachel married Tom Delaney (Michael C Hall), but later died, though not before revealing her awful secret to her eldest child, Jenny.

Sophie joined the police and, after Rachel’s death, ended up in a relationship with Tom.

Bobby (Milo Twomey) went to the city to open the ’80s-obsessed Heaven Lounge, whilst Craig was interred in Jasmine Hall for his mental issues, with Rachel visiting him out of guilt.

His father, Eric Pratchett, still lives in the gated community and could best be described as the “grumpy neighbour” who got shouty with Jenny in the opening episode. Turns out he’s grumpy for a very good reason.

3. What happened to missing Jenny? 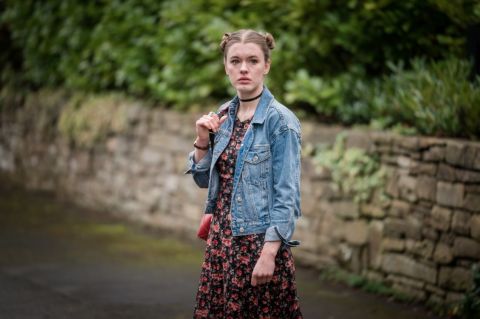 Causing her dad Tom all sorts of problems, Jenny went on a quest to uncover the truth after her mother Rachel told her about “people dying” from her death bed. Her diary hinted at an “incident” so she visited neighbour Helen (Karen Bryson), whom Rachel had telephoned on her last day alive.

It’s here she spotted a VHS tape (we’re surprised she even knew what it was) and subsequently nabbed it and used boyfriend Chris’s video player – they discover it’s the CCTV footage from the night of the fire in the school from 1990.

With her soon-to-be-dead boyfriend Chris Chahal (for some reason, only ever referred to in Safe by his full name), they tracked down Bobby and discovered he ran the aforementioned ’80s bar. (Before they made their way there, the couple attended the doomed party at the Marshalls that is.)

Jenny, unaccompanied, went to Heaven in the evening but Bobby wasn’t there. She spent the night away from home in the train station and decided to confront Helen about the truth. Admitting she couldn’t go home to face her dad about the various issues she was dealing with (his bugging her phone, for example), Jenny hid at Helen’s place.

A day later, she discovered Chris Chahal (Freddie Thorp) was killed and that she might be a suspect, so continued to stay with Helen.

Unfortunately, Helen had called Bobby, giving him a heads-up that their grisly secret had arisen once more. He decided to pay a visit and ended up killing Helen, setting fire to her house and, somehow, also kidnapping Jenny.

She was finally reunited safely with her father when he and his lover/dead wife’s friend made an ill-judged rescue attempt, which resulted in Bobby’s suicide. After pursuing the truth for so long, Jenny then decided to keep schtum after all and didn’t implicate Sophie in the school fire and deaths. 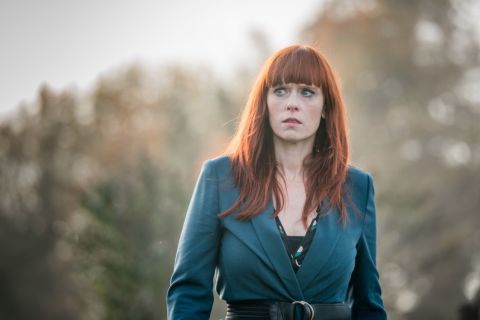 Zoe Chahal (played by Spiral‘s Audrey Fleurot) was targeted early on when materials in her own locker at the school revealed some naughty pics and racy letters indicating a relationship with a pupil.

Given that both Chris Chahal (her son) and Jenny had gone missing, and the fact that Sia Marshall had a grudge and the ability to cut keys, these seemed to be connected but this was just one of a number of numerous diversions from Safe.

In the end, it transpired that the planted “evidence” was fabricated by Zoe’s bitter husband (which explains all those misleading shots of him looking all moody and murder-y throughout the series).

But, in a twist upon a twist, it later turns out that while her husband did mock up the photographs and letters, Zoe actually was involved with one of her pupils (Ioan, whose house Chris Chahal lied about staying at on the night of the murder). Awkward.

Red herring 2: The dumb dad and his family 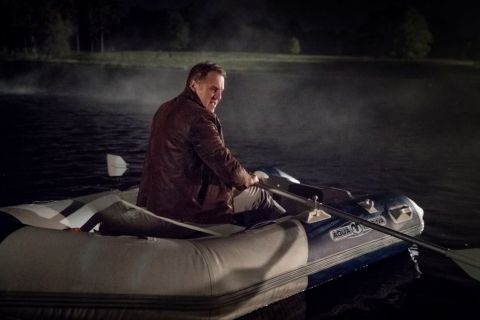 Jojo Marshall, played by Nigel Lindsay (also currently starring in ITV’s Innocent), was a suspicious fellow. But his actions – hiding Chris’s body, moving it, and then moving it again – were merely a blackly comic aside.

Because of his daughter Sia’s drug-selling, he’d rather no police sniffed around his gaffe. Of course, this backfired spectacularly. He’s just not very bright. 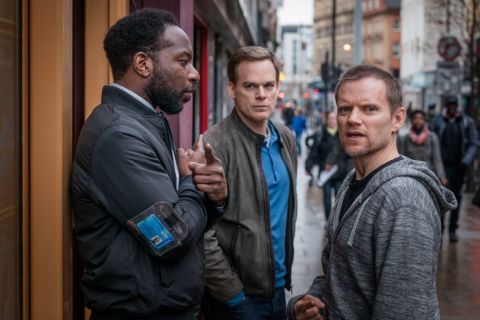 Pete Mayfield (Warren) is Tom’s best bud and colleague and, early on, another contender for murderer/kidnapper.

It was the arrival of DC Emma Castle that may have made viewers think Pete was up to no good, as she had already been photographing him for some time before the events of the deadly house party.

Emma was Pete’s daughter(!), from back in the days before he accepted his homosexuality. She was merely there to meet her long-lost father. Awww. And Pete himself turned out to be a bit of a hero, getting stabbed an’ all. 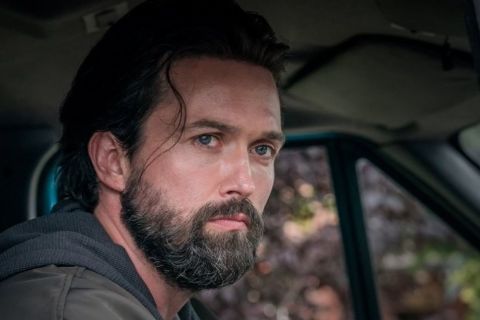 Basically, Emmett J Scanlan‘s character was just a rather suspect drunk who lived in a caravan. Didn’t do anything wrong other than possibly pass on his alcoholism to his children.

So who killed Chris Chahal? 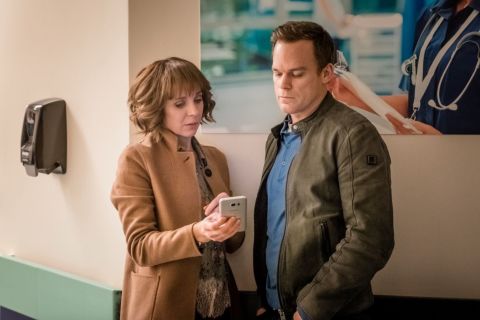 Sophie killed Chris Chahal, because he knew all about the school fire and her involvement and threatened to tell the police.

The DS visited the Marshall house party to pick up her son but in the process, ended up confronting Chris, who got a bit lippy with her – he was already annoyed with Sophie as she’d “lectured” him previously on drug possession.

Chris recorded a confession from the policewoman on his phone (which has also thrown up a plot gaffe) which didn’t best please Sophie. A scuffle ensued and they ended up in the pool – unnoticed, incidentally by the partygoers – where she killed the boy.

After deleting the recording from his phone, the DS fled the scene and left the body to be discovered by Sia, thus kicking off the events of the series. Simple… ish.

Safe is available now on Netflix