A contestant on The Voice has proposed to his partner on stage during the popular reality singing competition. 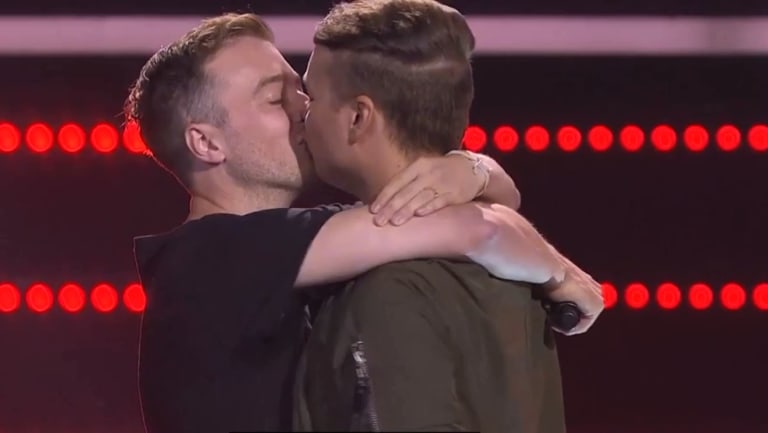 The couple shared a kiss after the on-stage proposal.

The romantic gesture even encouraged Kelly Rowland to offer to perform her hit When Love Takes Over at their wedding.

But the gesture wasn't enough, nor was Jonas' direct line to his brother. He eventually elected to join team Delta. 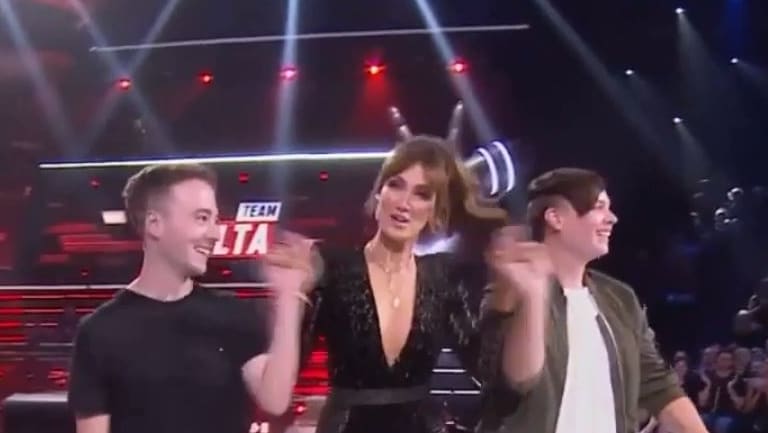 The couple met at a karaoke night, perhaps fittingly considering their relationship moved to the next level at Australia's most elaborate karaoke competition.

The Voice continues on Monday night with the next round of blind auditions.