When “Love Life” premiered in May 2020, America had an orange-haired cartoon for a president, seemingly every citizen wanted a vaccine, and HBO Max was launching to direct competition from a one-month-old streamer called Quibi. All that has since changed, and Season 2 of Sam Boyd’s anthology series has, too. The creator is joined by new co-showrunners Bridget Bedard (“Transparent”) and Rachelle Williams (“Survivor’s Remorse”), who welcome William Jackson Harper as the season’s new lead. The pandemic only lingers around the periphery of his years-spanning search for a partner. And there’s no pressure on the season to prop up HBO Max as a worthwhile streaming investment, since a) everyone has already subscribed to keep up with Season 3 of “Succession,” and b) the mighty Quibi has been vanquished.

But like so many rose-visioned romantics learn every New Years Eve, all the pomp, circumstance, and resolutions in the world aren’t always enough to evoke meaningful, lasting change. Despite minor improvements in its design and a winsome turn from Harper, “Love Life” Season 2 remains frustrating in its selective view of its central figure’s choices as well as its boxed-in outlook on love. For those seeking comfort in the familiar patterns of another decade-late coming-of-age story, perhaps Season 2 will prove just distracting enough. But for anyone expecting more than the same ol’, same ol’ from their romantic-comedies, you’ll be better suited to search elsewhere.

Meet Marcus Watkins, a 30-something Manhattanite who’s not entirely unhappy, but not exactly happy either. Working as a book editor at a moderately sized publishing house and living in the West Village with his wife, Emily (Maya Kazan), Marcus nevertheless strikes up a flirty conversation with Mia Hines (Jessica Williams) as they both play hooky from what she refers to as a “sad-ass wedding.” The unlucky bride and groom are none other than Darby, Anna Kendrick’s lead from Season 1, and Magnus (Nick Thune), her loser of a first husband as well as Emily’s co-worker at the time. It turns out theirs isn’t the only marriage in trouble, as Marcus’ lingering fantasies over Mia soon lead to trouble with Emily, forcing him to move in with this sister, Ida (Punkie Johnson), before renting his own place and trying to start over. 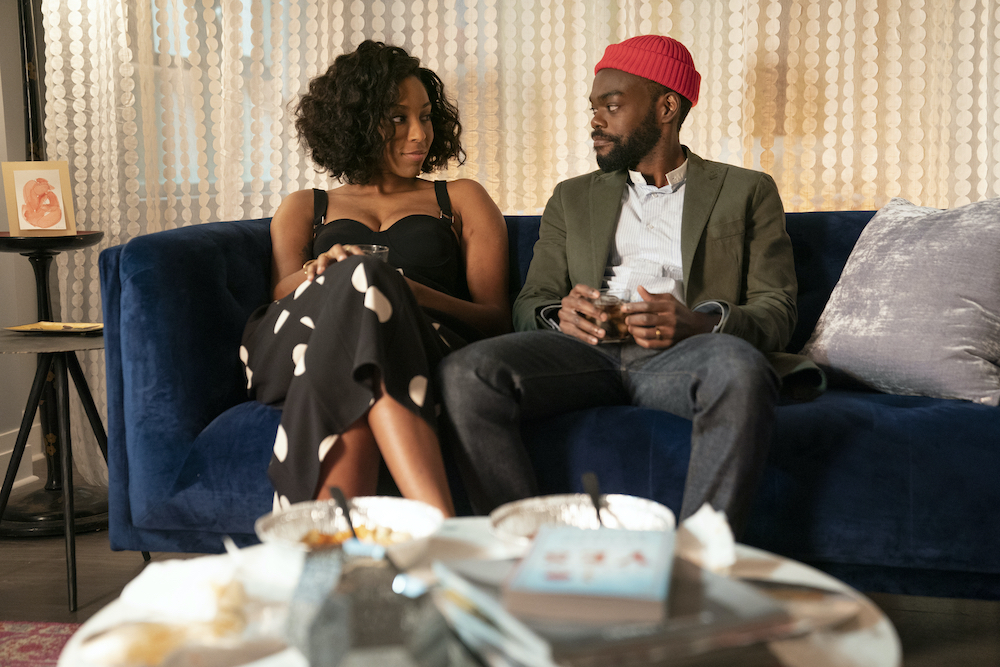 These steps should be familiar to anyone who’s seen a man go through any kind of early/mid-life crisis. Marcus experiments with drugs, sleeps with inappropriately young women, and over-commits to the first adult prospect who’s nice to him. He’s sure of what he wants, then only sure he wants nothing. “Love Life’s” grounded tone prevents any of these understandable post-breakup dalliances from being all that funny, while each bump in the sidewalk still gets a full episode to go half-explored. (The series still bases each episode around one of Marcus’ new relationships.) Throughout it all, Mia lingers in the background as the semi-platonic, perpetually unavailable friend. Will they find a way to be together? Are they even ready for each other? Maybe it won’t work out. You can guess the answers, as well as just about every step in Marcus’ 10-episode journey toward being a good man.

Unfortunately, that means spending the majority of your time with a fairly bad man, which spoils any shot of finding comfort in the clichés. (Rom-coms don’t have to reinvent the wheel, but they still have to get the details right.) All of Harper’s innate charms and nuanced deliveries can’t fully distract from his character’s innately selfish and shallow nature, even if they do create a slight disconnect between what we see him do and what we hear he’s done. This is a guy who texts an attractive “friend” of a few weeks that she understands him better than his wife; a guy who has a moral awakening after he sleeps with a college senior (who he’ll never speak to, or even text, after sneaking out of her dorm room); a guy who’d rather hook up with a girl he used to tutor than be with his parents on their big anniversary.

And these are just the early, non-spoiler-y character traits. It’s not that Marcus is a mess or unlikable — messes can make for great characters and likability is an errant basis for judgment; it’s that the scripts don’t acknowledge how his actions affect others, and he doesn’t either. Not really. He recognizes what they mean to him and his path forward, but Marcus just coasts through the pain he experiences and inflicts until he doesn’t feel bad anymore. “Love Life” is just self-aware enough to recognize Marcus needs to regret much of what he’s done, but not courageous enough to force any real retrospection. Its structure gives the show a free pass from any awkward conversations or tricky transitions it wants to avoid, and it leaves Marcus a bit hollow as a result — an archetype you don’t want to see yourself in, yet the show insists you should.

It’s a testament to Harper’s ease and attentiveness that he nearly convinces us otherwise. The fan-favorite from “The Good Place” has already proven his romantic chops, whether it’s in indie gems like “We Broke Up” or sweeping epics like “The Underground Railroad.” Here, he’s dialed in to each scene in a way that allows his natural charisma to blend nicely with Marcus’ fluctuating mental state. Because “Love Life” skips through time, hopping past months to land on the episode’s chosen developmental moment, Harper gets to flex how far he can stretch one rather mundane man. (He also gets to flex for real, via several shirtless scenes that should satisfy the Swole Chidi fanbase.) Despite his early distress and various drug trips, Harper never pushes into over-the-top comic territory, preferring to subtly shift Marcus’ base demeanor while building his emotional maturity. No matter how much you can appreciate the character’s journey, it’s not easy for any actor to carry this type of story, but Harper would make you believe otherwise. Here’s hoping he gets even better material moving forward — and if “Love Life” merits a Season 3, even more change is on the horizon.