Love Island‘s Laura Anderson may be getting loved up with Wes Nelson on the ITV2 show at the moment, but her previous love life is coming to the fore too.

Yep, it has now emerged that the flight attendant reportedly used to date UK DJ and former Another Level member Dane Bowers (via The Mirror).

You remember him – he gave us the 2000 Victoria Beckham-featuring hit ‘Out of Your Mind’, which reached No. 2 in the charts.

The evidence? Back in February, Laura posted a few pictures with Dane on her Instagram account, including one intimate-looking selfie (above).

Digital Spy has reached-out to Dane’s representatives for comment.

It may be that Dane was the man Laura was referring to when she revealed she had been single for three months – she also said that some of her exes were in the public eye.

The reality star also admitted that her ex was 38 – the exact same age as Dane. Coincidence, much? 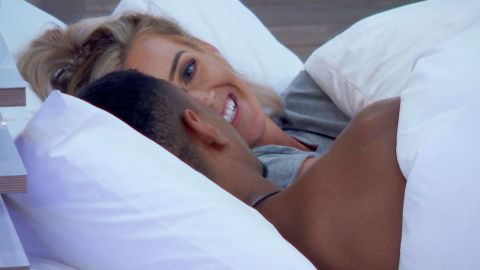 Meanwhile, Laura was seen getting very cosy with potential new boyfriend Wes on Love Island last night (June 6), especially after he admitted he would have chosen her even if she hadn’t stepped forward for him in the first episode.

N’aww. Still, it was also revealed that Wes once spent £1,000 on a date, which also seemed to impress Laura too.