The 24-year-old left little to the imagination as she showed off her nipple piercings and extensive tattoo collection. 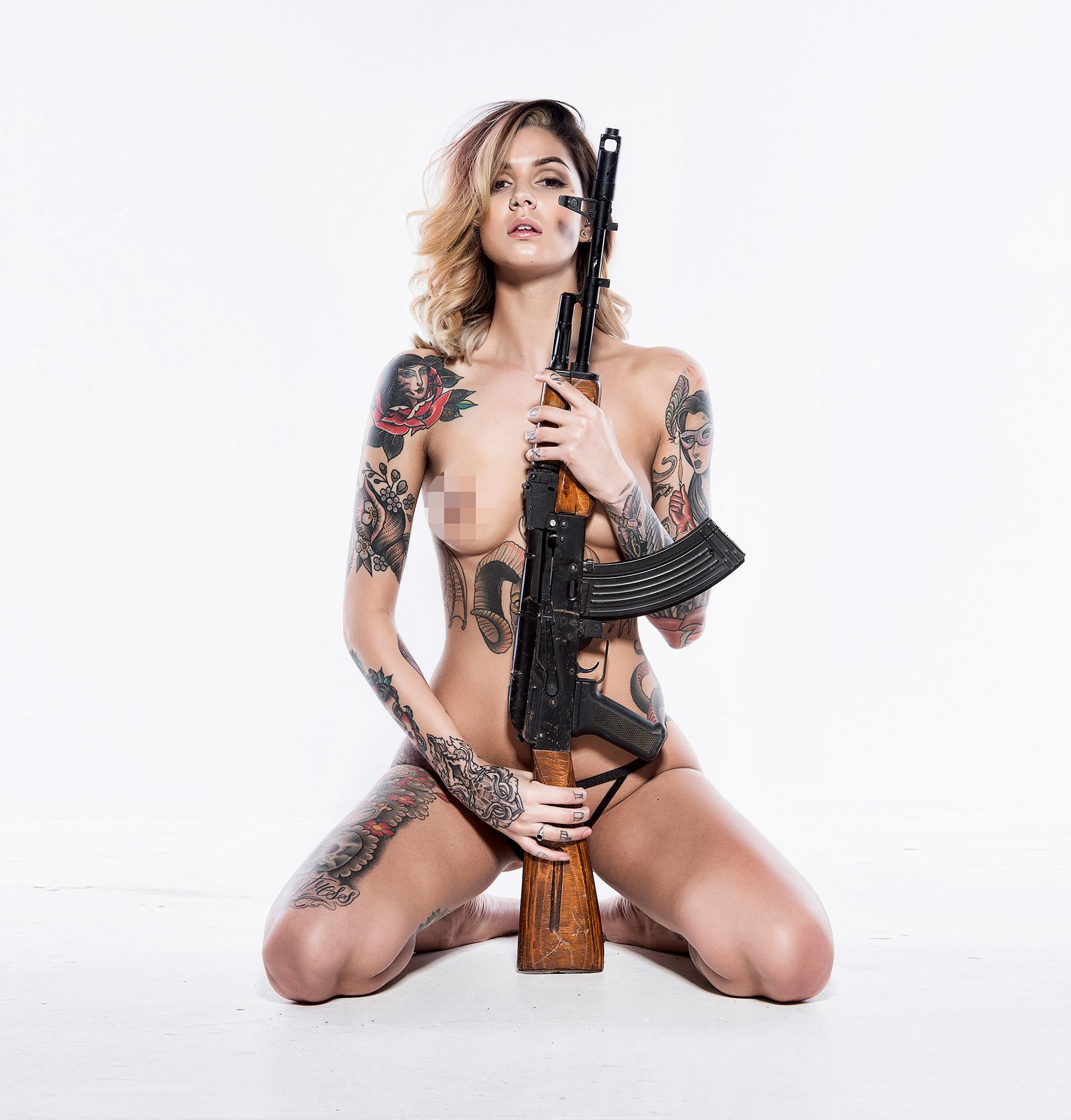 But despite wearing just a pair of pants it was the weapons she carried which stole the show.

In one image she can be seen leaning down while holding an assault rifle in front of her.

Another sees Daryelle, who was coupled up with Adam Collard on the ITV2 show, holding a couple of pistols as she strikes a seductive pose. 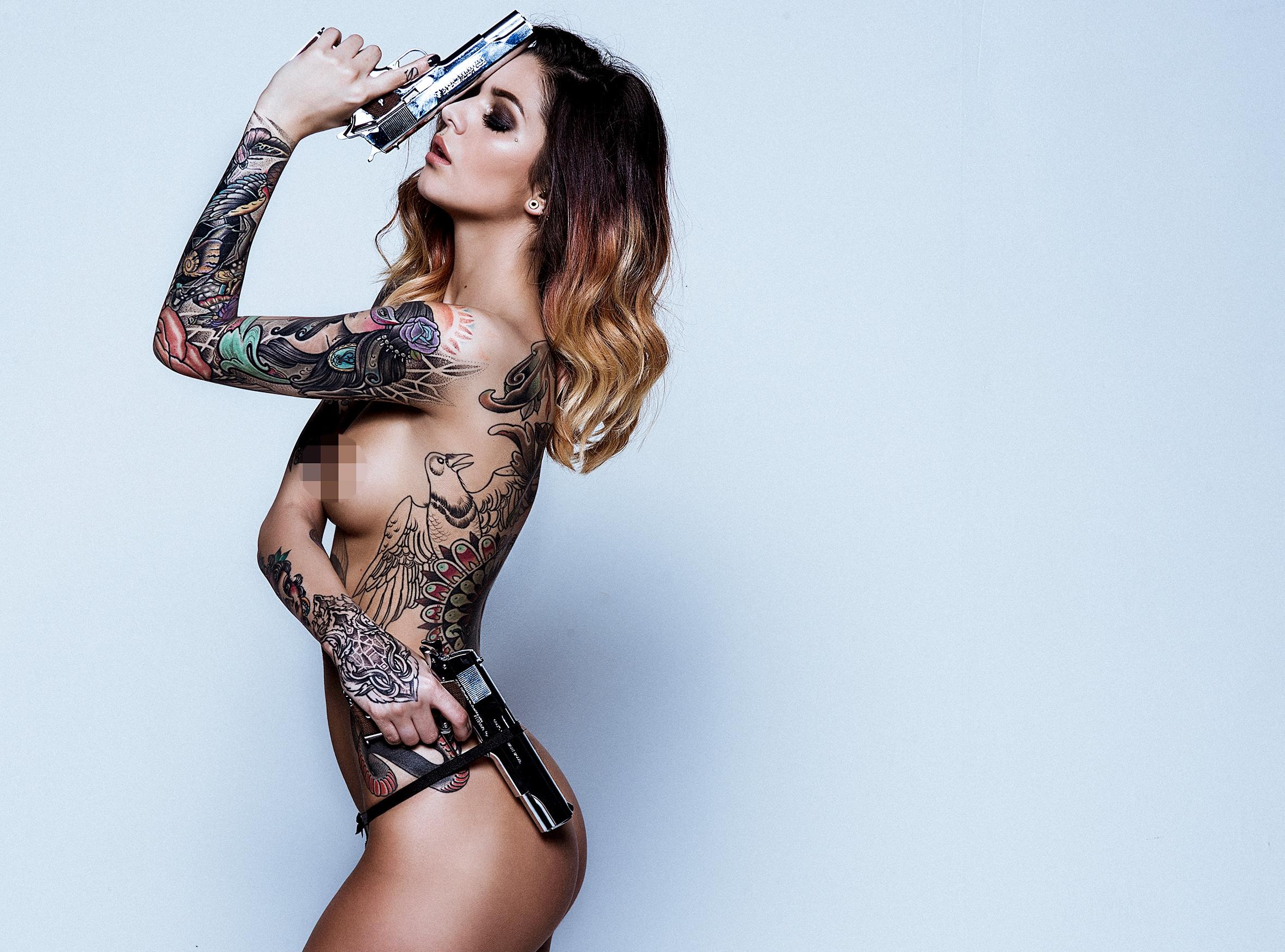 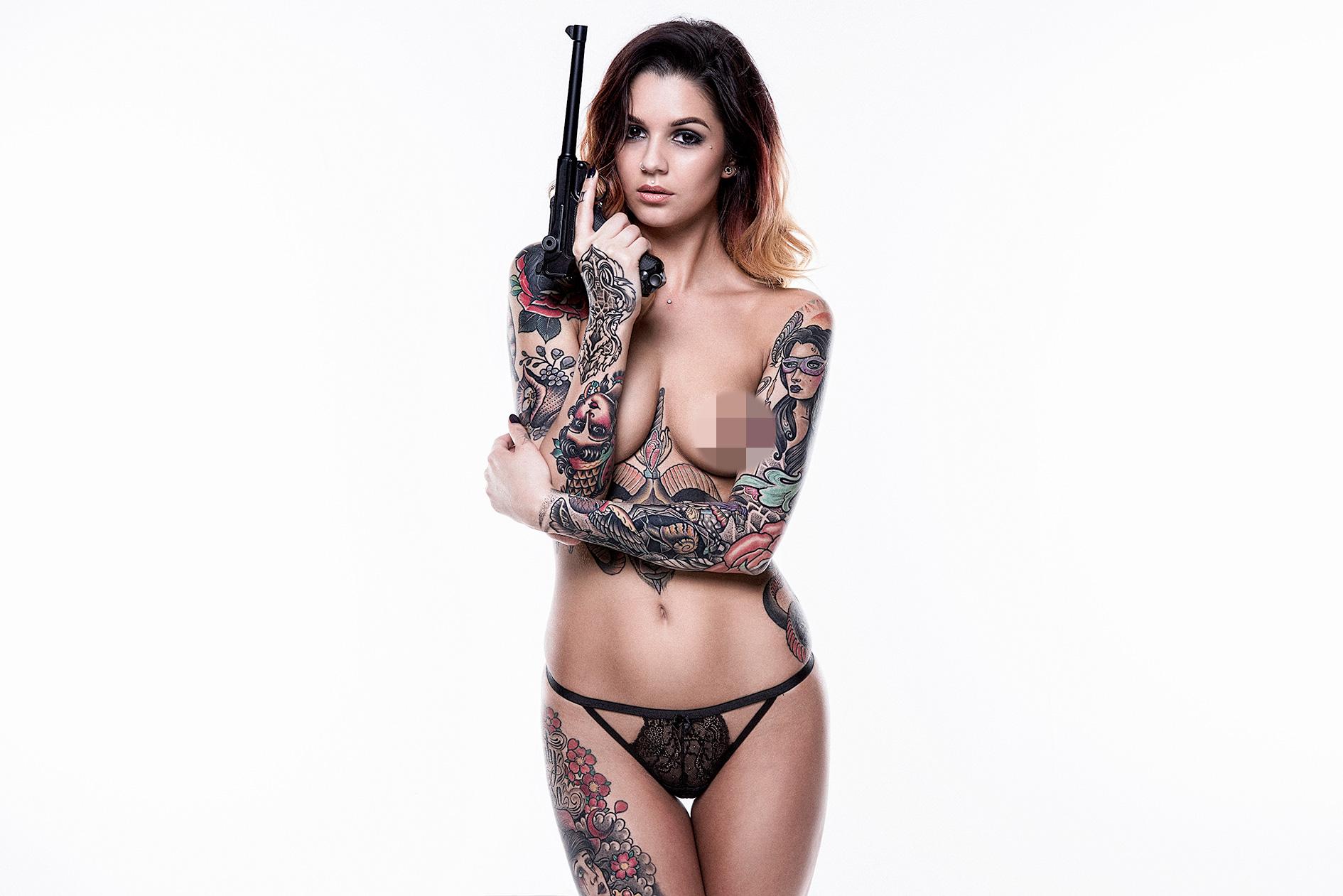 The pair went public with their romance a week after The Sun revealed they are dating.

It was the first time the pop star had been pictured with a new girlfriend since his split from fiancee Danielle Fogarty in April.

The tattooed beauty met Jake at the Dreamboys press night in London less than two weeks ago.

After introducing her to his friendds, he took her to a family gathering in his hometown of Scunthorpe last week.

A source said: “Jake has been completely taken by Darylle since meeting her at his stripper show…

“They were kissing each other and were very close at the party in front of his family – Jake must really like her if he took her to his family home on what would have been his brother’s 25th birthday.” 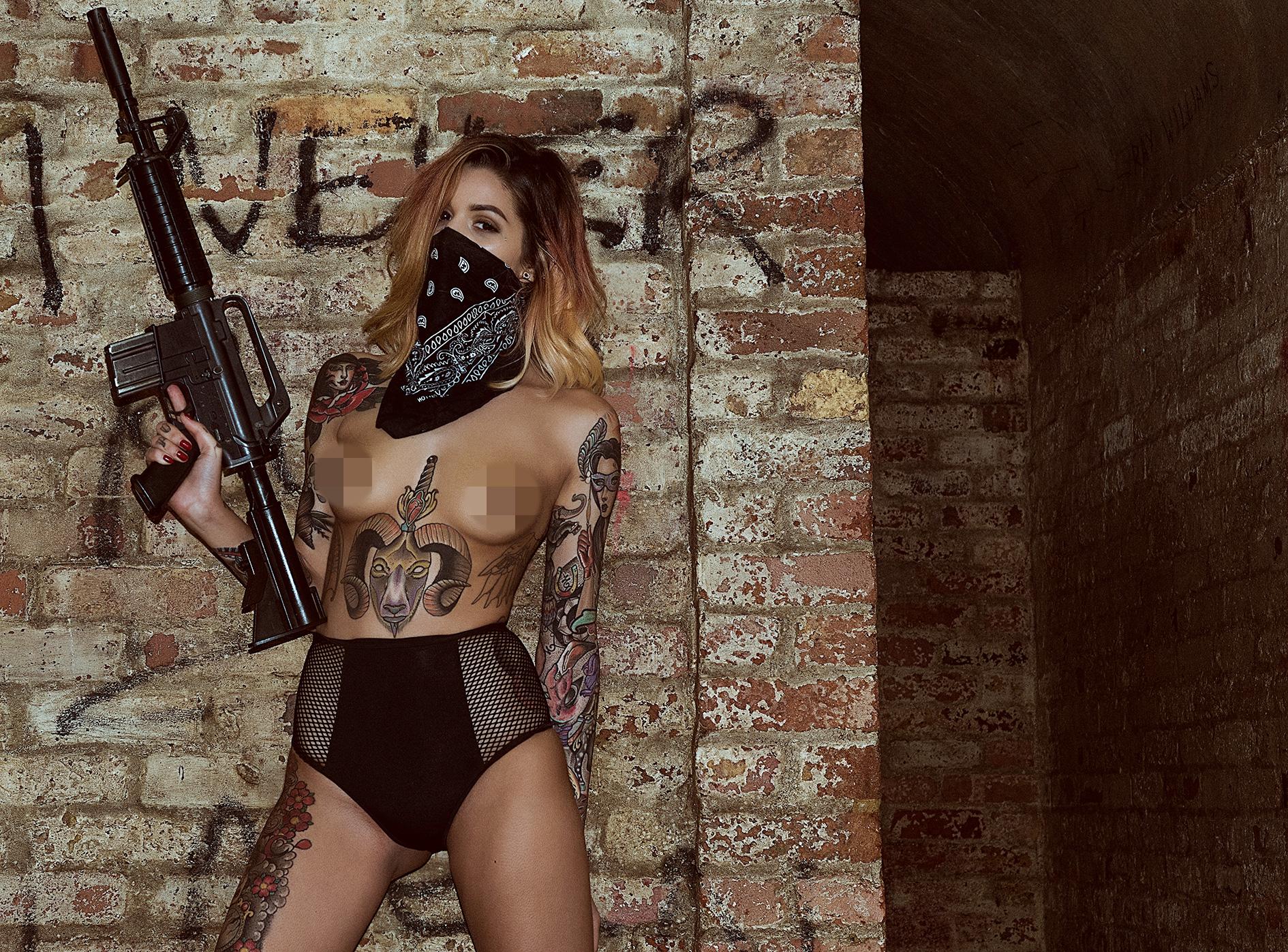