In news that will kick-start your summer better than an unseasonably hot April, this year’s series of Love Island is now officially on its way.

Revealing absolutely nothing about the villa – which is expected to be the same – the contestants or even the start date, our first look at Love Island isn’t exactly an informative one.

Things the teaser does confirm, though, include the return of Caroline Flack and Iain Stirling as the show’s presenter and voiceover extraordinaire, as well as those coveted personalised water bottles and the ever-dreaded “TEXT!”.

There are at least some changes afoot for the upcoming series of Love Island, however – including the rumoured inclusion of a money-making contract clause. 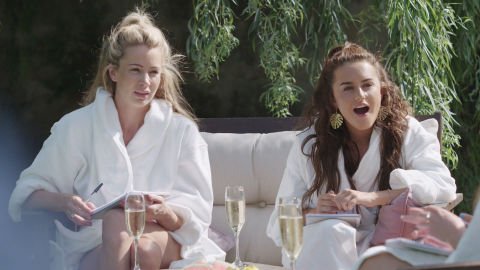 We’re not sure whether it’s fair game or just a little bit muggy, but Love Island bosses are rumoured to be planning on taking a percentage of contestants’ earnings after the show.

Similar to I’m a Celebrity and The Only Way Is Essex‘s approach, it’s believed Love Island will alter contestants’ contracts, entitling them to 10% of stars’ earnings after they’ve left the romance of the villa behind.

Love Island is set to return to ITV2 “soon”.