Lorraine says Andi Peters is ‘naughty’ for joking about her age

Lorraine, 61, was on hand to host another instalment of her ITV programme, discussing many of the showbiz headlines. In the midst of the show, the presenter gave the reins to Andi, 50, to inform viewers of the latest competition prize of £100,000. However, the latter got a little over-excited and felt too comfortable in his role as he made a jokey remark at the television stalwart’s expense.

Jumping off the back of the conversation Lorraine had just been having, Andi said: “Is that a picture of Craig David with his mother?”

In fact, the image displayed on-screen was that of the chart-topper and Lorraine, meaning the former children’s television star was implying the host was old.

The presenter’s jaw hit the floor as her co-star was seen laughing maniacally at the hotel location he was filming at.

“We’re going to fall out,” the presenting stalwart remarked, telling Andi he was being a “naughty boy”.

“I’m sorry, Lorraine. You know I’m only joking,” the competition presenter replied as she tried to dig himself out of a hole. 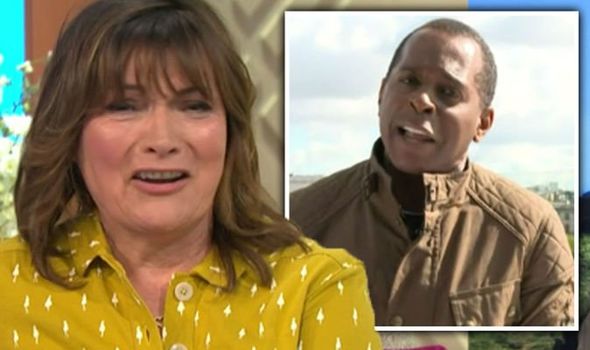 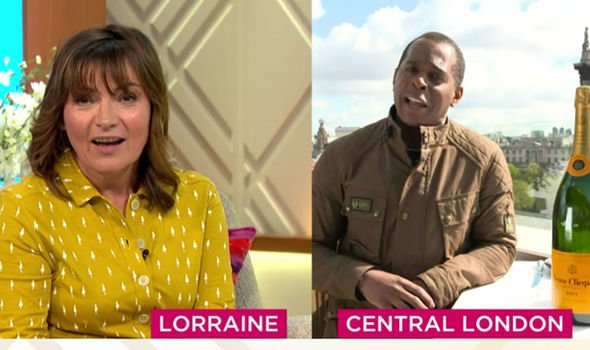 As the segment continued, Andi said he was going to have to “make it up” to Lorraine and added she didn’t look a day over 21.

Later on in the programme when Lorraine spoke to him again, Andi apologised again and referenced how “cheeky” he had been.

Addressing the presenter, the former children’s television star said: “I made a joke at your expense and I’m sorry.

“The people here at the hotel thought I was being cheeky and they’ve given me a water bottle to make it up to you.”

However, he joked his co-star would prefer a bottle of champagne and he promised her she would be getting a bottle on his return to the studio. 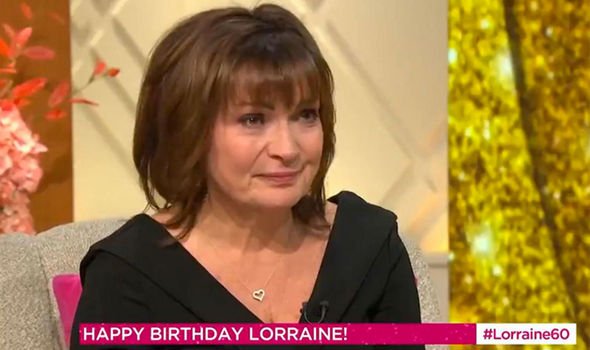 We’re going to fall out

Age has never been a conversation that has been brushed under the carpet on the show as Lorraine often talks about embracing her older years.

Especially when she turned 60 in 2019, the presenter was the centre of celebrations as her colleagues celebrated the milestone birthday.

A special episode of her chat show aired as her friends took over hosting duties because the television stalwart was overwhelmed with emotion. 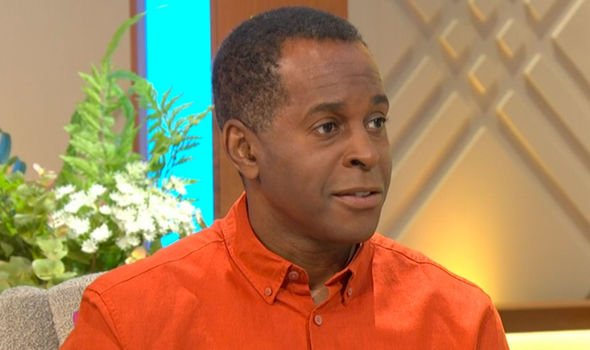 Other surprises included Chris Kamara, 63, jumping out of a giant cake as well as being awarded the title of Honorary Colonel of the Army Cadets.

“Seriously? Gosh, that’s amazing. Thank you, goodness me. I’m so thrilled,” the television stalwart said as she fought the tears.

Andi was also part of the celebrations and last year, he became the first man to replace Lorraine for two weeks of the summer.

The presenter made history as he hosted the programme and spoke with numerous famous faces and he spoke out about taking on the role.

Andi said at the time: “I love Lorraine, I’ve known her for ten years, I’m on her show every day with competitions and it’s great to be part of that family.

“So, sitting in for her it was an honour, Lorraine is an institution. I enjoyed having guests on, who want to have a bit of a chinwag and also to be able to do some serious stuff.

“I couldn’t wait to see how guests react to that. I was genuinely really excited.”

Lorraine airs weekdays at 9am on ITV.