This season of BBC hit police drama Line of Duty has had fans on the edge of their seats all the way through, and has prompted furious speculation over exactly who the OCG’s corrupt leader – H – is.

The recent favourite has been DCI Ted Hastings (played by Adrian Dunbar), but with theories abound, anything can happen.

And now it seems some people will learn the truth much sooner than others after Sainsbury’s decided to put Line of Duty season five on DVD on their shelves early, according to reports from The Mirror.

The supermarket chain also released the complete series one to five collection the same day, as witnessed by a number of pictures posted to social media of Sainsbury’s stores.

Express.co.uk has contacted a representative at Sainsbury’s for comment.

Flocking to Twitter, viewers shared their thoughts on the reports.

One person wrote: “Will be devastated if anyone leaks the events from tomorrow’s final episode before it airs! #LineOfDuty #sainsburys #SPOILERS #SpoilerAlert #WhoIsH.”

A third exclaimed: “DON’T SPOIL LINE OF DUTY!! We have waited so long for tomorrow’s episode #LineOfDuty.” 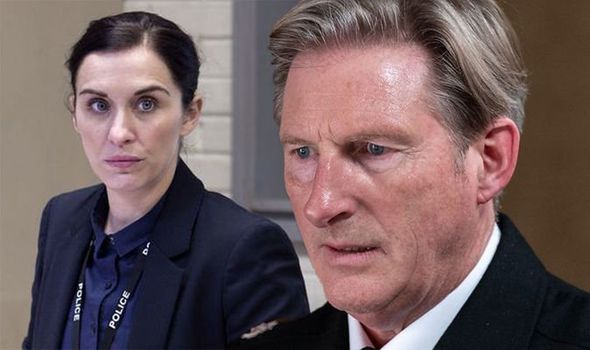 Will be devastated if anyone leaks the events from the final episode before it airs!

While a fourth said: “@sainsburys best not have been selling #lineofduty early boycott if that happens. Not on fellas.”

Viewers continued to share their frustration over the development, with one tweeting: “Spoiler Alert… #Sainsbury’s has only gone and sold series five of #lineofduty today …

“Now everyone is on Facebook and let the cat out of the bag… @#@ fuming ain’t the word….”

While a third shocked fan scolded: “Naughty @sainsburys having #LineOfDuty series five DVD on sale before the final tomorrow night.”

Some didn’t have such a strong reaction, with fans even admitted they wanted to find and buy the early release of the drama series.

“Got to admit, I’m rather jealous of anyone who managed to nab themselves this! @sainsburys @BBCOne @Line_of_duty @ShrineOfDuty #LineOfDuty,” one person commented.

“Aaaagh I realised too late! Hope it’s still there tomorrow! #LineofDuty,” another begged.

Line of Duty concludes tomorrow at 9pm on BBC One.