The former One Direction star – whose ex reportedly told him "not to go near" the RIP singer – enjoyed a intimate moment while onstage in New York City last night. 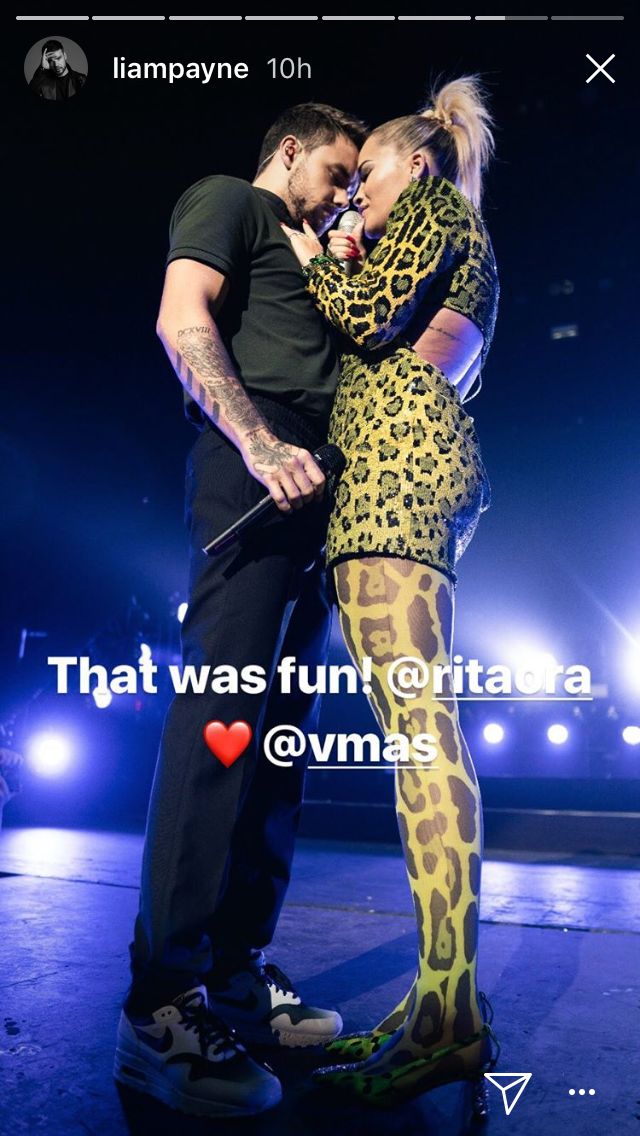 Liam posted a saucy picture of him and Rita getting very close during the performance.

He then posted a picture that was directed at Ora say he was "having a Rita".

Another of his snaps showed Liam in the front of a car, and a woman in the back – who's believed to be his rumoured new girlfriend.

During her performance with Liam, Rita, 27, showed her fashion forwardness in a bizarre neon green leopard print outfit. 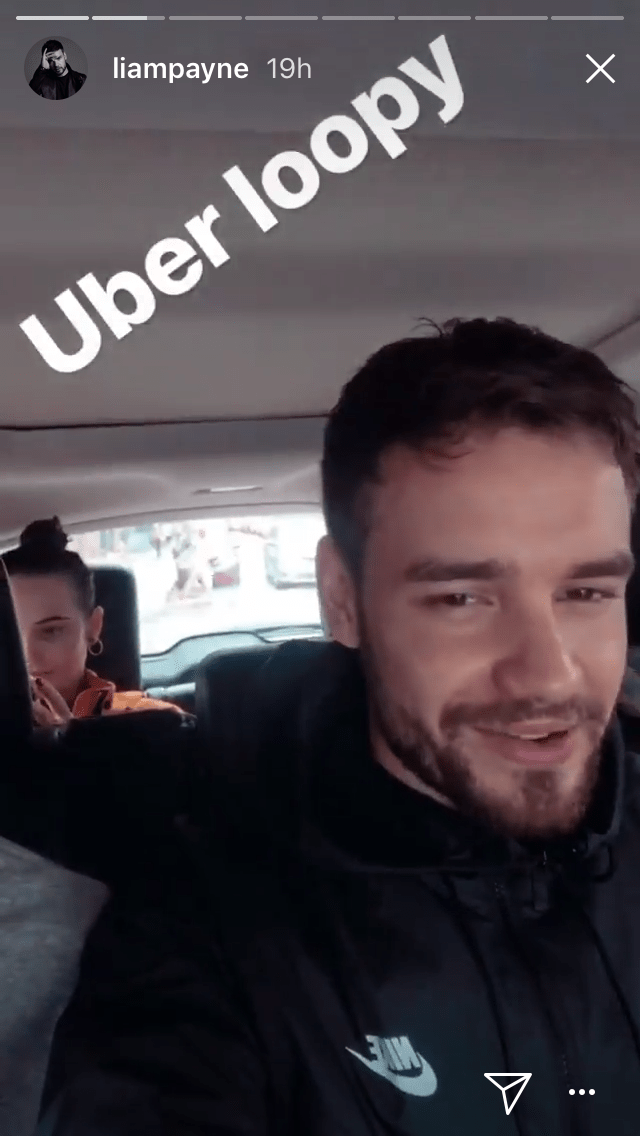 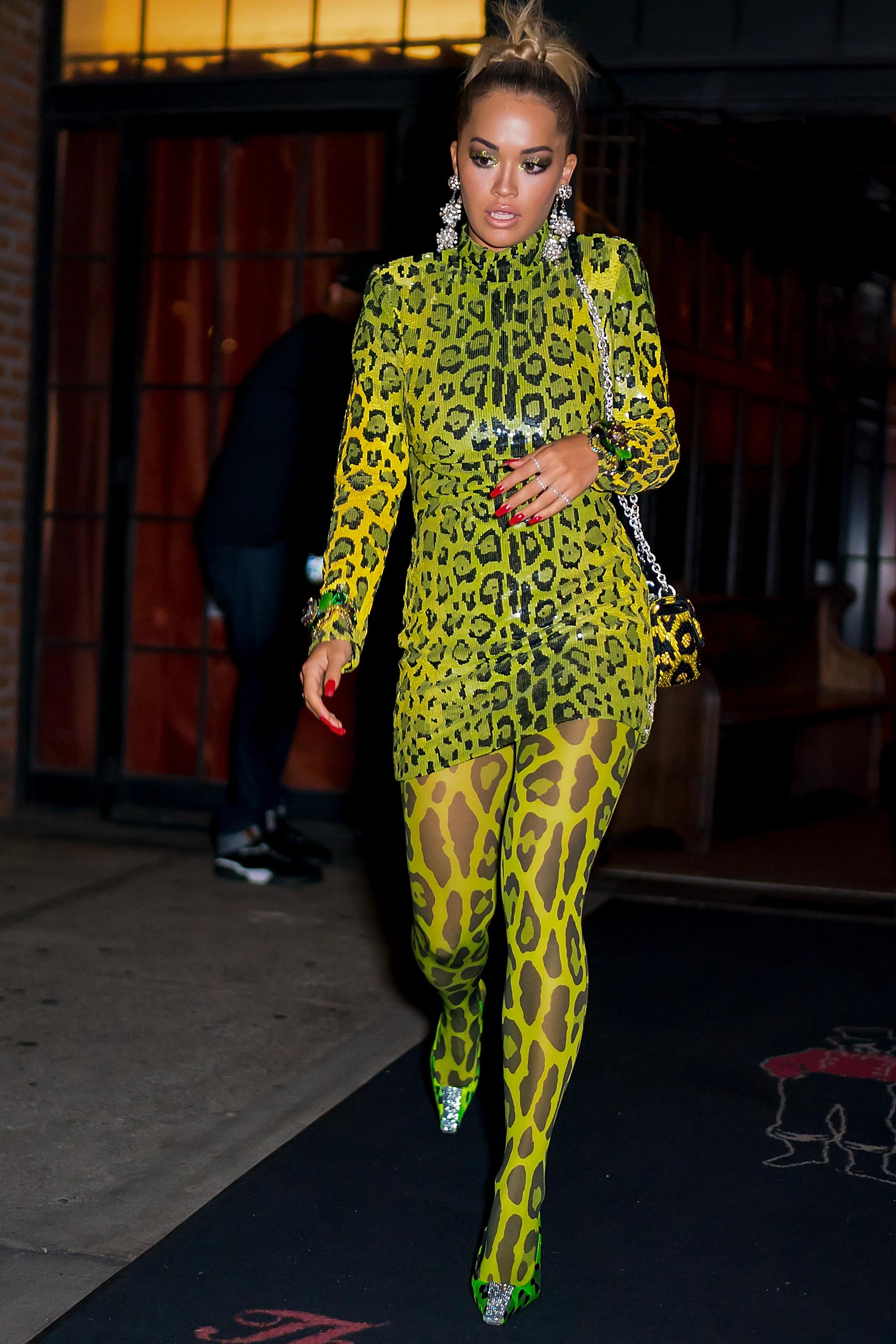 Not one to shy away from a less-than-conventional look, the 27-year-old opted for a wacky ensemble in the Big Apple.

Dressed head-to-toe in the fluorescent polo-necked dress and tights, the star even matched her shoes to the rest of her bright get-up.

Clearly not one to hold back, Rita completed the bold outfit with dramatic make-up and statement earrings.

The popstar scraped her golden locks into a knotted up 'do to add to the severity of the look. 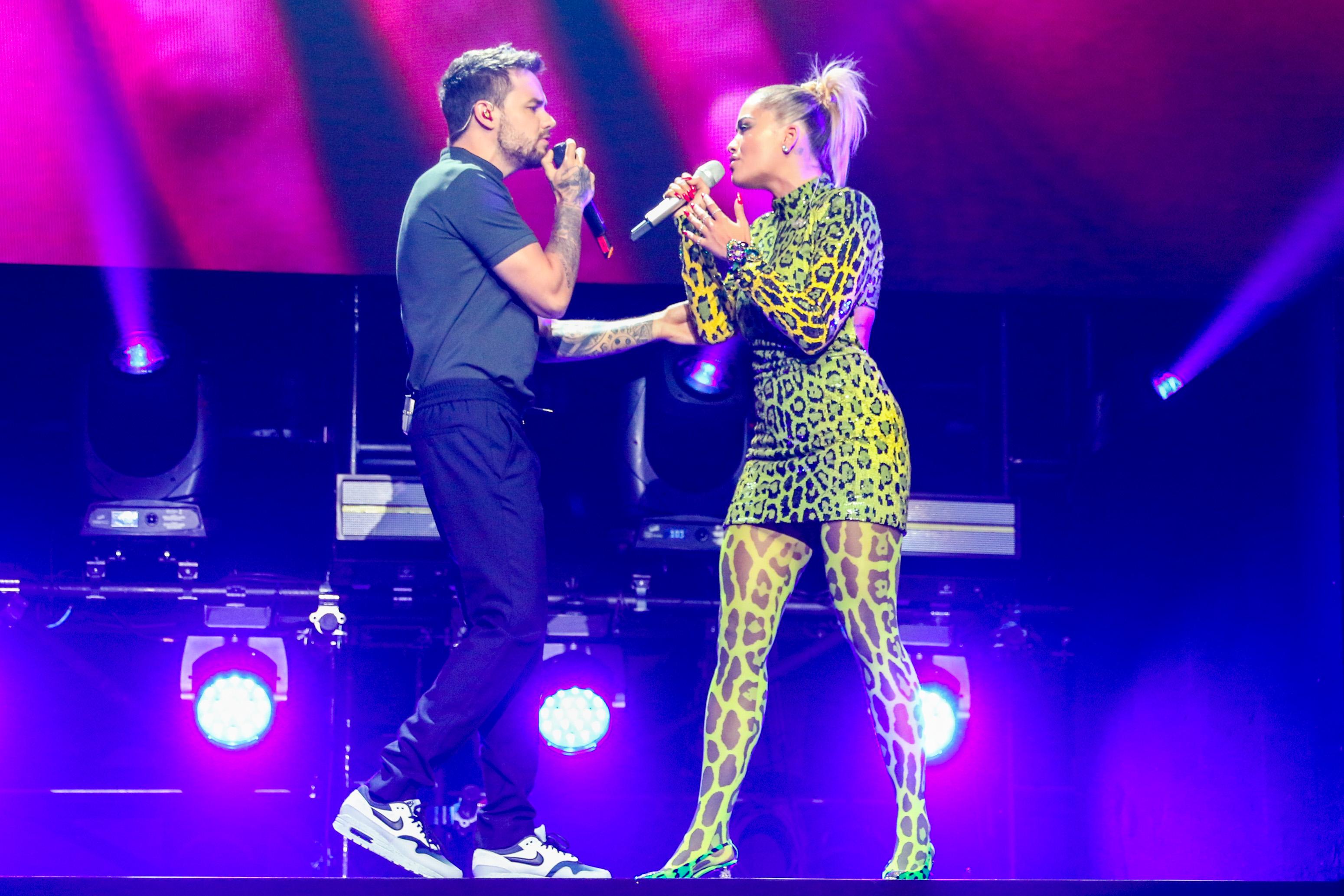 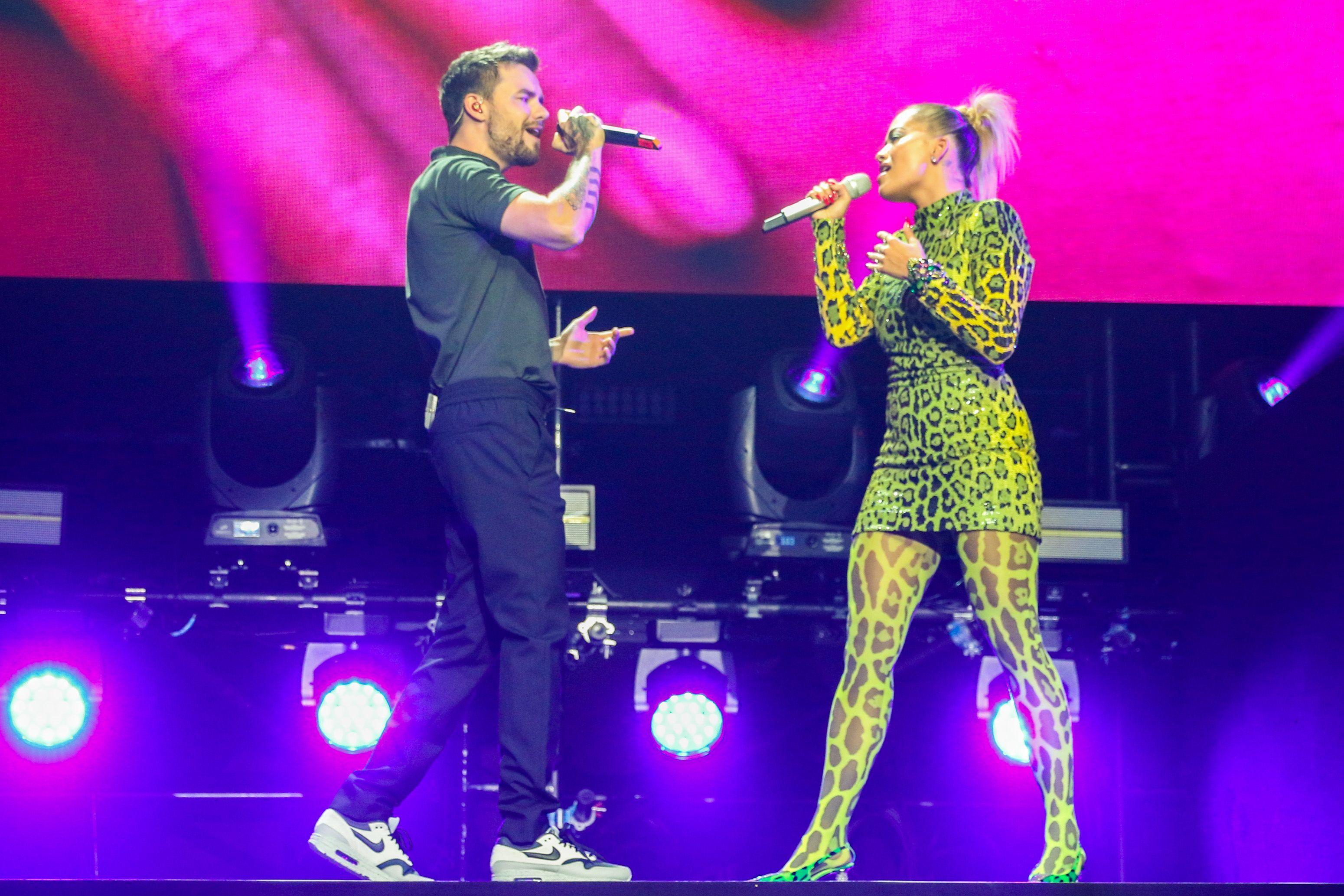 Rita selected the statement getup to perform at MTV's pre-VMA party at Terminal 5 in NYC.

The songstress teamed up with heartthrob Liam Payne to perform their Fifty Shades smash hit For You.

Putting on a seductive display, the singers serenaded each other on stage as is their custom when performing the sensual song.

But Liam opted for a more paired-down look than his singing partner. 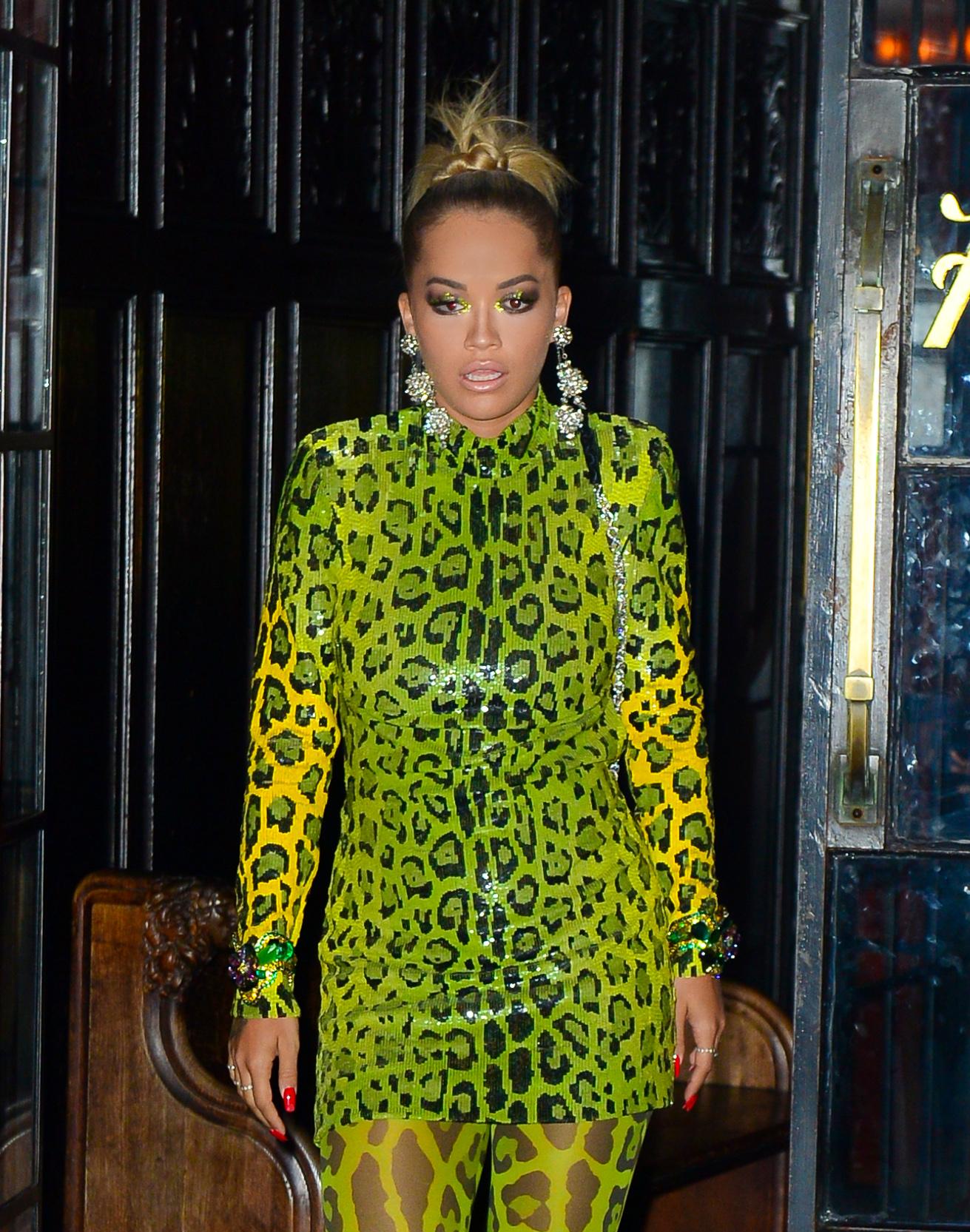 The former One Direction star rocked a buttoned-up polo top and trackies to hit the stage.

He finished of his casual ensemble with a fresh pair of trainers and his multiple tattoos exhibited for all to see.

Their raunchy performance comes after Rita enjoyed a much-deserved holiday to Malta.

The stunner kept fans up-to-date with her recent sun-soaked jaunt via her social media. 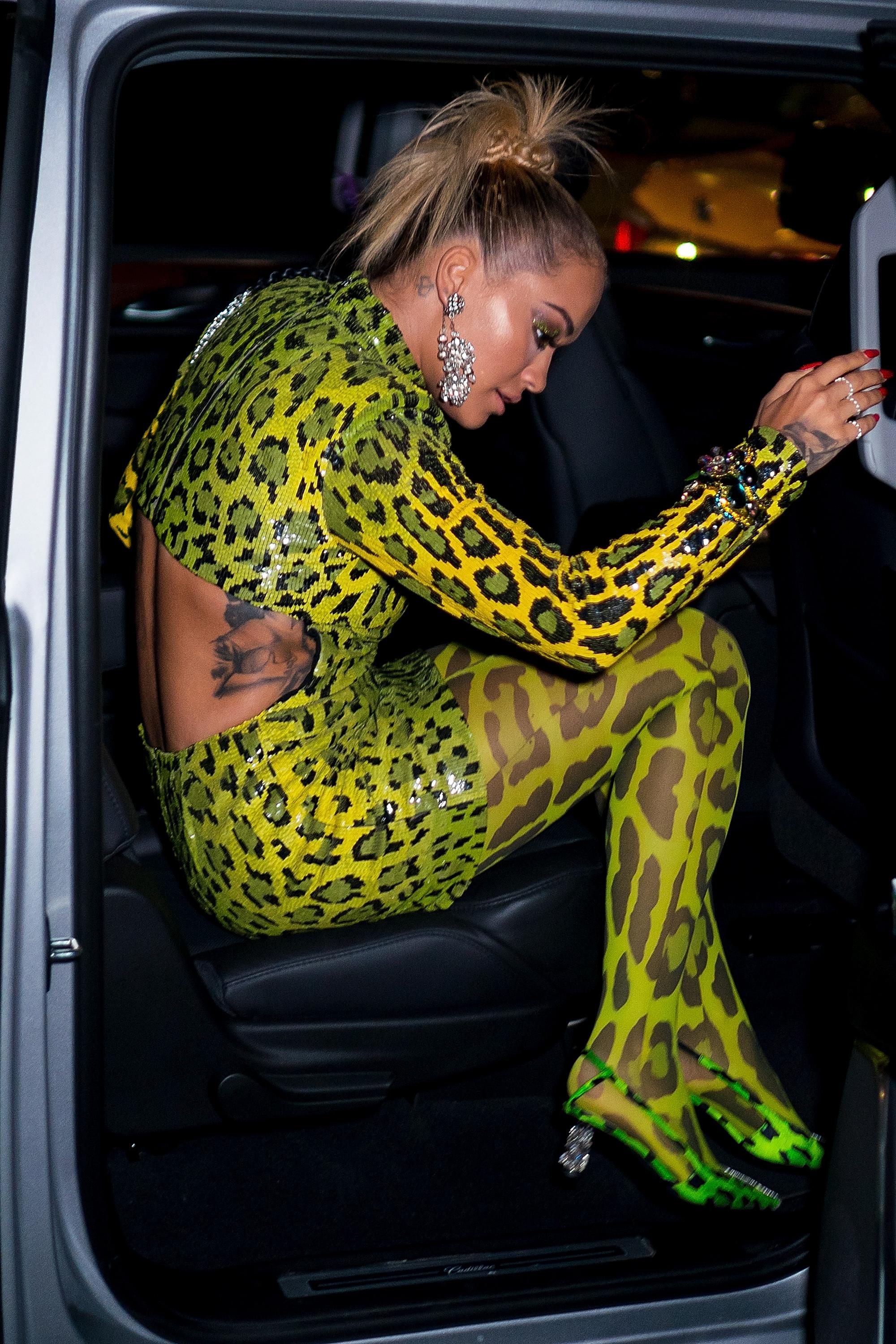 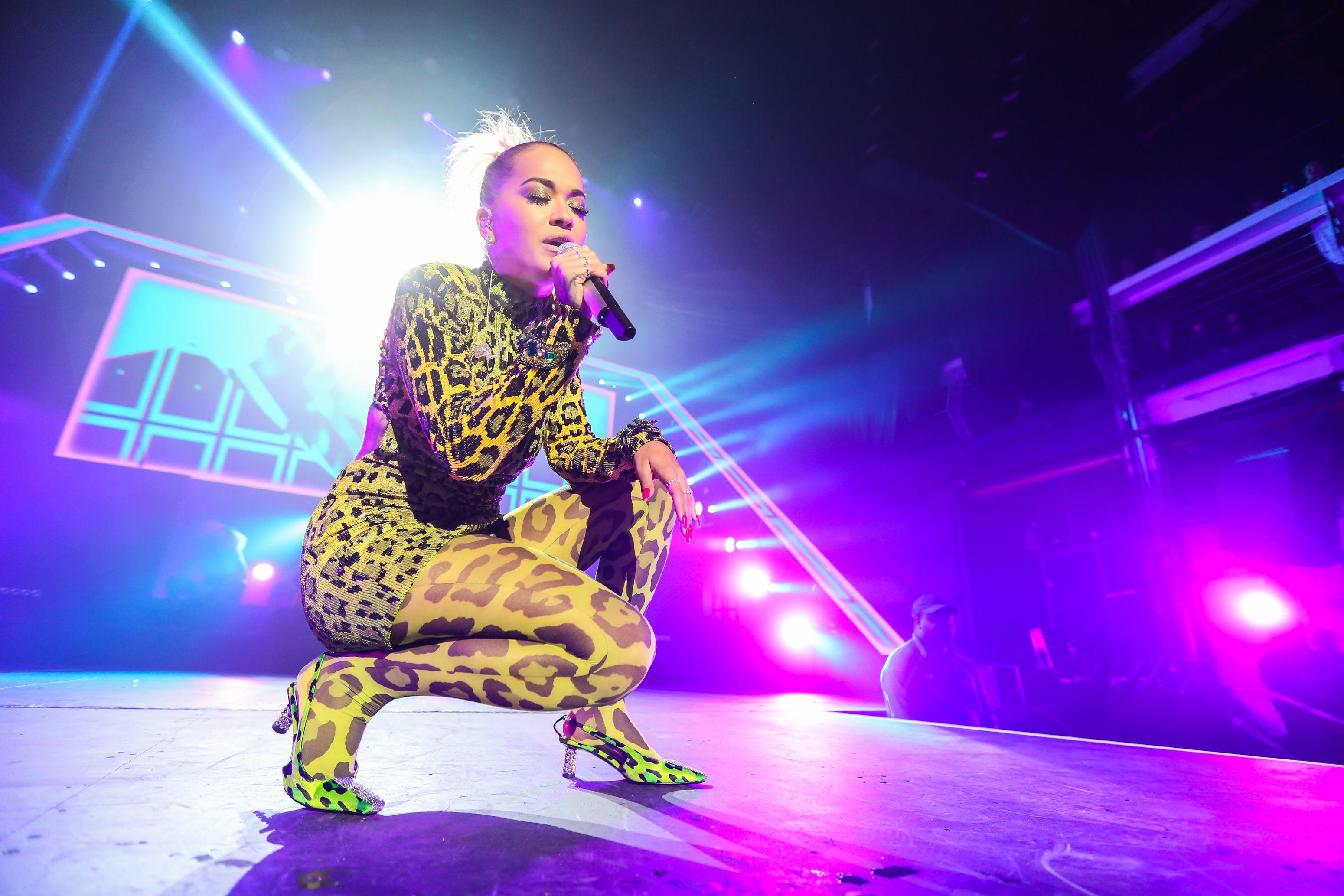 Last week she thrilled her fans when she shared a series of sexy selfies of her sailing a boat.

She stripped off to a white bikini to frolic on board the luxury vessel.

In one picture she was seen steering the boat, while in another she flashed her peachy bottom as she dived into the sea.

Her doting fans were quick to compliment their idol for her well-honed physique.

And it's not the first holiday that the singer has enjoyed this summer.

Just a couple of weeks ago Rita ventured to sunny Sardinia with her boyfriend Andrew Watt and Towie star Vas J Morgan.

The well-travelled star has also holidayed in Italy, Spain and the French Riviera to name a few.