Ron Howard, Barry Jenkins, Ava DuVernay among others elected to board of directors 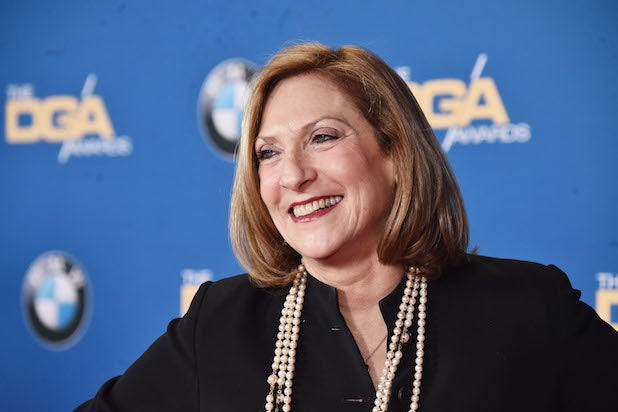 Director Lesli Linka Glatter (“Homeland,” “The Morning Show”) was elected President of the Directors Guild of America at the union’s National Biennial Convention in Los Angeles on Saturday night.

Linka Glatter has been on the Guild’s National Board since 2003, most recently as First Vice-President, and before that as Fifth Vice-President. She’s been a member of three negotiating committees including the most recent which brought in new residuals for directors in paid video on demand and other areas.

Additionally, 160 delegates representing more than 18,000 members of the DGA elected a new slate of officers and members of the National Board of Directors, which included Ron Howard, Barry Jenkins, Ava DuVernay, Paris Barclay and others.

“I am honored to have been chosen by my peers to serve as President, and am committed to continuing our Guild’s great legacy of protecting the economic and creative rights of our members—always with our eye on the future” said Glatter. “And there is nothing that makes me more hopeful about our future than looking around at this formidable, profoundly creative and incredibly diverse Board representing the future of this industry.”

“It has been a tremendous privilege serving as President over these past four years. And I am equally proud and thrilled to pass this baton into Lesli’s extraordinarily capable hands,” said Schlamme. “Lesli is a powerful force in the industry, and she’s brought that same energy to the service she’s dedicated to our Guild over the past two decades fighting for our members’ rights. She is so uniquely suited to lead us into the future.”

Here is the complete list of 2021-2023 DGA Officers and National Board Members: