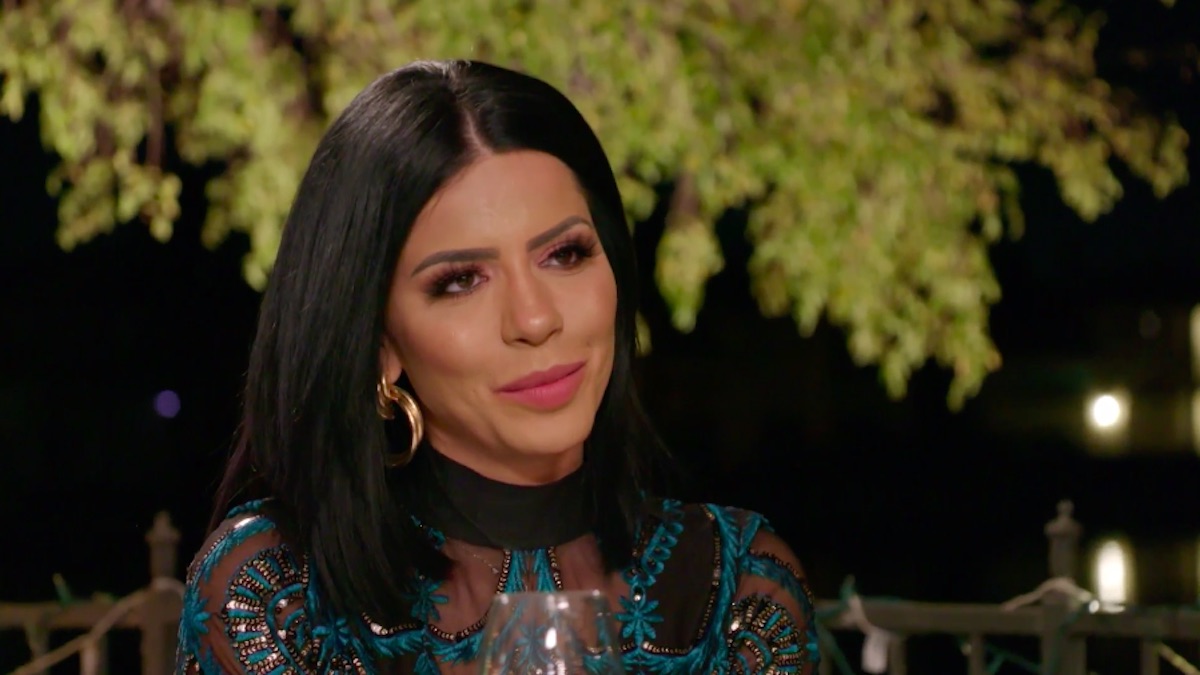 Larissa Lima started her 90 Day Fiance journey in Las Vegas with her ex-husband, Colt Johnson, and after only a few months away, the TLC star will be back in her old stomping grounds.

After separating from Colt and meeting her new boyfriend, Eric Nichols, the couple packed up and moved to a new state.

However, it looks like Colorado Springs isn’t Larissa Lima’s style as the mother of two recently announced her plan to return to Sin City.

Although she’s teased a move in the past, she made the move official with an announcement on Instagram.

She made a big mistake

Larissa learned an important lesson while in Colorado. While the reality TV star is used to cosmetic procedures, something finally went wrong.

From the pain level to the healing process, Larissa has always been transparent with fans regarding her plastic surgeries.

While lip fillers were one of her first surgeries, she quickly learned that she can’t trust her lips with just any aesthetic nurse.

Instead of leaving with the perfect Russian style doll lips that she was looking for, the needle hit a blood vessel leading to excessive bruising around her mouth.

This forced her to wait two weeks before being able to add the fillers she initially wanted.

She had an extreme fear of leaving with a botched face again, so she flew to Las Vegas to see her trusted doctor.

With these procedures becoming a regular thing in her life, she said, “Unfortunately, I am here in Colorado for now, and I can’t go fly every time I need a lip injection, but I learned my lesson; it’s important to find a good professional.”

Fans definitely believe that the botched lips definitely was a deciding factor when it came to her new address. 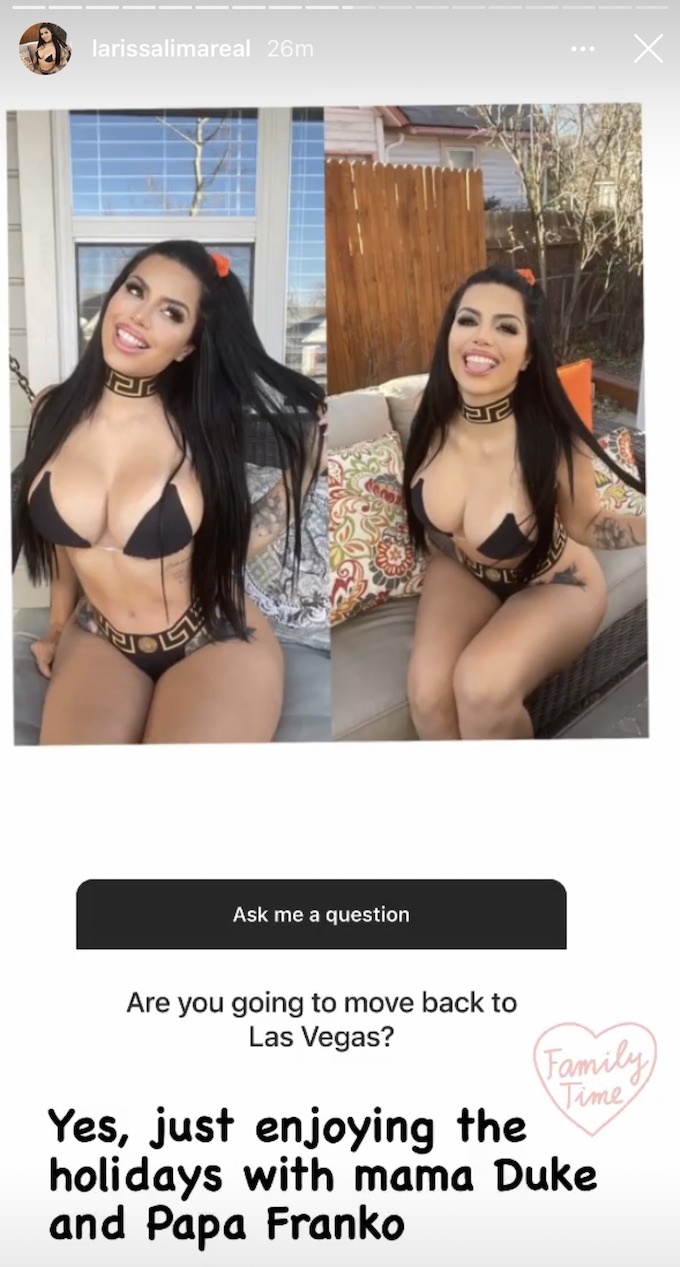 Who is Papa Franko and Mama Duke? It was clear fans were confused, so she cleared it up with another post on her Instagram story. 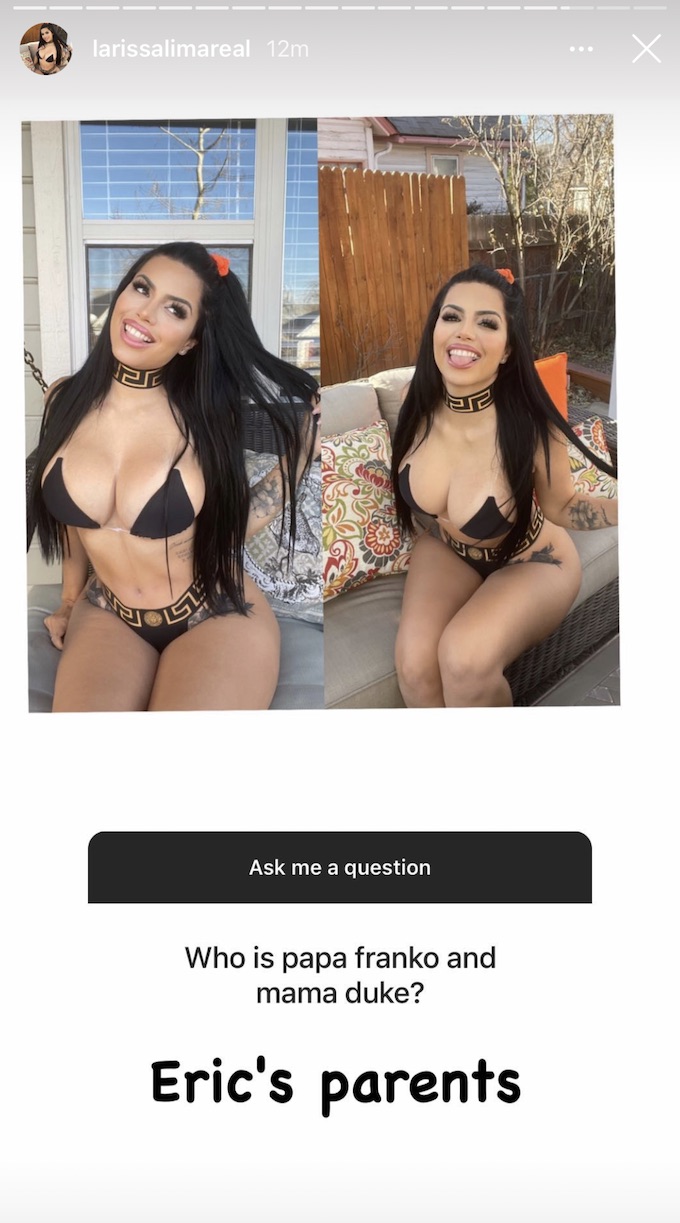 Although break up rumors were swirling, Larissa confirmed her move wouldn’t happen until after spending the holidays with Eric’s family.

She loves the scenery but noted that Colorado Springs is meant more for retirees and not adult entertainment stars.

After the CamSoda show and OnlyFans, it’s clear her image is more Las Vegas and less Colorado.

Do you think Eric will leave for Las Vegas with his 90 Day Fiance girlfriend?

90 Day Fiance: Happily Ever After? is currently on hiatus.

Never-before-seen pictures of Princess Diana have surfaced showing the bikini-clad royal enjoying a day out on a yacht. The photos, which were taken in 1990,…

Macy's was called out for referring to performers from a Black sorority as a "diverse dance group" during their annual Thanksgiving Day Parade Thursday, according…