The couple were pictured kissing as they visited Stadium Goods in New York's Soho, a day after they snuggled up on the red carpet for the fashion party. 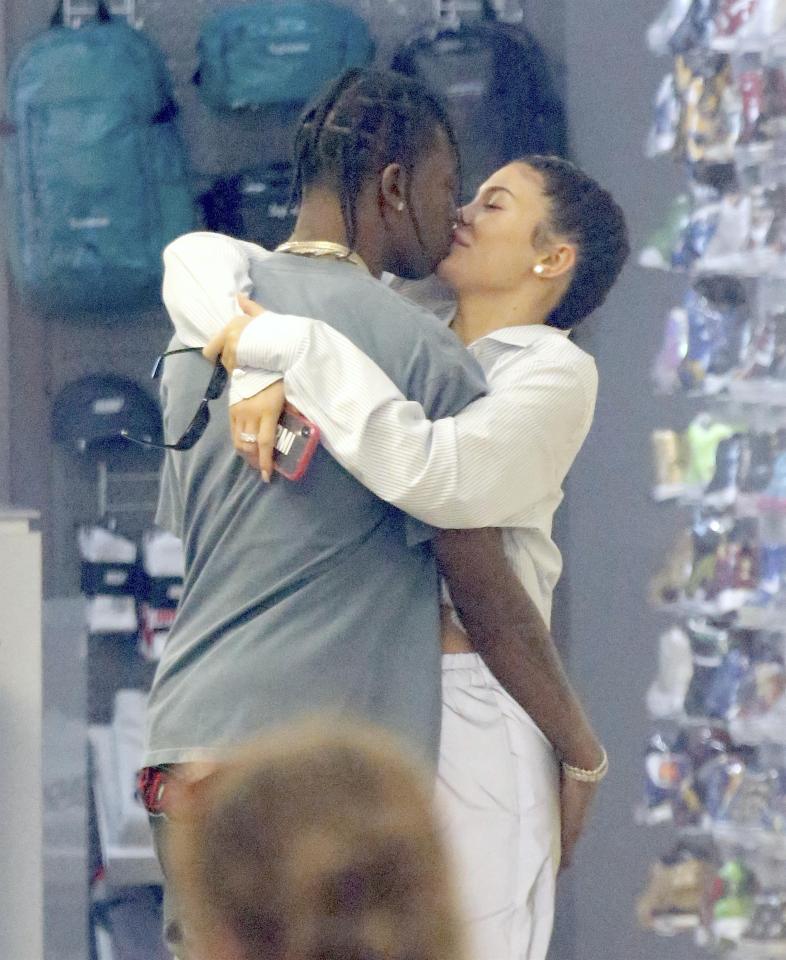 Leaning up to give her boyfriend a peck on the lips, new mum Kylie, 20, wrapped her arms around the 26-year-old rapper as they took a break from browsing trainers.

The father of baby Stormi held his girlfriend at the waist as he embraced her.

In contrast to her glamorous red carpet appearance, the reality TV star kept her look casual for the day out. 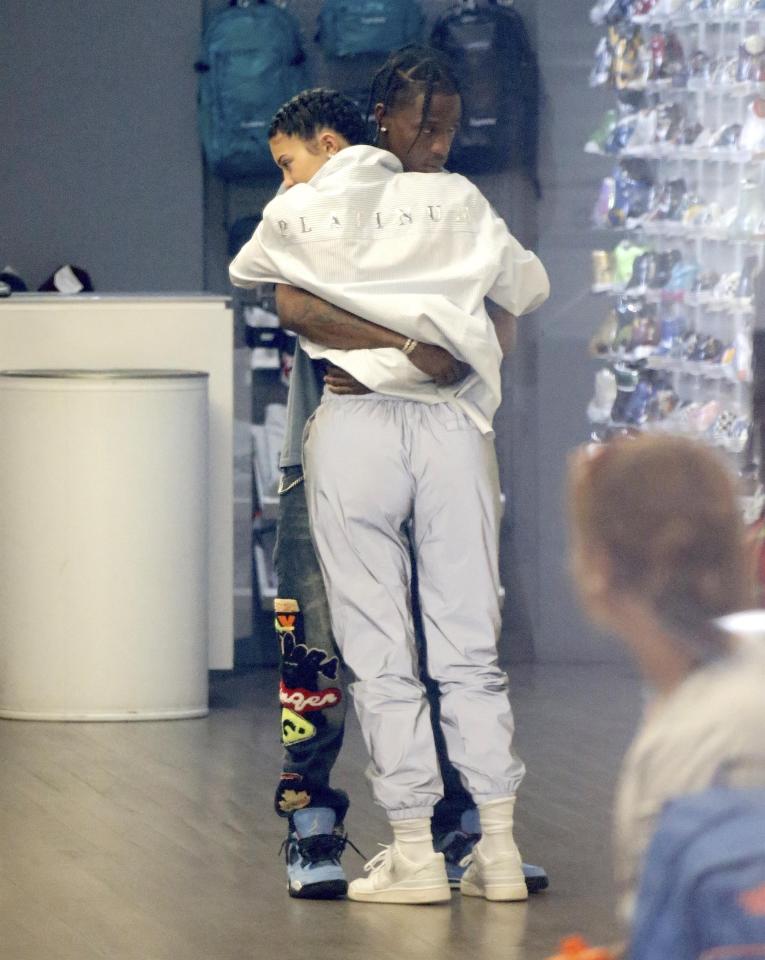 The mum of one wore her hair in sleek plaits and shielded her eyes in a pair of statement black sunglasses.

She made her red carpet return at the Met Gala the night before just three months after giving birth to daughter Stormi.

She was joined by boyfriend Travis Scott at the prestigious event, wearing a black peekaboo gown.

The dress was designed by Alexander Wang and featured a long train, zip side detailing and a cut out underneath her bust. 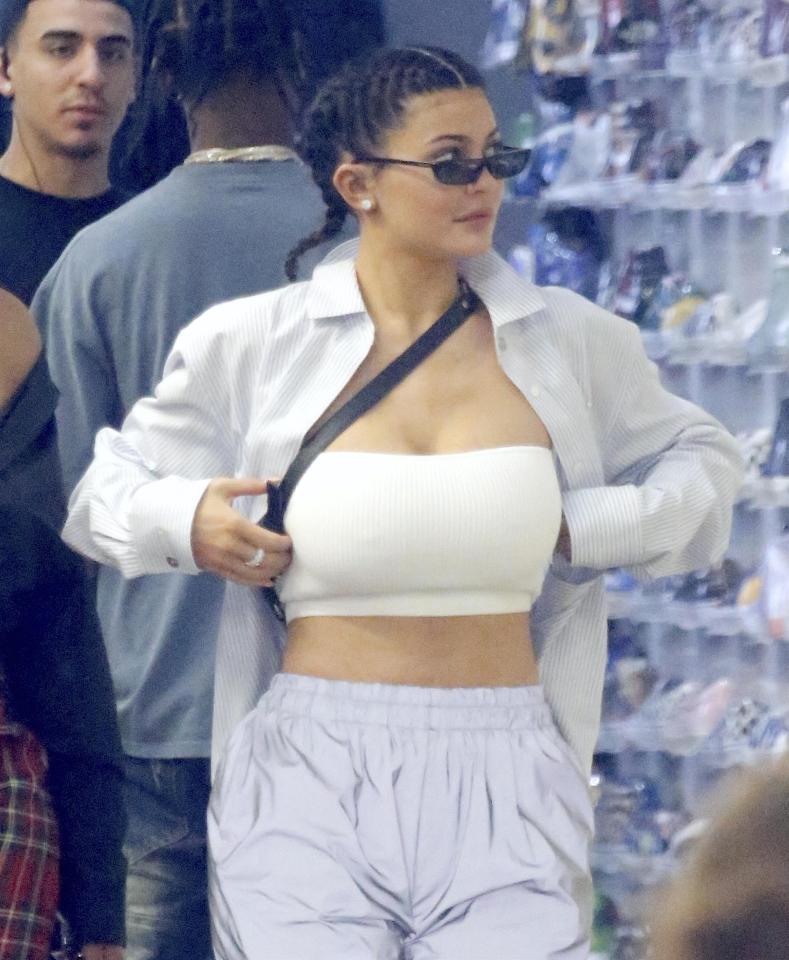 Kylie added a pair of small sparkly sunglasses as she showed off her post-baby body on the red carpet.

The couple became proud parents to daughter Stormi back in February, after Kylie kept her pregnancy secret. 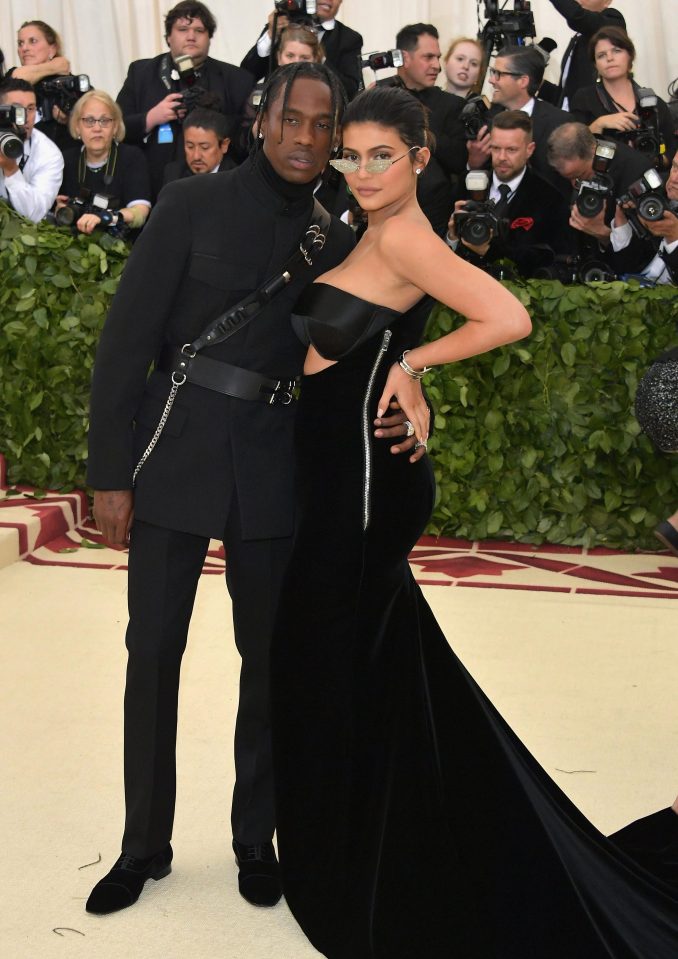 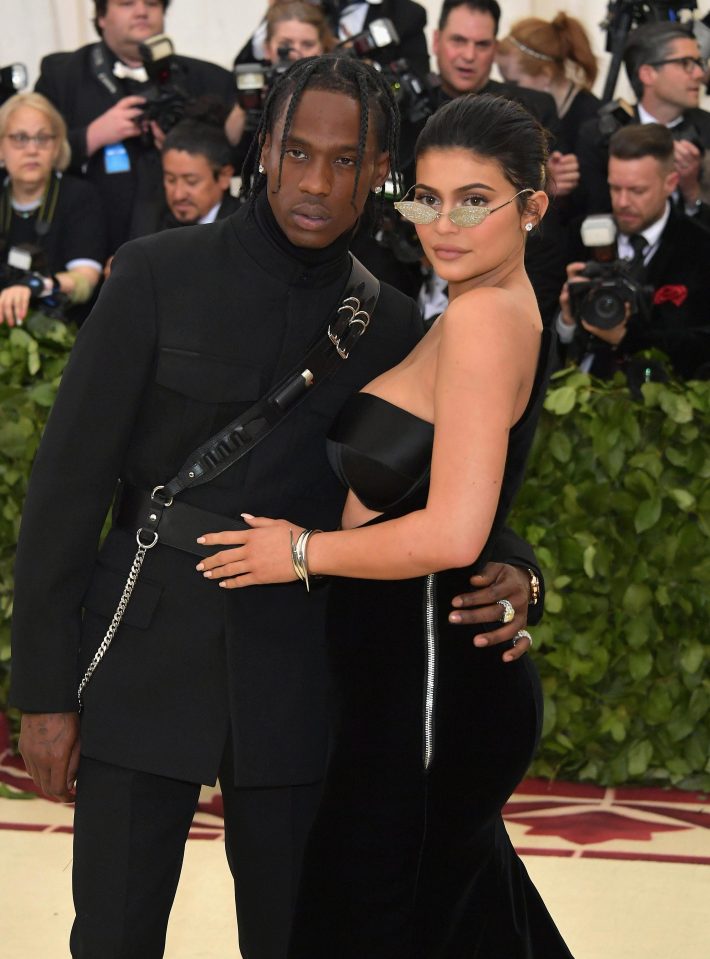 Kim asked her younger sister about plastic surgery, with Kylie explaining: "I feel like if it makes you feel better, and if that's what you want to do, I'm not against it.

"Right now I probably wouldn't do anything, actually."

After giving birth to baby Stormi earlier this year, Kylie discussed the early days of motherhood.

She told Kim: "I feel like it's just been so amazing, and so much fun. I'm learning so much more about myself and life, and it's been such a great experience.