The superstar couple wore cargo pants as they went to celeb hotspot Malibu, with Kim opting for a khaki colour while Kanye chose a darker shade. 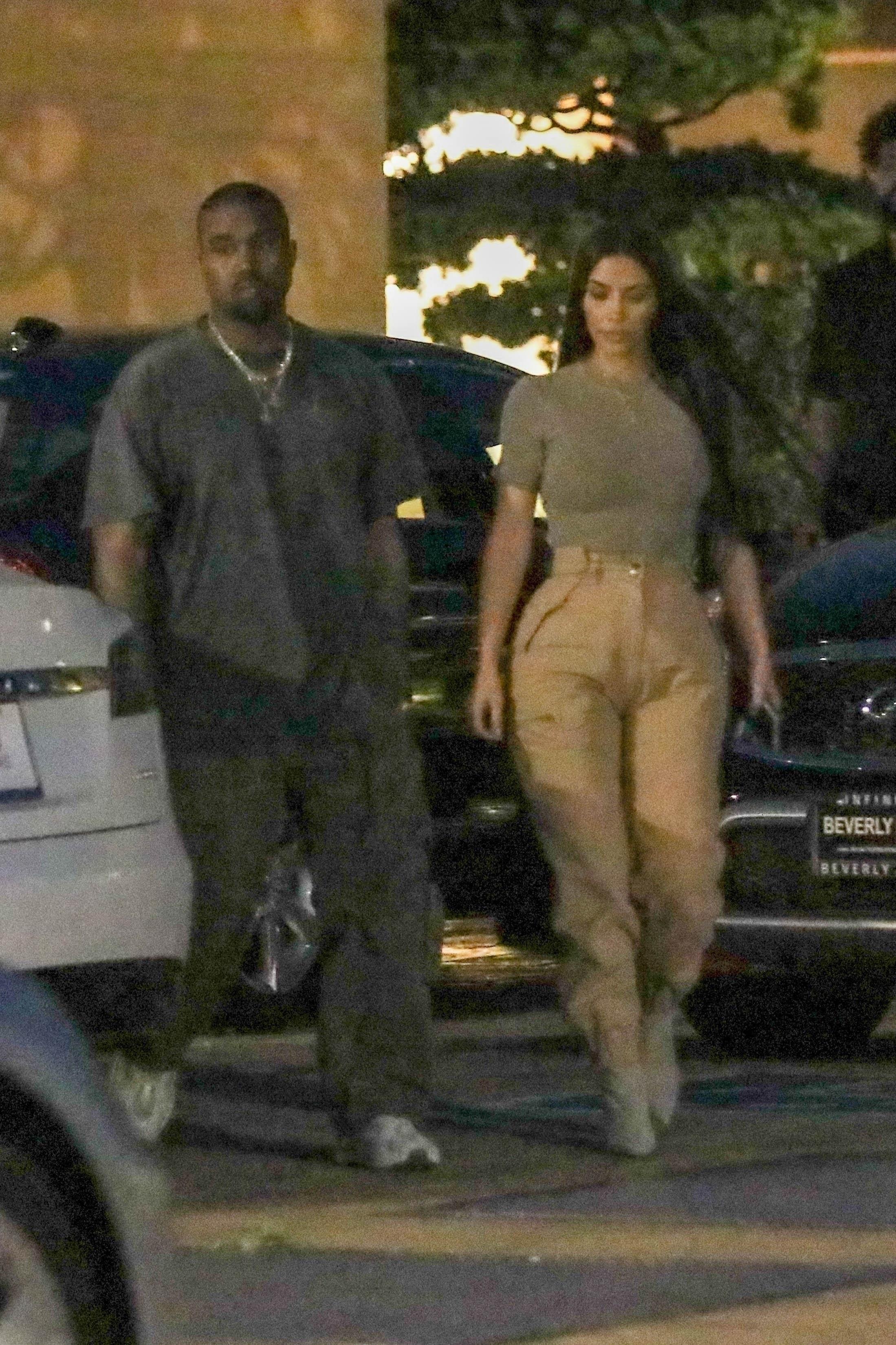 Kim, 37, tucked her tee into the high-waisted trousers and wore a pair of white heels.

Kanye, 41, was a touch more casual than his wife, wearing a baggy T-shirt, trainers and a chunky chain.

The day before their date, Kim made some serious waves when celebrating US Independence Day.

The reality star, 37, slipped into a sexy Dior bikini and tried wakeboarding for the first time as she marked the Fourth of July at a lake "in the middle of nowhere" with her girlfriends. 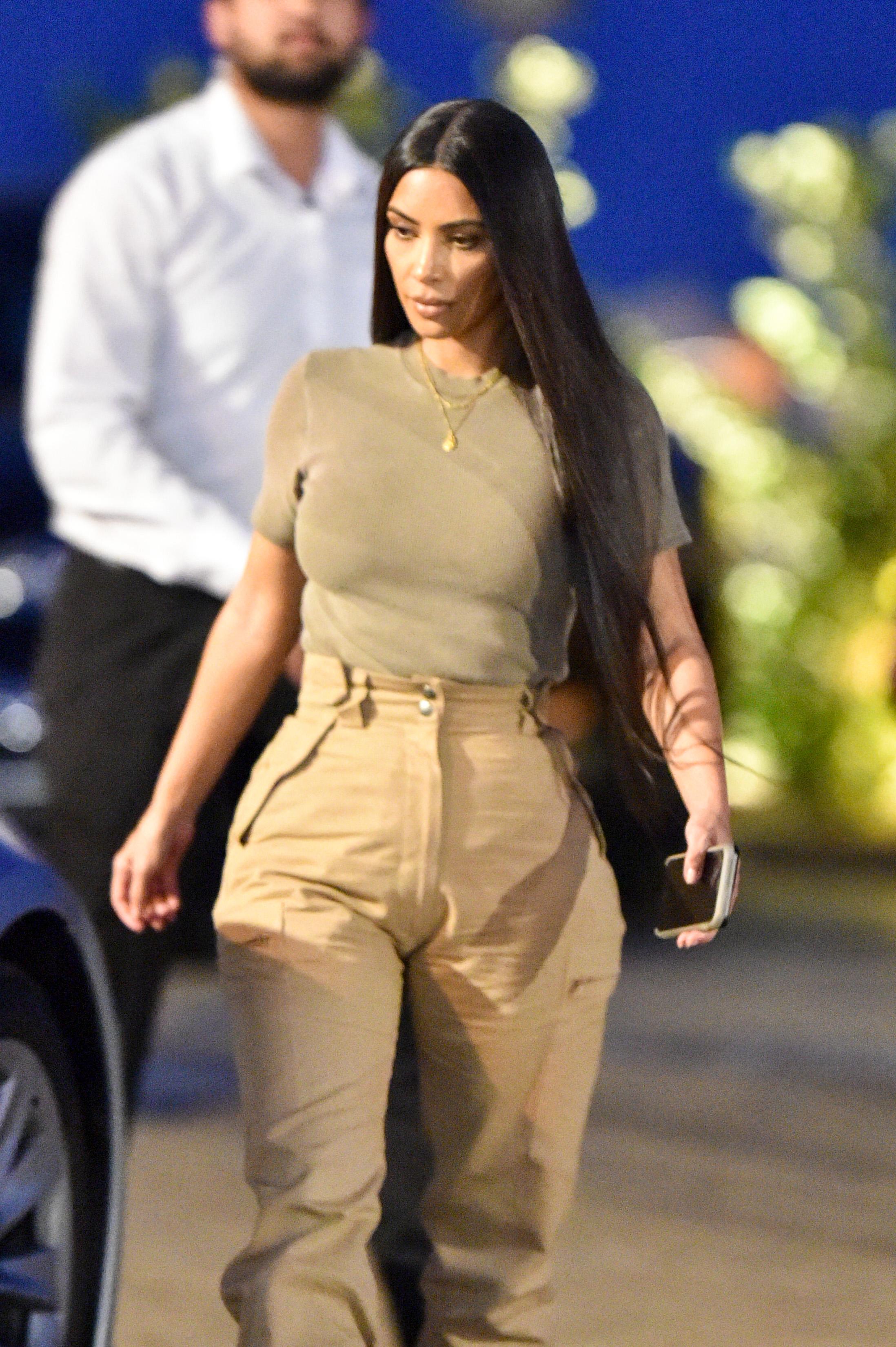 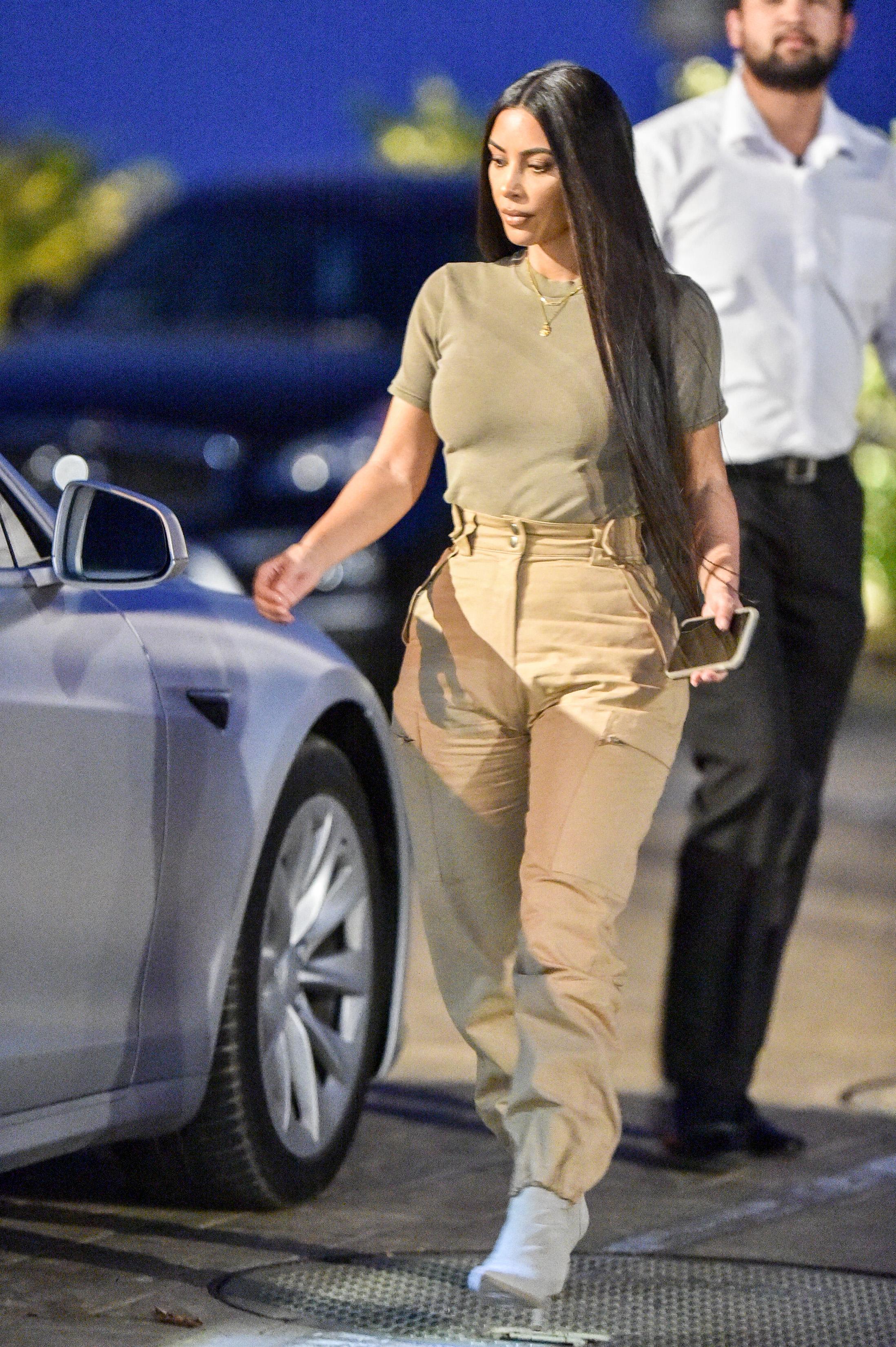 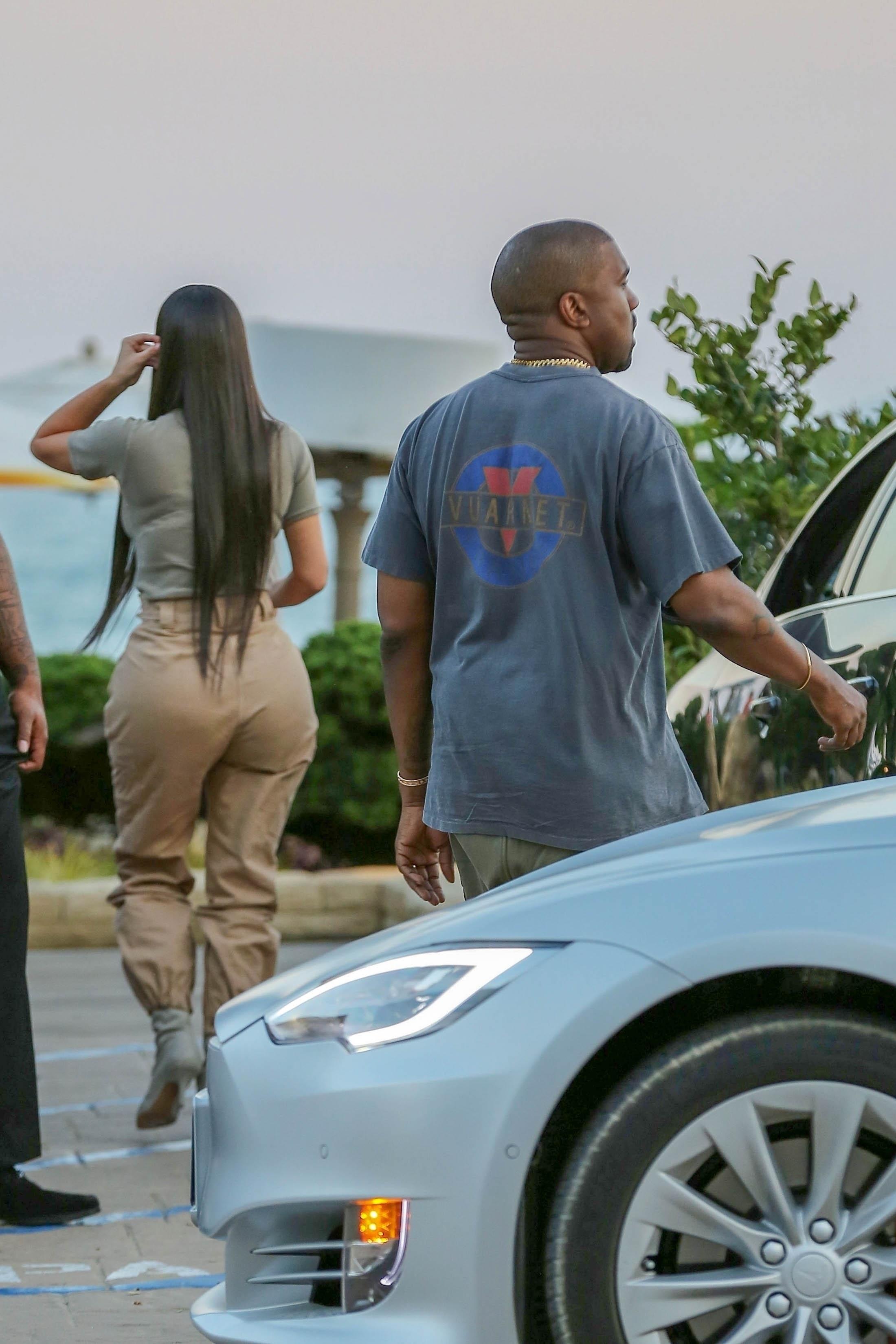 The social media savvy star of course made sure to document the fun day out on Instagram, sharing snaps of herself parading on a boat in her bling two-piece before things took a more active turn.

Desperate to ace her first attempt at wakeboarding, the mum-of-three is seen holding on with one hand and reaching out with the other as she tries to navigate the choppy lake.

But Kim certainly wasn't a natural as it was only ever a matter of seconds before she went plunging into the water.

"This was way harder than it looks!!!" the star joked in another post. 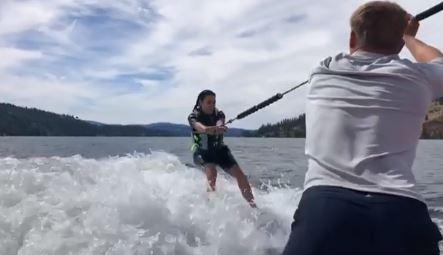 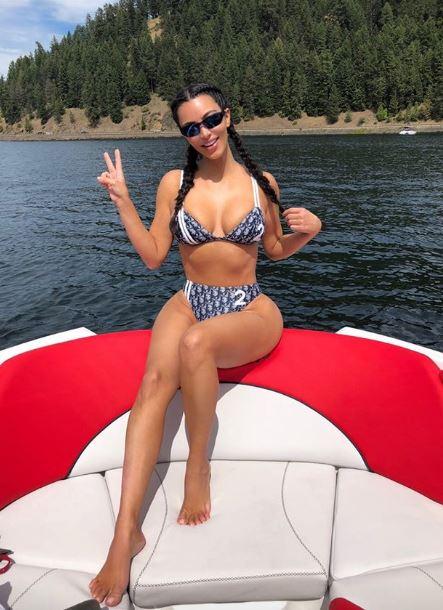 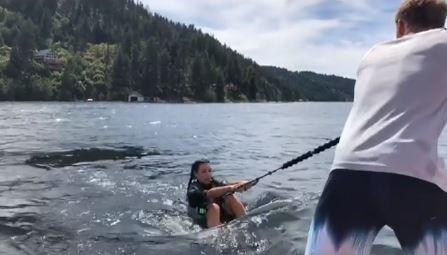 The businesswoman then showed her best friend Allison Statter, who she has known since primary school, effortlessly cruising on her board.

Once the girls had wrapped up their session, they spent the evening roasting marshmallows on a fire pit.

Teasing their serene location, which boasted a large lake buried between rolling green hills, with an Instagram story video, Kim said: "This is just a little slice of heaven in the middle of nowhere."

Earlier in the day, the cosmetics mogul had melted fans' hearts by sharing videos of her son Saint, two, showering his five-month-old sister Chicago with love. 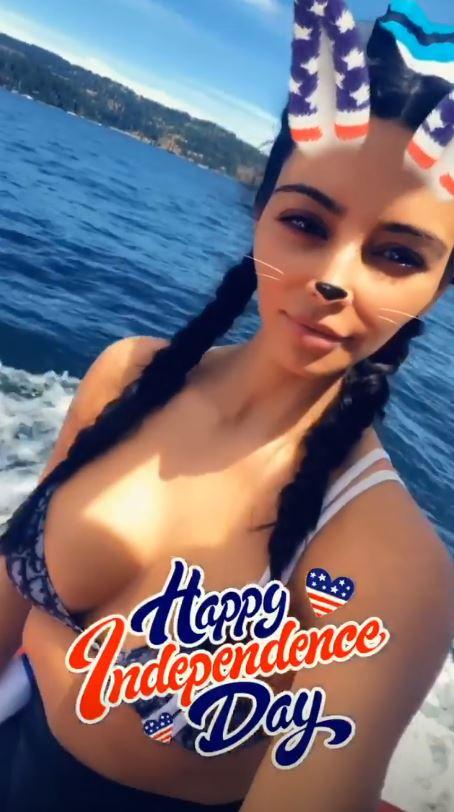 "Kissy, kissy," the tot said as he planted a number of kisses on the tot's face, before pointing out that she was nibbling on his hand.

"Well maybe you shouldn't put your finger in her mouth then," a laughing Kim responded.

Kim and husband Kanye are also the parents of daughter North, five.