The new mum looked happy and relaxed as she took her newborn daughter out for a walk. 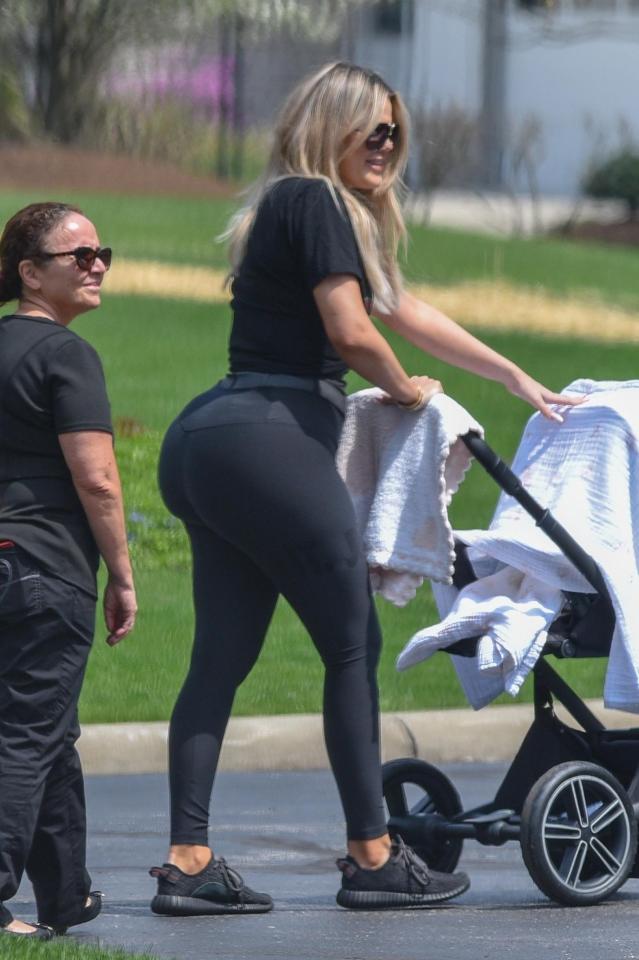 Khloe, 33, was seen pushing the tot in a buggy as she walked alongside a female security officer.

The doting mum kept True out of the sun by draping a blanket over the buggy.

She was pictured rearranging the makeshift sunshade as she chatted to her bodyguard.

The outing marks one of the first times Khloe has been seen out with her newborn since the birth last month. 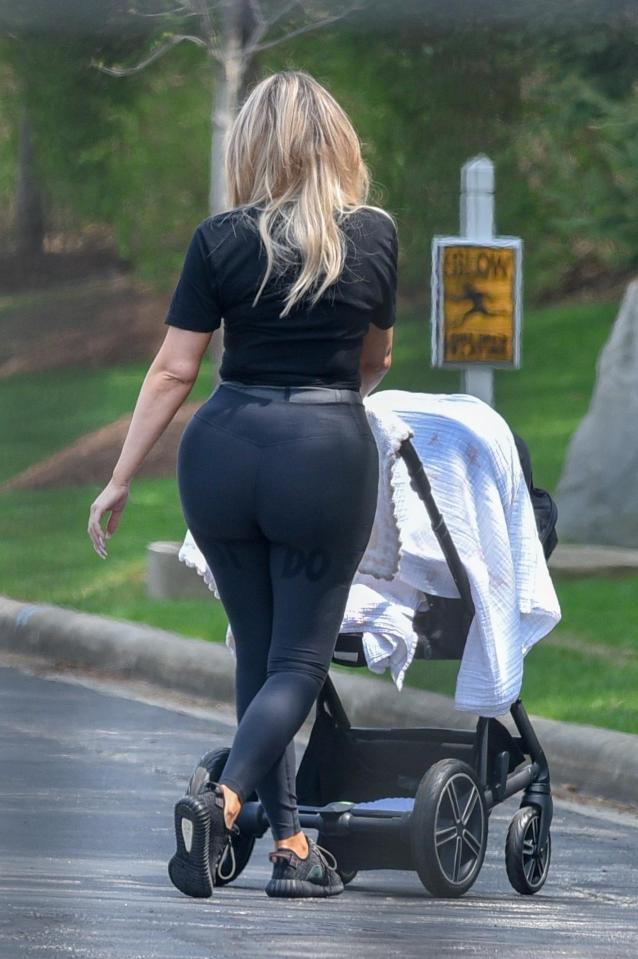 She welcomed daughter True in April, and was later hit with shock claims that the baby's dad, Tristan Thompson, had cheated on her while she was pregnant.

However, Khloe is giving him another chance and was even spotted cheering on the sportsman as she watched him play in the NBA for the Cleveland Cavaliers this weekend.

The reality star, 33, has maintained her relationship with the sportsman, 27, after it was revealed he'd cheated on her with a string of women. 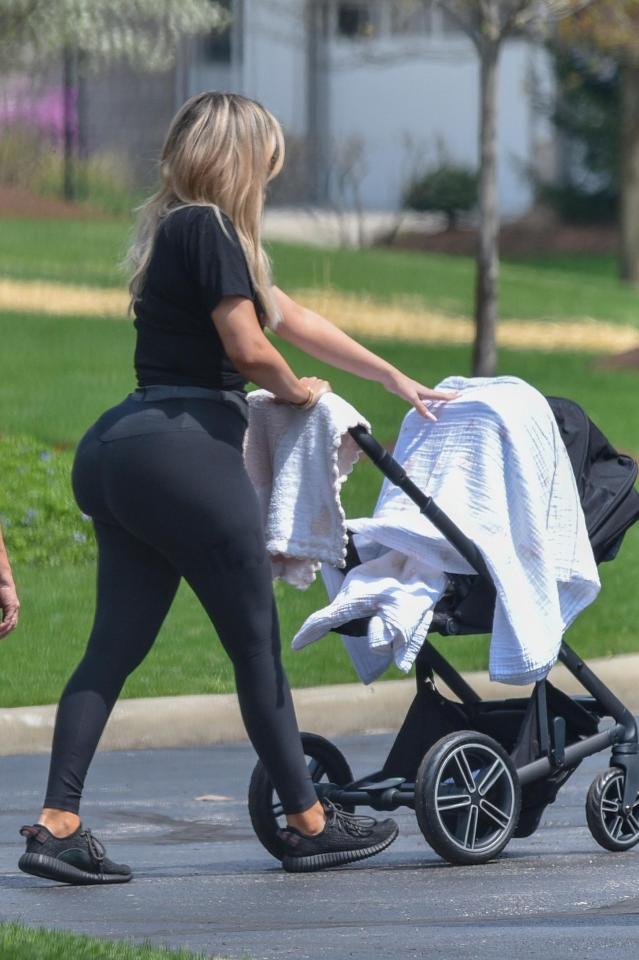 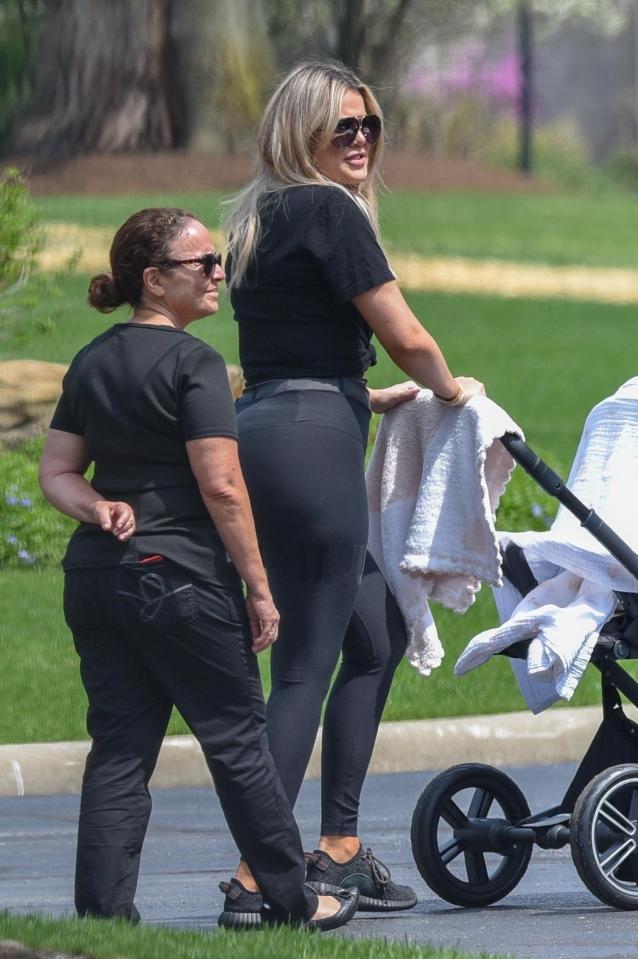 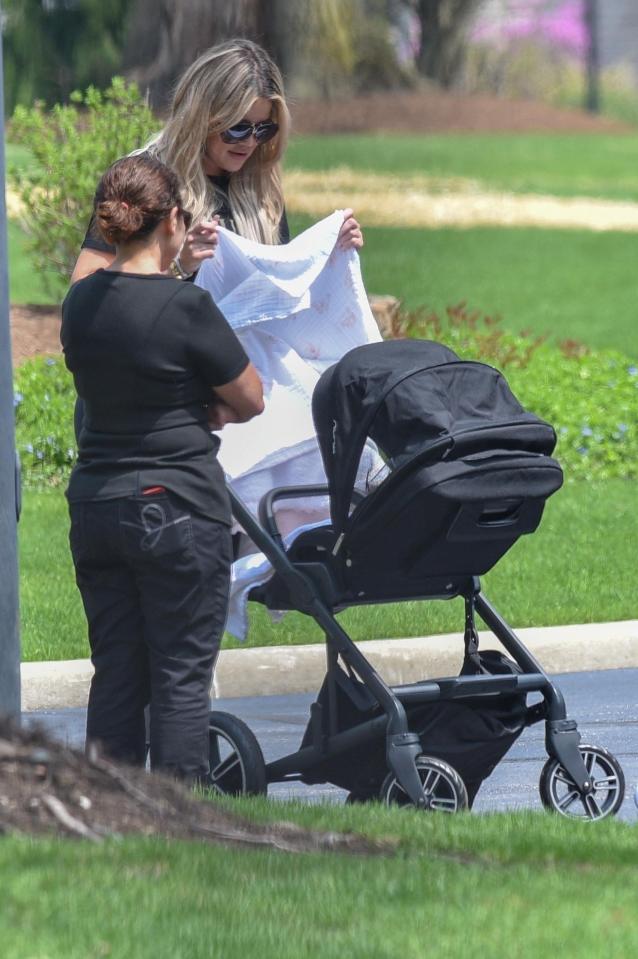 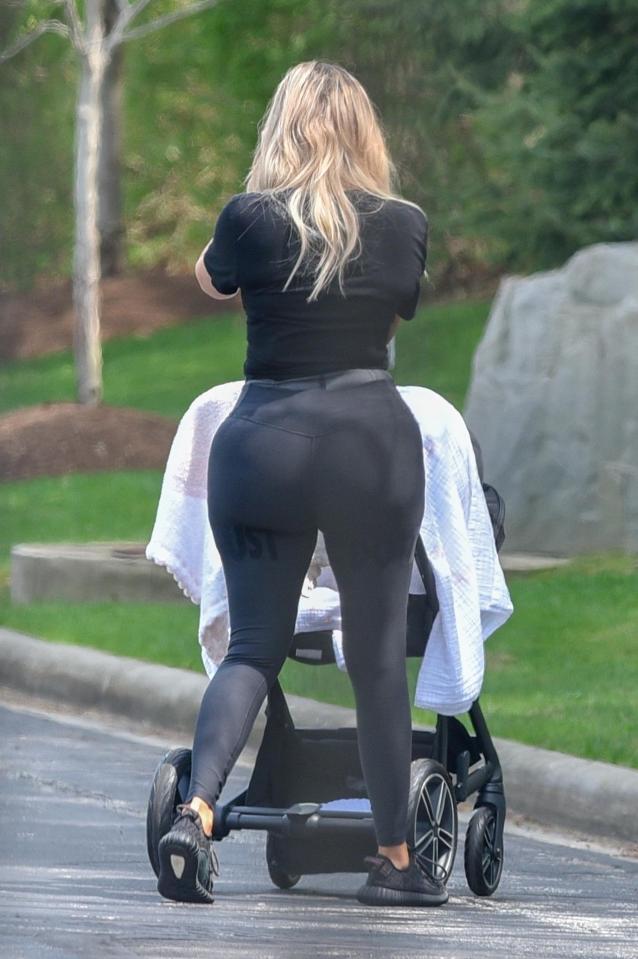 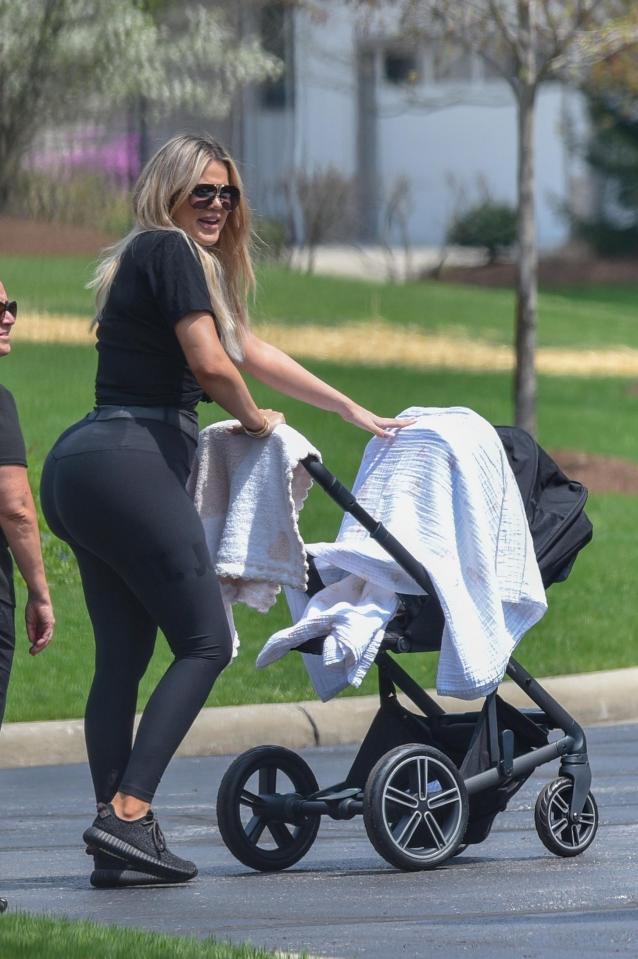 It comes after Khloe was pictured enjoying lunch with Tristan on Friday at the TownHall restaurant in Cleveland.

Khloe looked in good spirits as they all chatted over the meal proving the Sun Online's exclusive that the pair never split up.

Meanwhile, Khloe has been keeping a low profile since it emerged the basketball star had been unfaithful to her while she was heavily pregnant.

Her mother Kris recently spoke of how "proud" she is of her daughter's strength.

She said: "Khloe is amazing, I am so proud of that kid.