The enormous pair of lungs were last seen being carried by a policeman after Katie had to stop running. 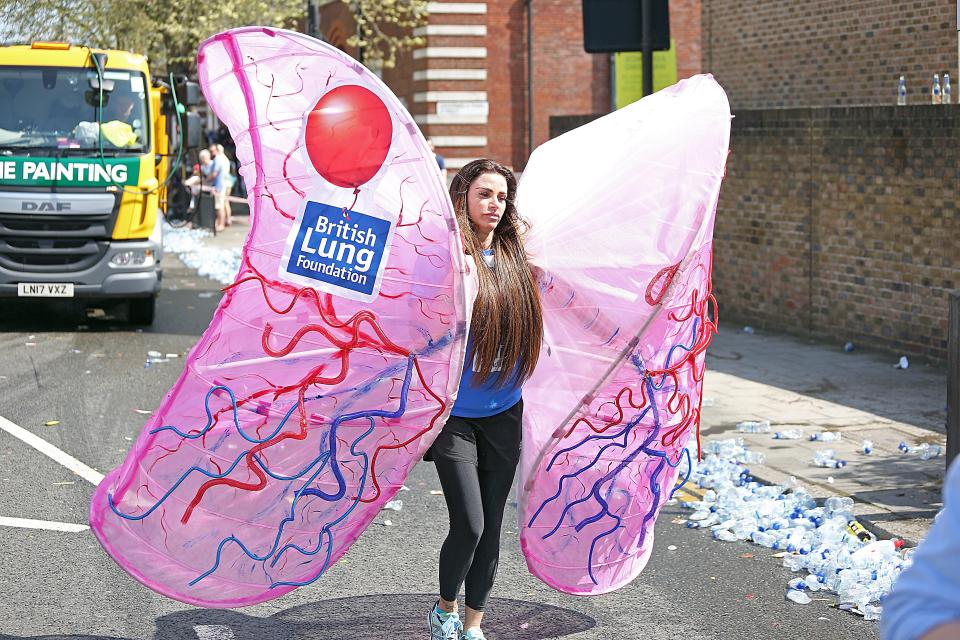 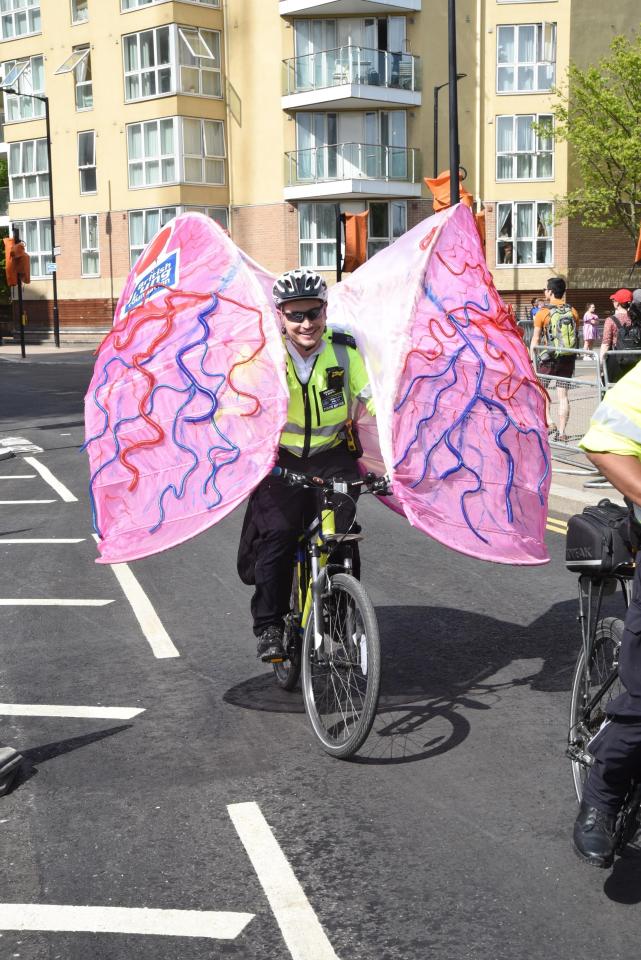 But this morning, they were found in Trafalgar Road, close to the six mile mark in Greenwich, where 39-year-old Katie pulled up.

An eyewitness told The Sun Online: “I was out for a run and came across Katie’s outfit.

“It seems the copper that was carrying them taken them to a safe place for Katie.

“But now they’re lying in the street. It’s possible someone took them as a souvenir but couldn’t carry them because they’re really heavy. 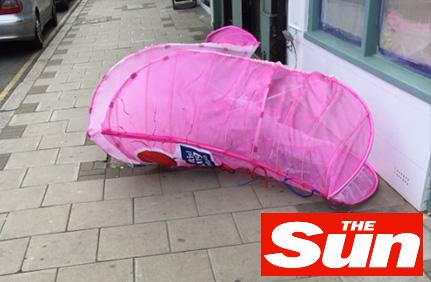 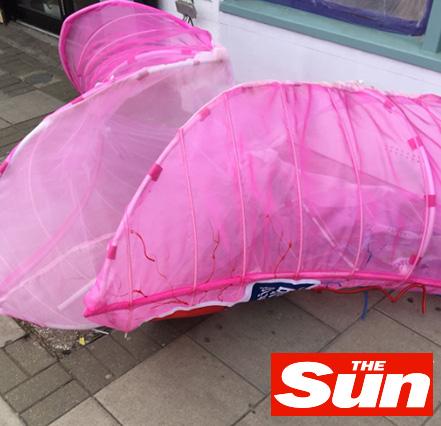 “It’s bin day in the area too, so it’s more than likely they’ll be crushed up in one of the council’s lorries before the afternoon is out. It’s a shame really.”

Katie was cruelly mocked by trolls when she had to stop running because of her knee injury.

She was running to raise money for The British Lung Foundation after her mum Amy was diagnosed with a terminal illness.

Amy hit out at the vile online bullies and told her Twitter followers yesterday afternoon: “I just want to say how proud I am of my daughter Katie for doing the marathon. 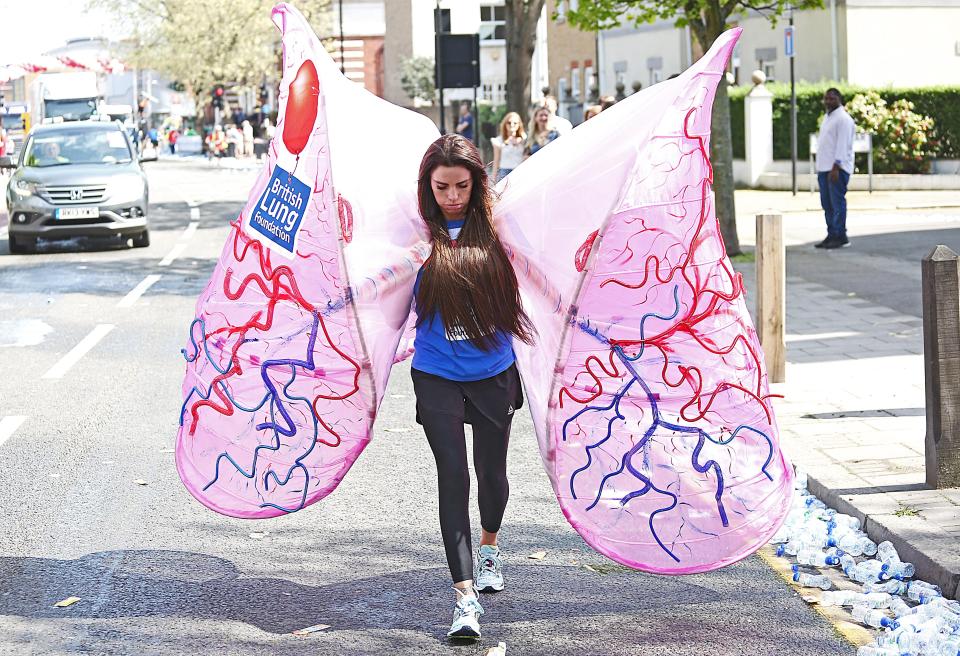 “She may not have completed it but she has brought so much awareness it has been worth it for the British Lung Foundation.”

Katie will no doubt be devastated she couldn’t finish the race after saying she would “crawl over the finish line” if she had to. 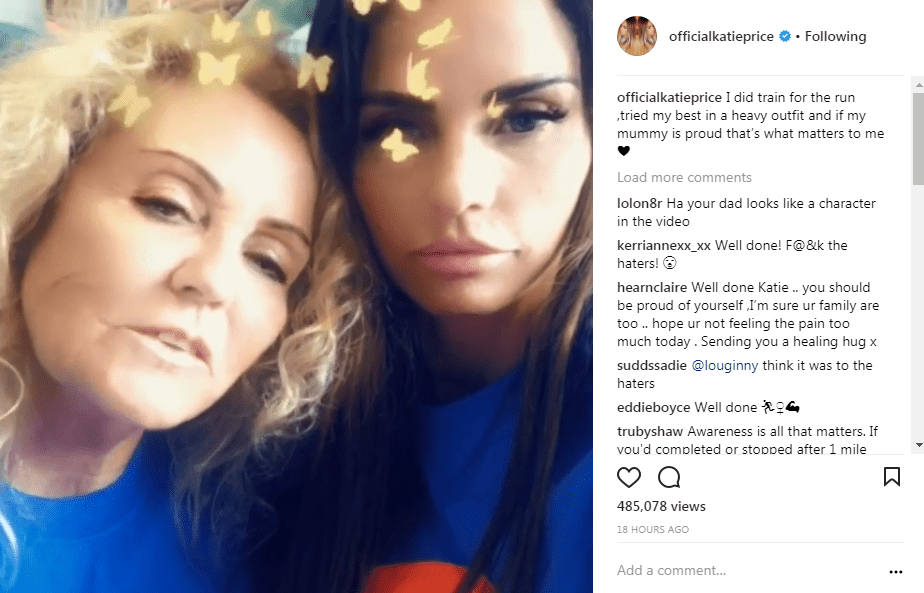 She said afterwards she had tried her best to keep going on the mammoth 26 mile course.

Next to a picture of her and her mum, Katie said: “I did train for the run.

“Tried my best in a heavy outfit and if my mummy is proud that’s what matters to me.”