KATIE Price has splashed out £3,000 on a hi-tech exercise bike to help her son Harvey lose TEN stone.

Katie, 42, wants Harvey, 18, to cycle his way to a slimmer body as he currently weighs a perilous 27 stone. 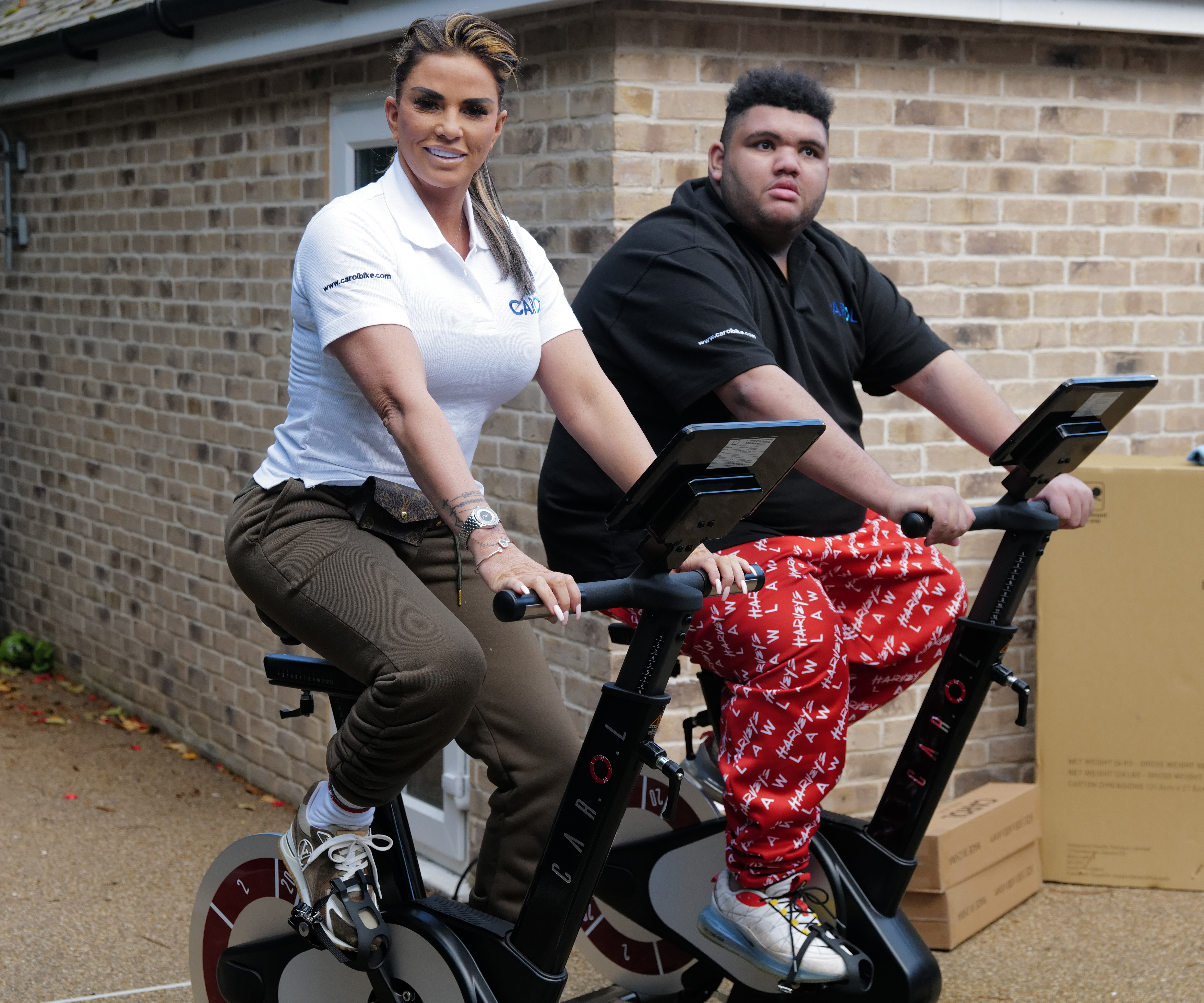 The Sun's new photos show the teenager trying out his modern set of wheels from bike brand CAROL for the first time.

In the snaps Harvey's devote mum helps him to hoist one leg over the saddle and straps in his feet.

Harvey, who has Prader–Willi syndrome, autism and is partially blind, grabs hold of the handlebars to steady himself.

A source told us: "Harvey needs to lose around ten stone to get back to a good weight for him and he seems to enjoy going on the bike so she snapped a couple up. 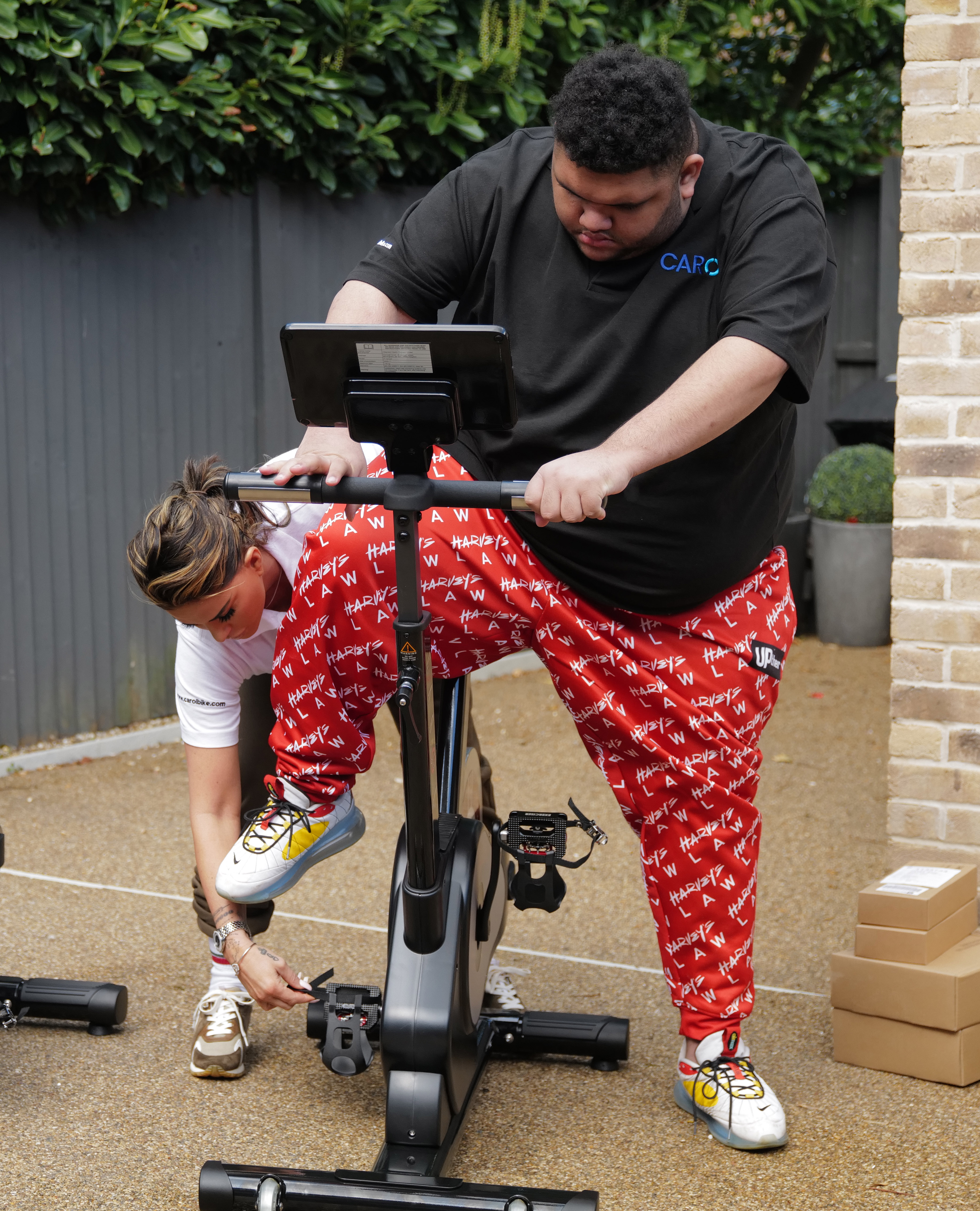 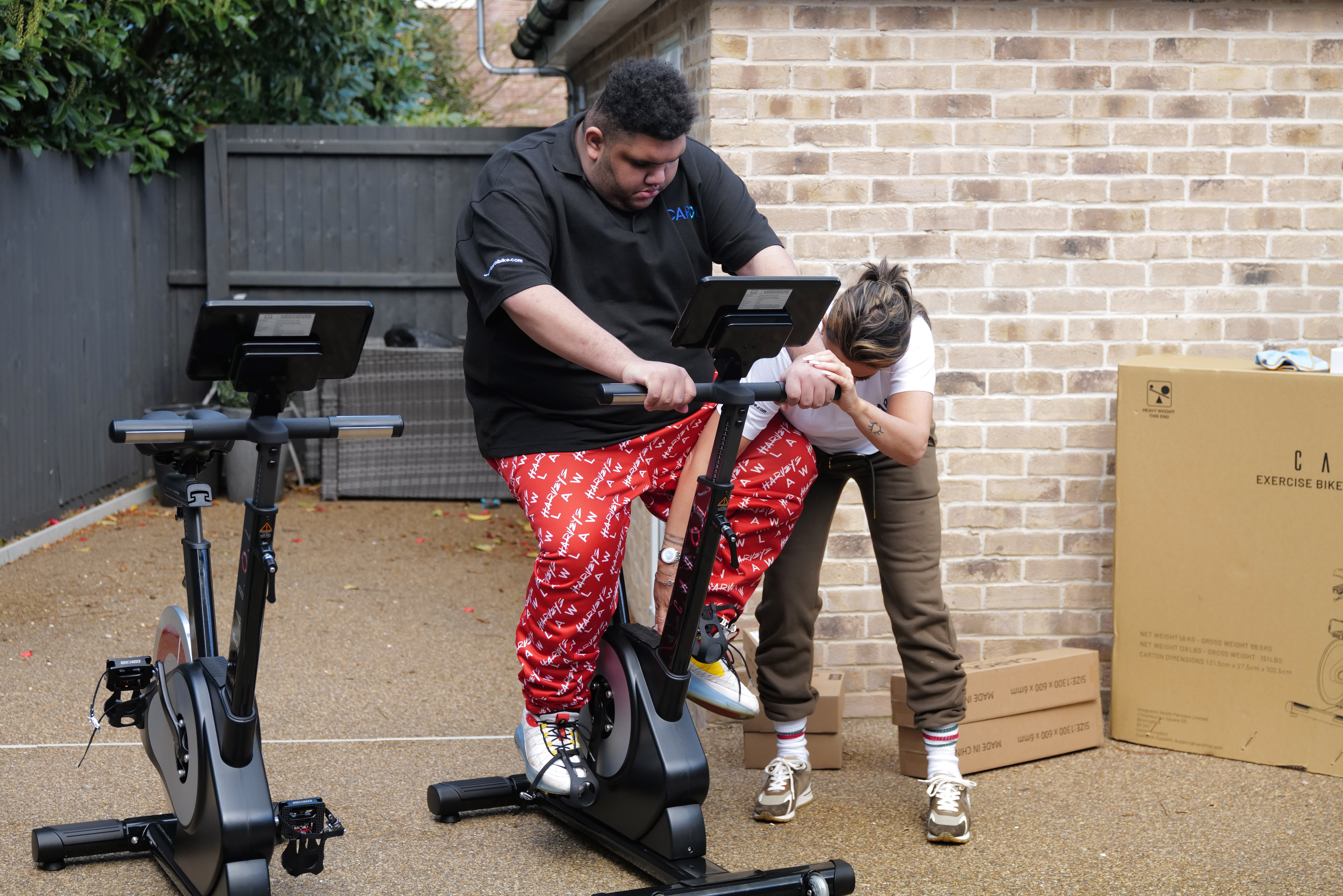 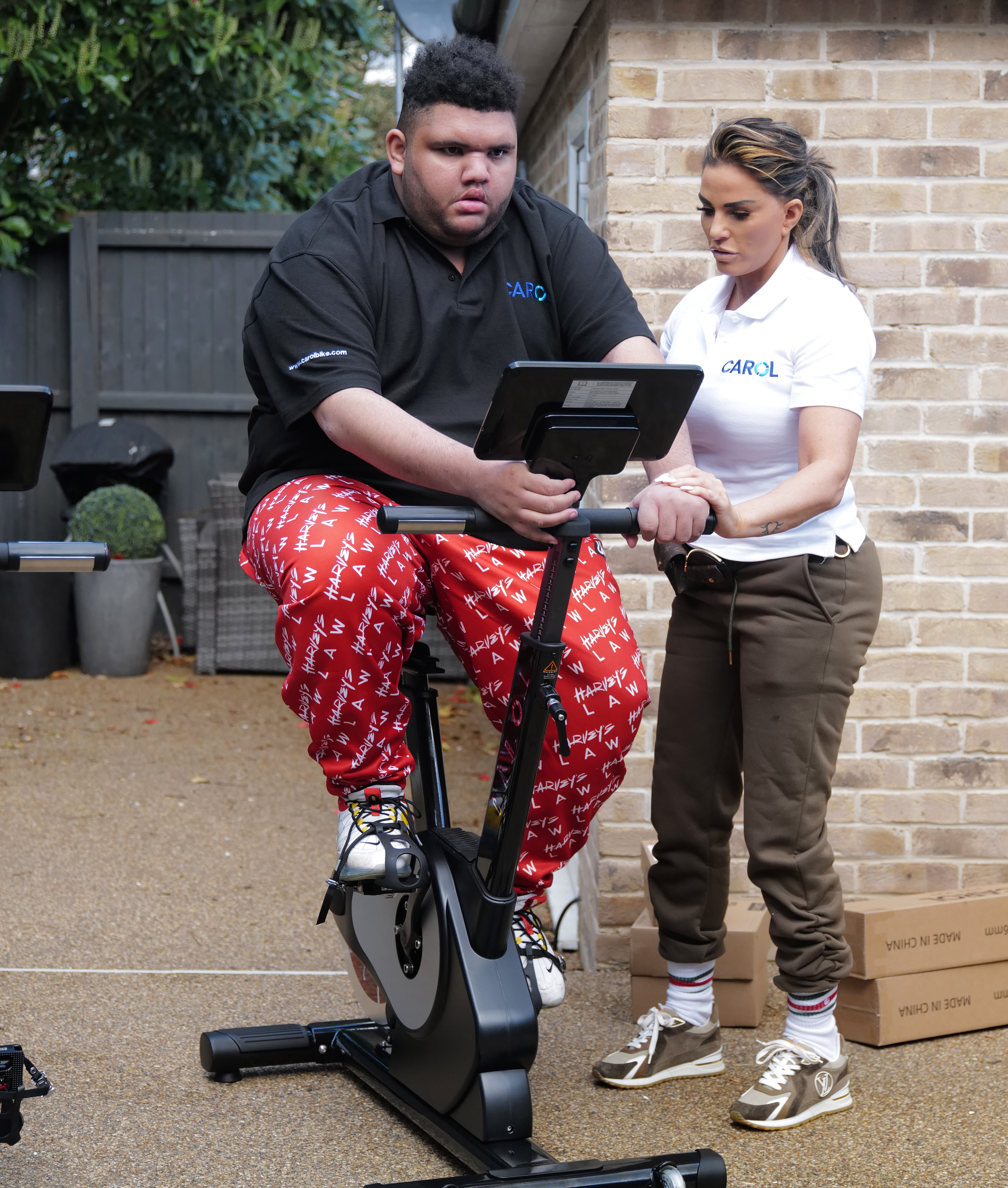 "Katie wants to get in shape too, so she's hoping they can work out together ahead of him starting college in September."

The CAROL bikes work by targeting thigh muscles which hold the biggest stores of sugar in your body.

The AI technology in the bike adjusts to the rider and sets them a series of 20 sprints.

The brand promises that regular workouts on CAROL turn the body into a hyper efficient sugar and fat burning machine. 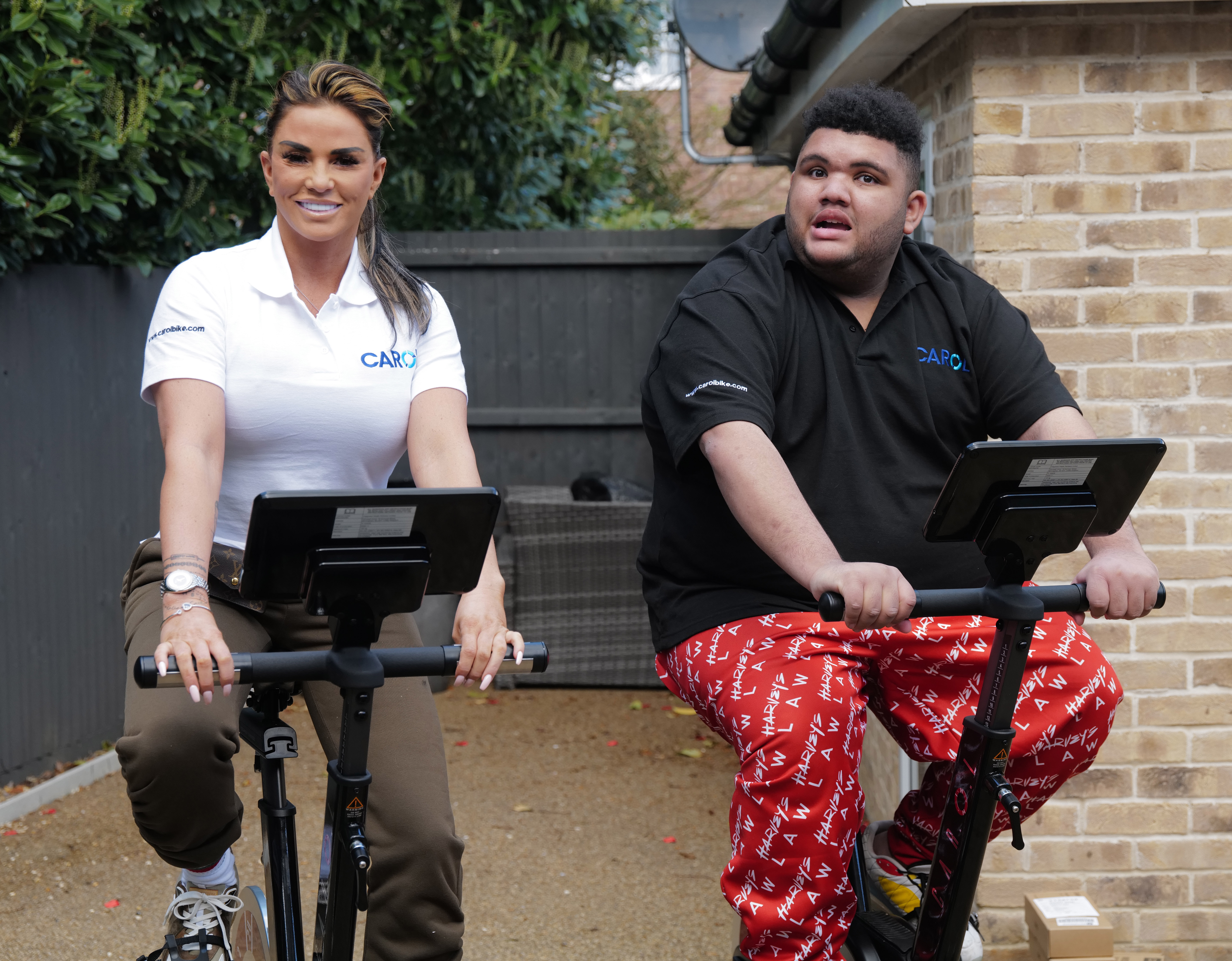 In December, Katie shared her fears for Harvey with The Sun as she revealed that at his biggest he was tipping the scales at almost 29 stone and could die.

The teen was born with a complex variety of disabilities, including Prader-Willi syndrome, which causes an excessive appetite.

It can impact muscle tone and functions of the nervous system and sparks the constant desire to eat.

Doctors warned he was at serious risk of a heart attack if he did not lose weight urgently.

Katie immediately took action and sought help for Harvey and he is already shedding the pounds.

As well as following a healthier eating programme, her boyfriend Carl Woods has set up a gym in the garage of her mansion for the teen.

Katie previously told The Sun: “It’s a cruel illness. He feels hungry all the time.

“Every time I feed him, it’s killing him. Even though it makes him happy, it’s cruel of me to do it."