The mum-of-five was managing a team for Sellebrity Soccer and despite love rat husband Kieran Hayler playing in the match, Katie – who wasn’t wearing her wedding ring, still managed to flirt en masse. 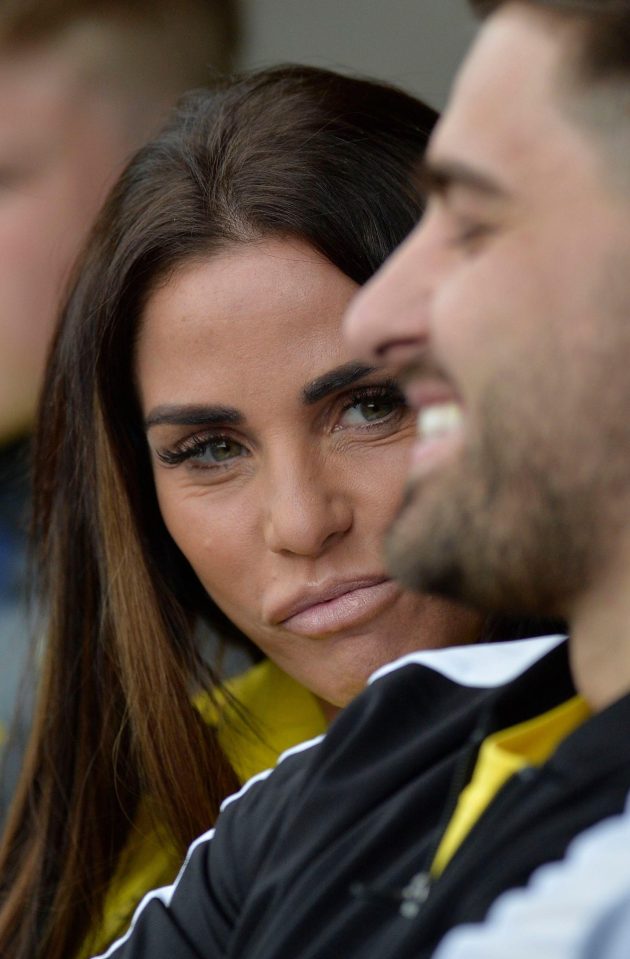 An onlooker told The Sun Online: “Katie was at her flirty best. Kieran is playing today and is still wearing his wedding ring but Katie's is firmly off.

“She shook Kieran’s hand and pulled a mock shock face before kick-off. When they started playing she was playing up to the crowds.

“Everyone burst out laughing when her team equalised and she egged them on by promising her team a half time rub down.”

The 39-year-old was pictured smirking as she sat next to a handsome spectator and started “flirting like mad” with the commentator as she tried to get a date for her and her rival manager Kerry Katona. 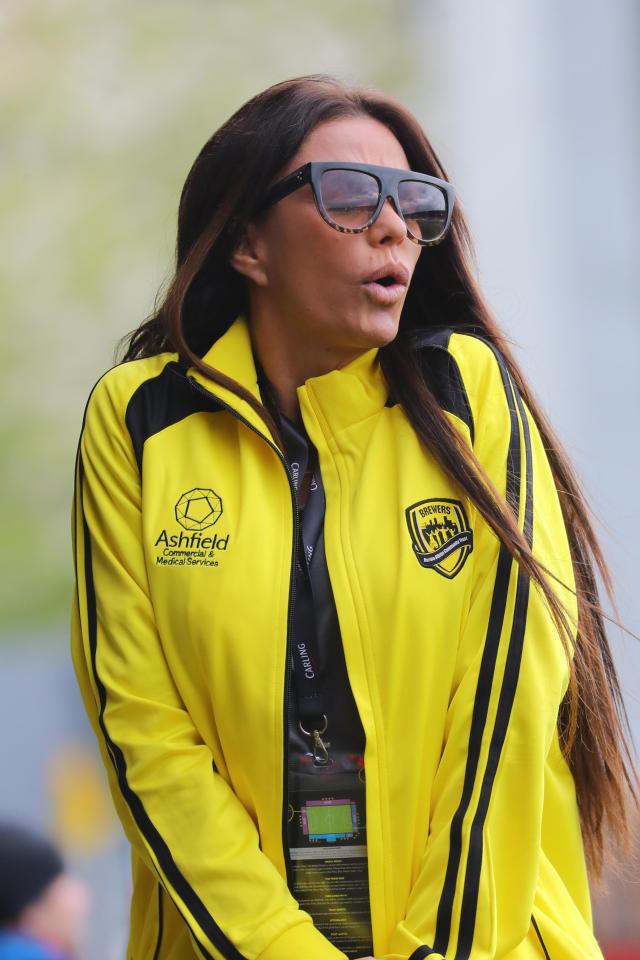 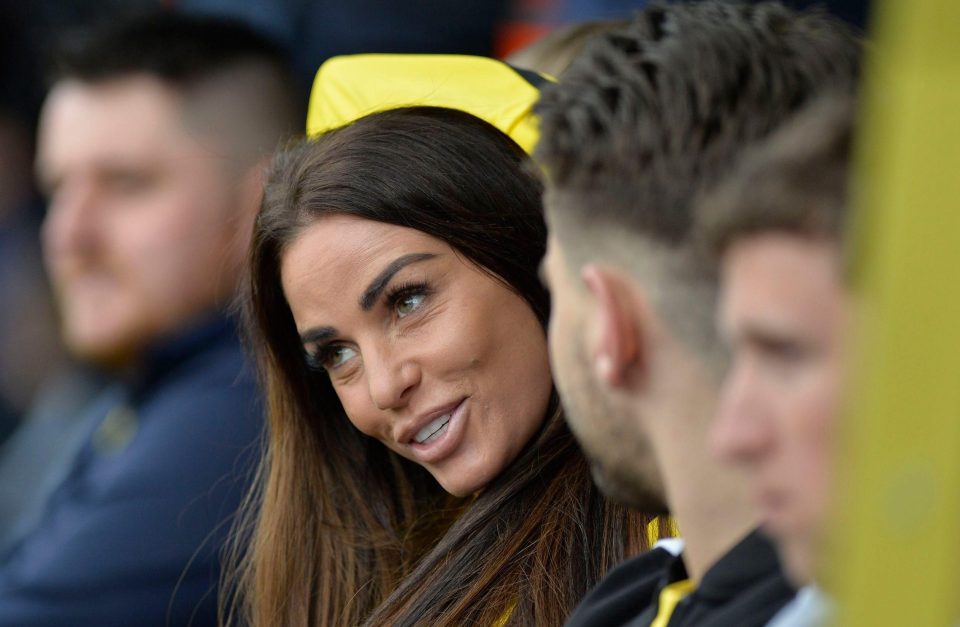 The source continued: “When the commentator started chatting to her, Katie was flirting like mad and everyone was laughing.

“She asked the crowd if anyone knew of a good bloke for Kerry to date. Then she said the same thing about herself and joked she was better looking.”

The insider added: “During the first half she kept heading off down the tunnel but she looked more than happy chatting to one of the members of the club when she came back out. She was touching her hair and having a really good laugh!

“Luckily Kieran was on the pitch! It was really the Pricey at her best.” 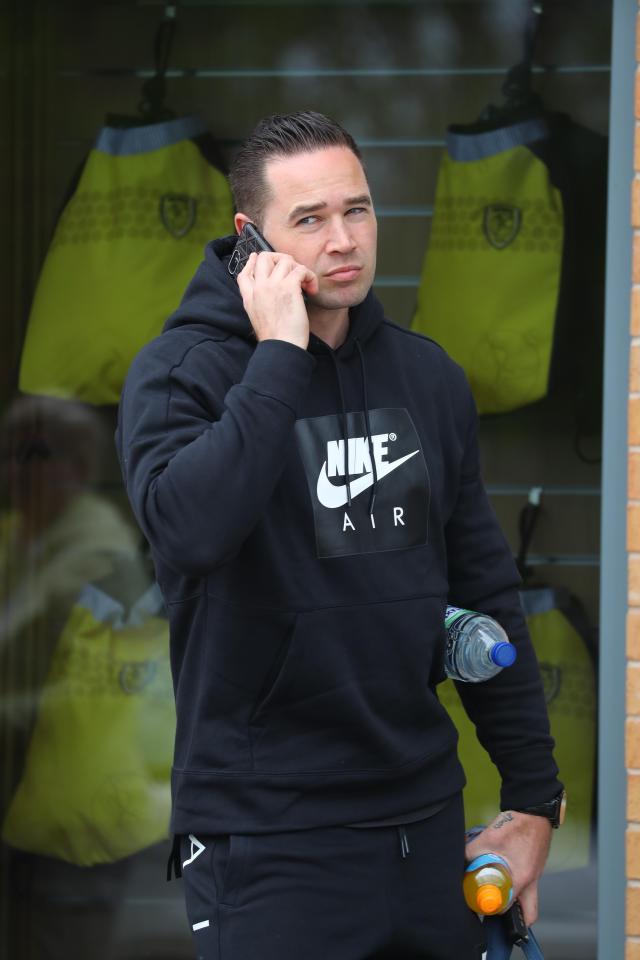 Today was bound to have been light relief for Katie who just a week ago flunked out of the London Marathon while dressed as a lung.

Katie, who previously said she would complete the race even if she had to "crawl", was running in aid of the British Lung Foundation after her mum was diagnosed with idiopathic pulmonary fibrosis in 2017. 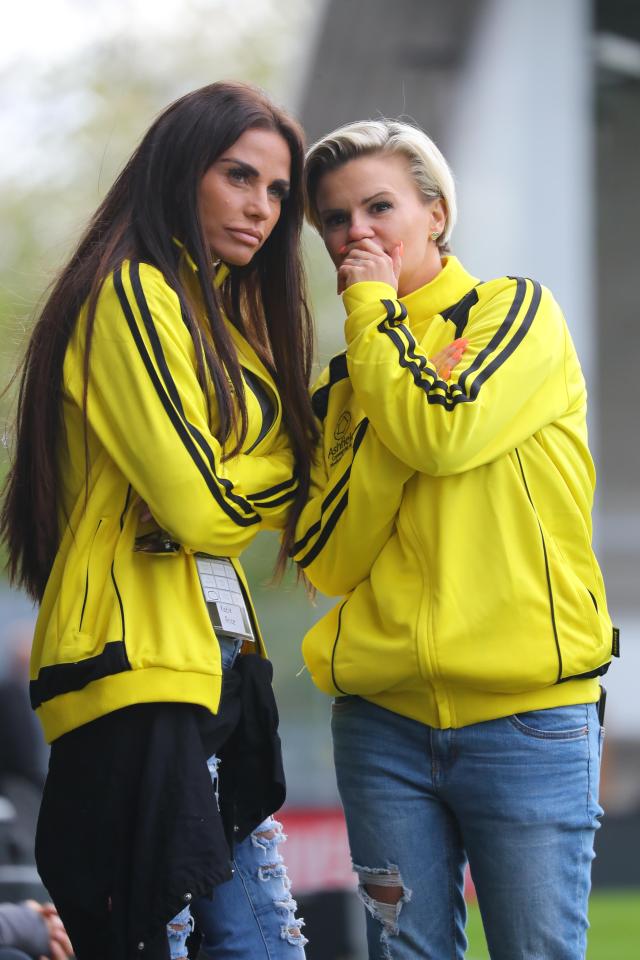 After not completing, she hit back at criticism, telling her fans: "I did train for the run ,tried my best in a heavy outfit and if my mummy is proud that’s what matters to me ❤"

Her mum Amy also took to social media to support her, saying: "I just want to say how proud I am of my daughter Katie for doing the marathon.

"She may not have completed it but she has brought so much awareness it has been worth it for the British Lung Foundation."