The rapper shared new gibberish track Lift Yourself on his website this week and just hours later had premiered another new tune, Ye vs. the People. 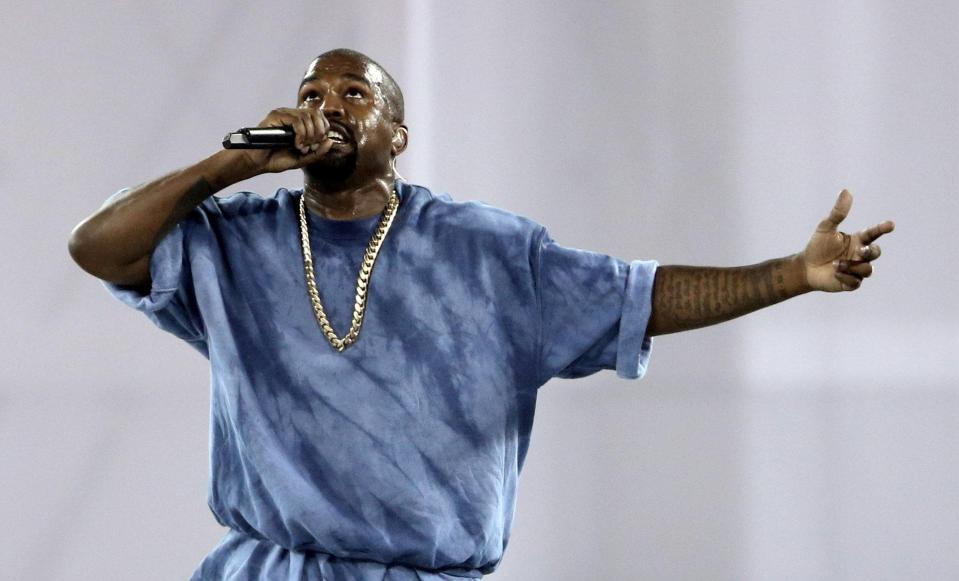 His latest single has not yet been released but it has been playing on loop on Los Angeles radio station Power 106 FM.

The lyrics sound like a political debate between Kanye and fellow rapper T.I. and they cover many topics including President Donald Trump, who Kanye has controversially been tweeting about this week.

In the song, Kanye and T.I. explain their different points of view when it comes to Jeezy’s surprise conservative views, many of which he has been expressing on social media in the run-up to the radio play of the song.

Kanye raps: “I know Obama was heaven-sent, but ever since Trump won, it proved that I could be President,” to which T.I asks: “Yeah you can, but at what cost though?” 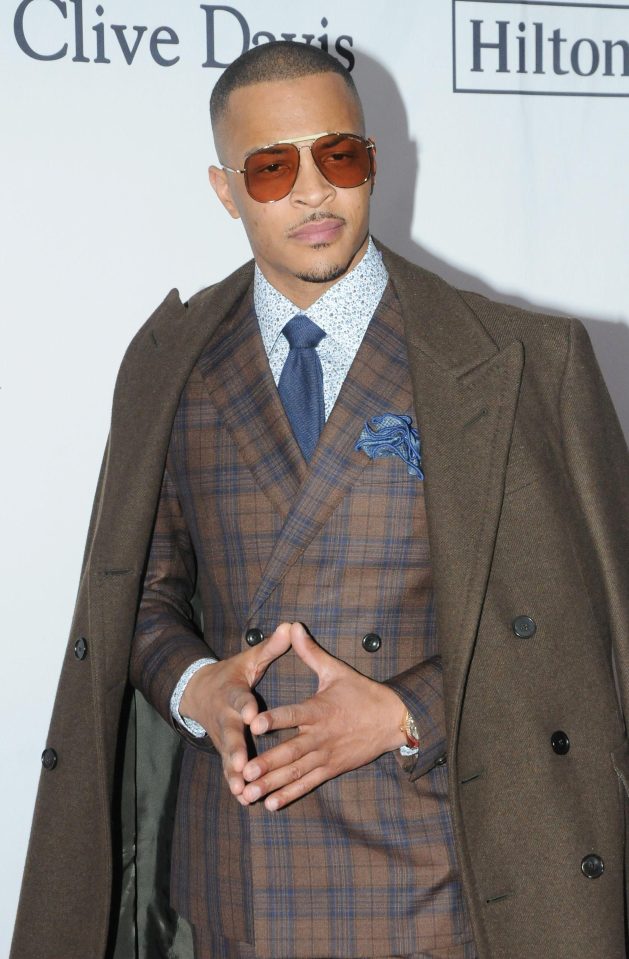 Earlier this week, Kanye shared a picture of himself wearing one of the Trump campaign’s Make America Great Again hats and, in his new track, he explains his actions, rapping: “Bruh, I never ever stopped fightin’ for the people.

“Actually wearing the hat is to show the people that we’re equal,” prompting T.I. to respond: “You gotta see the finer point of the people. What makes you feel equal makes them feel evil.” 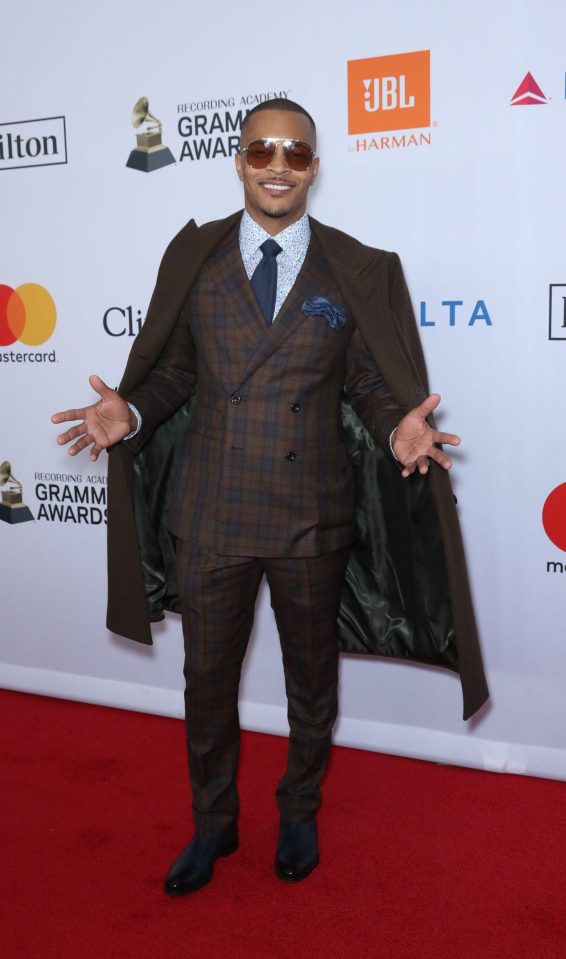 Kanye responds: “See that’s the problem with this damn nation. All blacks gotta be Democrats. Man, we ain’t made it off the plantation,” to which T.I. asks: “You in a position, don’t feel an obligation to them?”

Kanye raps: “I feel an obligation to show people new ideas and if you ever want to hear ‘em, here go two right here. 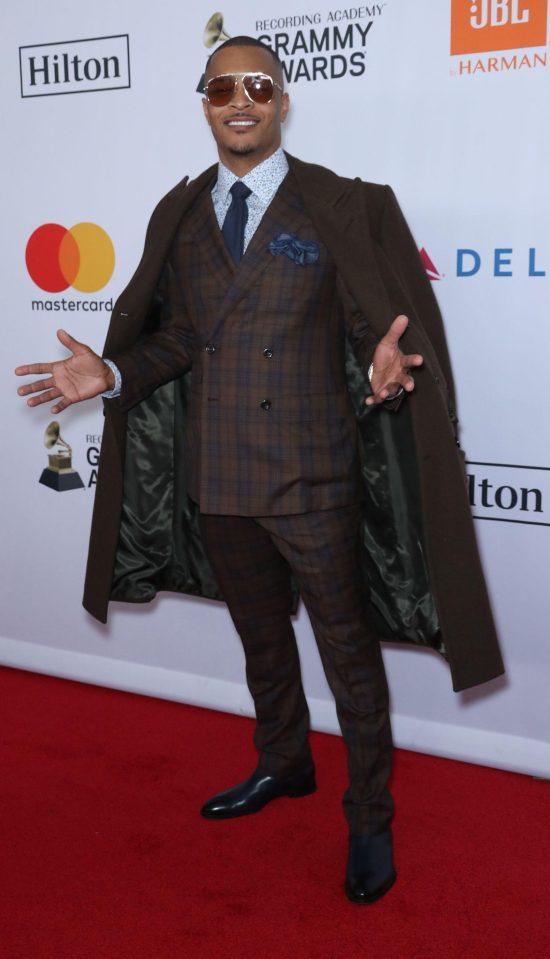 “’Make America Great Again’ had a negative perception, I took it; Wore it; Rocked it; Gave it a new direction; Added empathy, care, and love and affection – and y’all simply questioning my methods?”

Many of Kanye’s unimpressed fans were quick to call the musician out on his actions, brushing them off as simply another “obvious” publicity stunt, with one person tweeting: “Kanye dropping a song literally the day after the publicity stunt s**tshow. Be more obvious sir.”

Another person wrote: “Wowwwwww, so yea this was just a publicity stunt #YeVsThePeople…Chance was in on it, ‘black people don’t gotta be democrats’ is a line in the song.”

Someone else posted: “When you think about it Kanye always had a publicity stunt when he drops an album since [My Beautiful Dark Twisted Fantasy]. MBDTF: The VMAs Yeezus: He was all angry and anti corporate Life of Pablo: Twitter rants with Wiz and Amber plus album name changes This one is MAGA.”

Another person shared: “Idk what tf Kanye is going through, what he’s thinking. I just hope one day he realizes the amount of power he possesses in his voice to speak for people on a higher platform. Hopefully he’ll use it to maintain humanity and not promote his publicity Bc he’s dropping an album.”

And another person asked: “This is the song Kanye made explaining his views and TI playing devil’s advocate. Sounds like KANYE is reaching the people Trump couldn’t persuade, and is making MAGA represent everybody in America. What do you think @ScottAdamsSays?”

Kanye has become known for causing controversy in a bid to get attention – in 2009, shortly before the release of his 2010 album My Beautiful Dark Twisted Fantasy, the rapper jumped on stage at the MTV Video Music Awards, grabbing the microphone from singer Taylor Swift as she made her Best Female Video acceptance speech, declaring: “Yo, Taylor. I’m really happy for you, I’m going to let you finish, but Beyonce had one of the best videos of all time.”

A shell-shocked Taylor appeared unable to continue with her speech as she stood alone in the middle of the stage while a stunned Beyonce looked on from the audience. 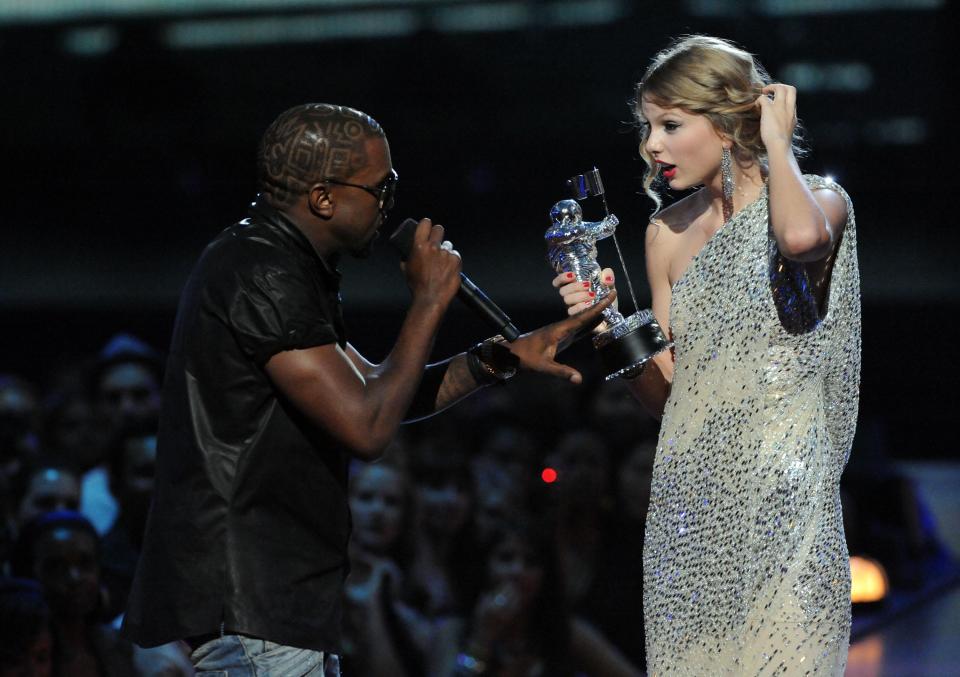 Taylor was later given a second chance at her speech when Beyonce won the Best Choreography award for her Single Ladies video.

In the run-up to the release of Yeezus, on May 1 2013 Kanye posted the words “June Eighteen” on Twitter.

He began promotion on May 17, releasing new song New Slaves through video projections on the sides of buildings and walls in 66 different locations.

The album was made available for pre-order on iTunes but it was taken down for unknown reasons as Kanye voiced his feelings of anger around corporate culture, exclaiming at the time: “With this album, we ain’t drop no single to radio. WE ain’t got no NBA campaign, nothing like that. 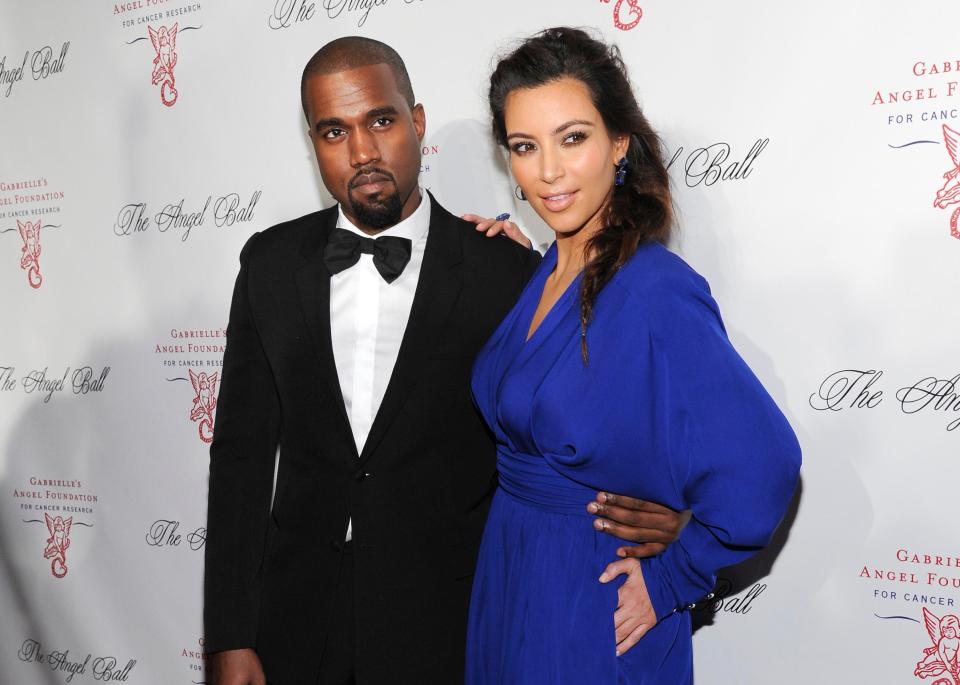 In January 2016, ahead of the release of his The Life of Pablo disc, Kanye mocked rapper Wiz Khalifa in more than 25 tweets, which he later deleted, after Kanye perceived Wiz to have dissed his wife Kim Kardashian.

Kanye referenced model and actress Amber Rose, who had dated Kanye between 2008 and 2010 and Wiz between 2013 and 2014, with Wiz and Amber having a child together. 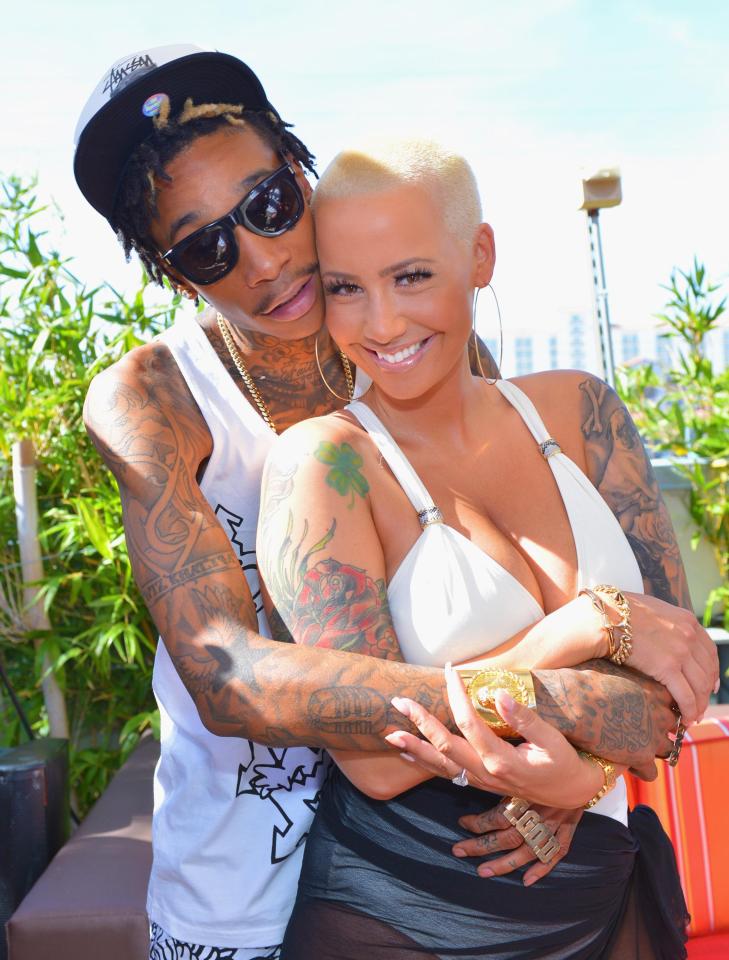 Launching a Twitter attack on Wiz, two of Yeezy’s harshest tweets read: “You let a stripper trap you,” and “I know you mad every time you look at your child that this girl got you for 18 years.”

A seemingly angry Amber chimed in: “Awww @kanyewest are u mad I’m not around to play in you’re a**hole anymore? #FingersInTheBootyA**B**ch.” 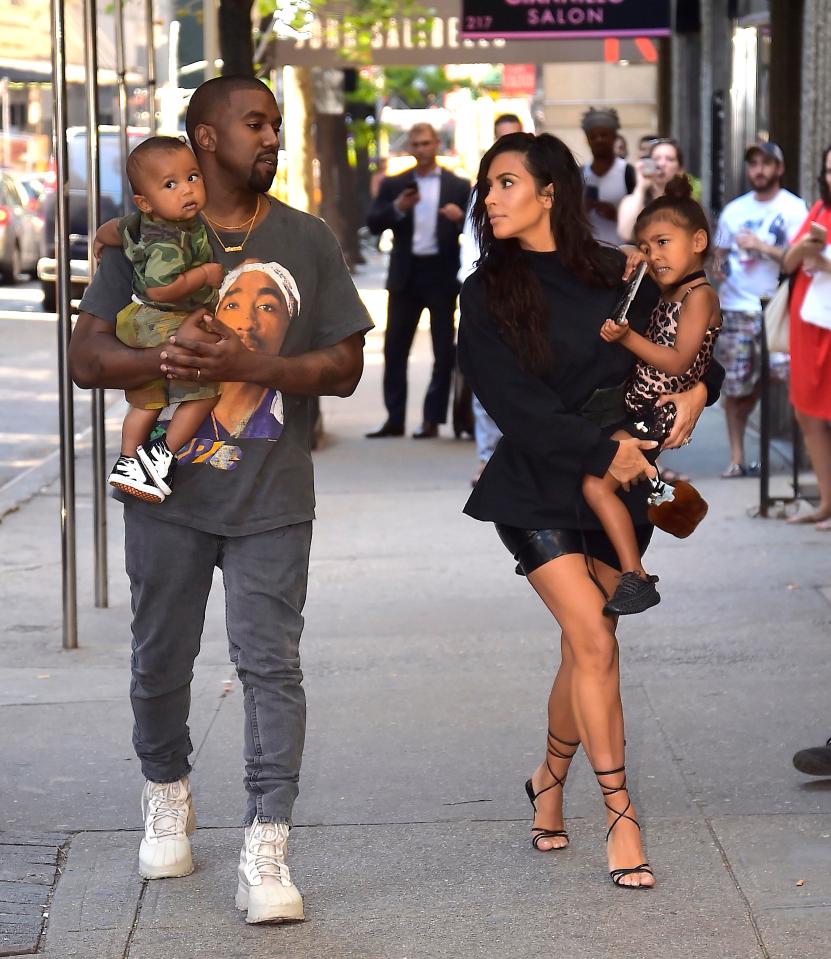 Kanye also ramped up promotion for the album by releasing the track list, which he wrote out by hand on a piece of paper, photographed, and posted on Twitter at 10pm on December 31 2015.

However, at the time the album was called Swish rather than The Life of Pablo and he enlisted the help of Kim Kardashian’s sister, social media queen Kylie Jenner, who scrawled the words “KYLIE WAS HERE” on the bottom of the page, in a bid to get the image shared online.

Kanye announced Swish would be released in February 2016 but later changed the name of the album to Waves, updating the tracklist and sharing a new photo with a few new notable signatures, including one from Kim Kardashian which read “Kim NEVER left”.

The rapper left some fans unimpressed with some of the many name changes of the release, which included So Help Me God, with some saying he had stolen the “wave” part of one name from incarcerated rapper Max B.

However, Kanye successfully created a social media storm around the album, which was later released as The Life of Pablo, following the fall-out with Wiz and Amber, with Wiz releasing his alvum Khalifa a week later. 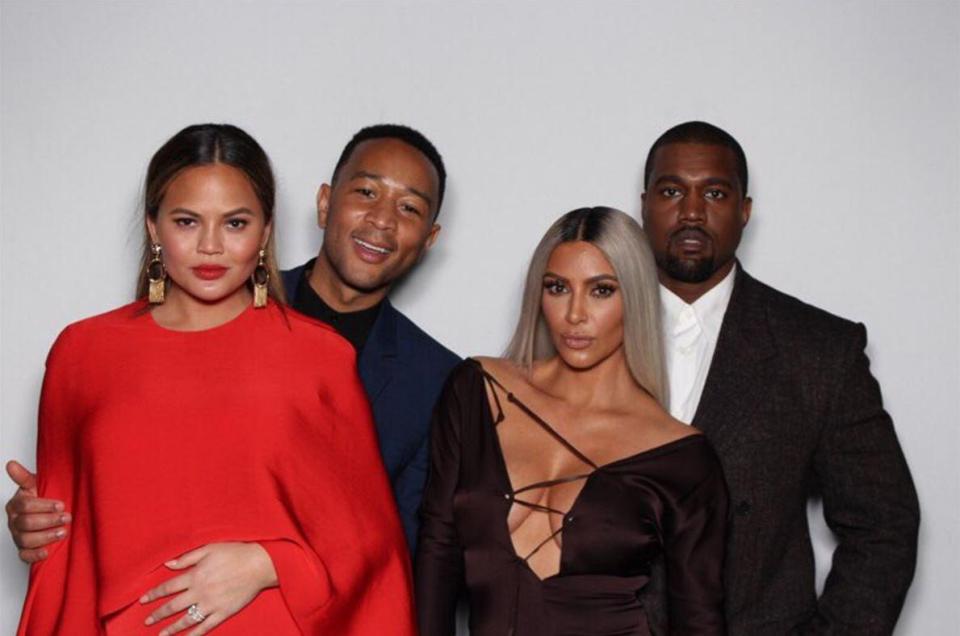 Amid what is now seen as the promotion of his latest music, Kanye appeared to have fallen out with his good friend John Legend but he has since shared a smiley selfie of the pair on Twitter.

He captioned the image: “We got love. Agree to disagree.”

He also shared a video of John playing the piano, along with which he wrote: “Lead with love.”

After Kanye appeared to align himself with Donald Trump this week, John tweeted many anti Trump messages.

He also privately messaged Kanye in a bid to get him to reconsider his stance, a text Kanye shared online.

John wrote: “Hey it’s JL. I hope you’ll reconsider aligning yourself with Trump. You’re way too powerful and influential to endorse who he is and what he stands for.

“As you know, what you say really means something to your fans. They are loyal to you and respect your opinion.

“So many people who love you feel so betrayed right now because they know the hard that Trump’s policies cause, especially to people of colour.

“Don’t let this be part of your legacy. You’re the greatest artist of our generation.”