Today Show food and nutrition expert Joy Bauer has the perfect warmup solution this winter that is packed with nutrition and big on flavor.

Bauer shared her corn chowder receipe that’s high in superfoods but low in calories and sugar. At only 100 calories per serving, this soup will keep you warm this winter, plus it contributes to good health.

Bauer featured the corny goodness during the third hour of Today, sharing that corn chowder can still be delicious even when corn is not in season. “This is scrumptiously slurpable,” she said during the segment. 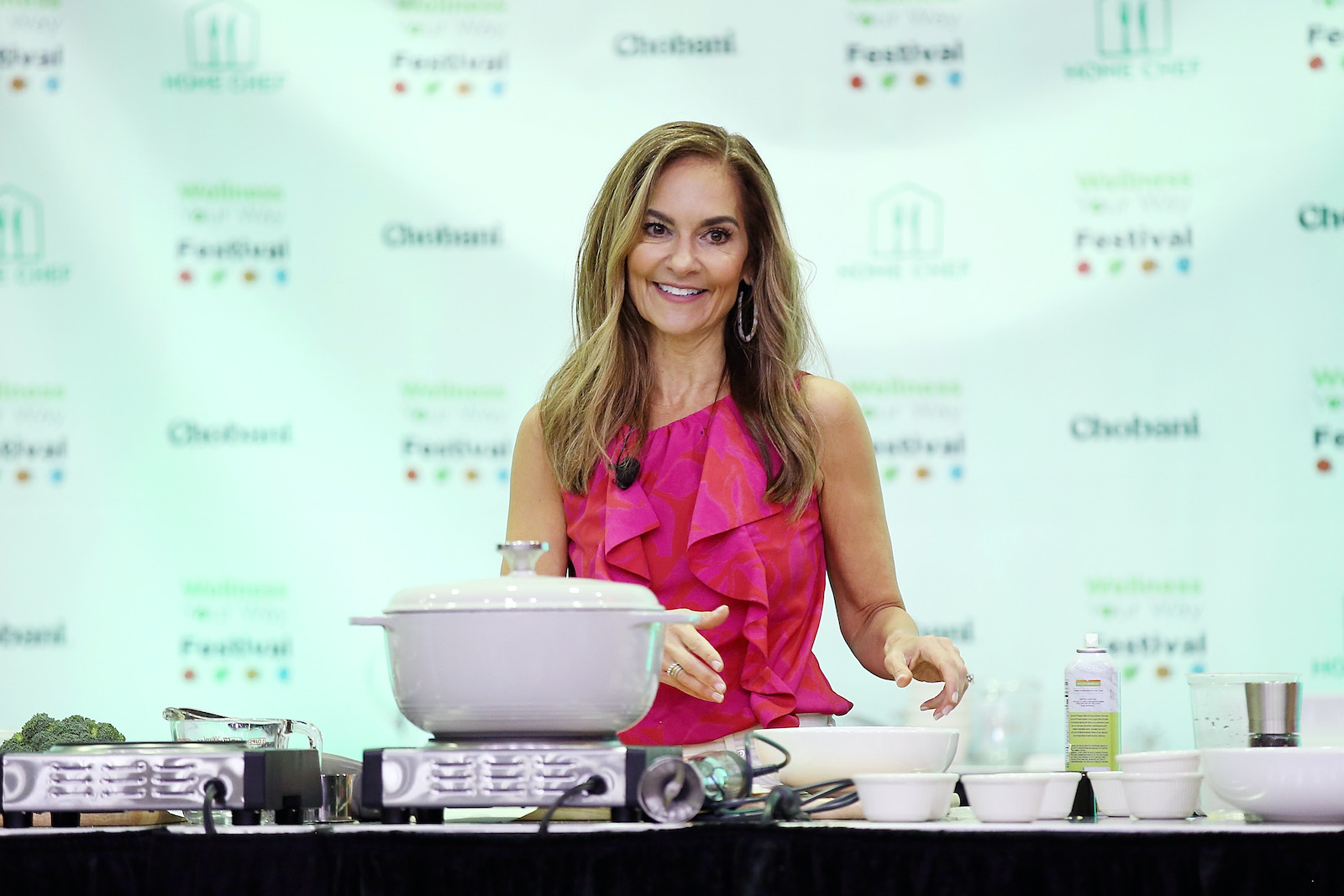 She uses the “nutrition” confetti as the base for the chowder. “All I’ve done is I’ve sauteed some carrots, celery and onions,” she described showing the diced vegetables in a large pot. “It kind of looks like confetti.”

“And now we build the soup,” she shared. “Because corn is not in season, I’m taking advantage of canned corn, actually for a few reasons. Notice I didn’t drain it. I’m using the flavorful broth that normally we just discard. I’m putting two cans in there.”

Joy Bauer blends the chowder to get that creamy texture

She then added four cups of a vegetable or chicken broth. Also, “I’m using a reduced sodium [broth] because I’m controlling the salt,” she remarked. “And just a little bit of cayenne [pepper] because it really does give it a pop of flavor.”

“And then last, one pound of small red, potatoes,” she said. “I leave the skin on for extra fiber. And I cut them up into bite sized pieces because I’m going to put a lid on this. I’m going to simmer it for about 15 minutes. Just until those potatoes get fork tender.”

The chowder isn’t done – Bauer says its great with a lot of body. “So I use an immersion blender,” she said. “But you ca also do this in small batches in either a food processor or a regular blender.” Cameras capture how Bauer just blended the soup together to create a creamy texture.

“If anybody doesn’t have a blender, or an immersion blender, you can leave it chunky,” she said. “It’s totally OK.”

She shares some special tips for this recipe

Bauer’s not totally finished preparing the chowder. “So then to finish it off, more texture,” she said, grabbing another can of corn. “I’m adding in drained corn. So this time it’s two cans of drained corn. And before I actually pureed the whole thing, I like to reserve some of the potatoes again for a little bit of texture. And like surprises as you slurp through.”

She added a note in her Today Show article. “A few notes on the potatoes: I typically use small red potatoes and leave the skin on; it provides fiber and pretty red specs throughout. But you can certainly use any type of potato you’d like, and peel off the skin. Also, you can follow my directions and remove 3/4 of the potato pieces before pureeing (this way, some potato gets pureed into the soup, but you’ll still have chunks of potato in your soup bowl) or leave all the potato pieces in the pot and puree them right into the soup.”

She added a dash of salt. “And it makes a great big batch,” she said. “And I like to garnish it with a little bit of dill.” The chowder has about 100 calories per serving, 3 grams of protein, and 9 grams of natural sugar. Grab the recipe and start slurping here.