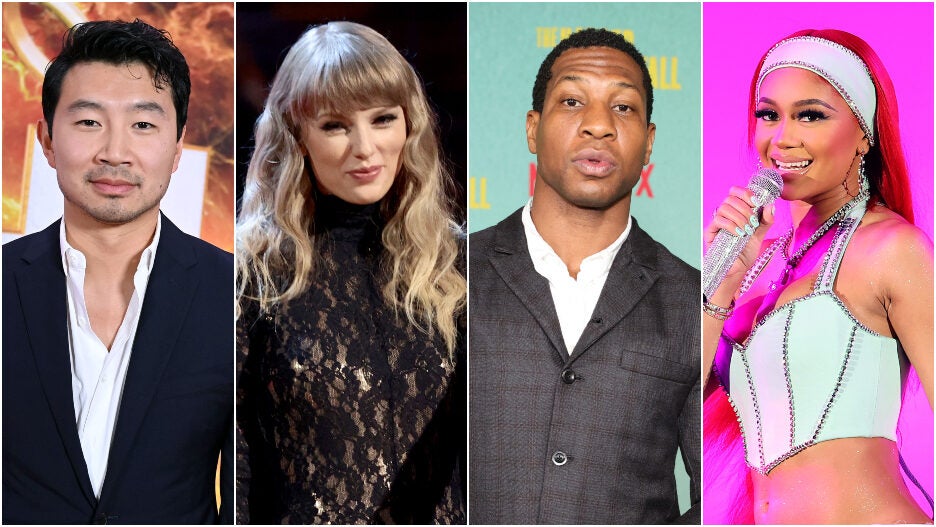 Marvel Cinematic Universe stars Jonathan Majors and Simu Liu will make their debuts as “Saturday Night Live” host on upcoming back-to-back November episodes of the NBC variety show, one of which will feature the return of Taylor Swift as musical guest, the broadcast network said Tuesday.

On Nov. 13, “Loki” and “Ant-Man and the Wasp: Quantumania” star Majors will emcee on the Studio 8H stage, joined by Swift in her fifth turn performing on “SNL.” Majors is there to promote the Nov. 3 release of his Netflix movie, “The Harder They Fall,” while Swift’s appearance is pegged to the Nov. 12 release of “RED (Taylor’s Version).”

One week later,“Shang-Chi and the Legend of the Ten Rings” star Liu will make his “SNL” hosting debut withSaweetie giving it her first go as musical guest on the show.

Liu’s Marvel movie will becoming to Disney+ eight days before his “Saturday Night Live” arrival. Saweetie will likely be using her “SNL” stage time to hype up her debut album,“Pretty Bitch Music,” which is set to be released early next year.

As previously announced, “Succession” star Kieran Culkin is hosting “Saturday Night Live” for the first time this Saturday. NBC confirmed Tuesday that Ed Sheeran, who was first announced as the musical guest to accompany Culkin last month, will in fact still be making his scheduled performance this weekend after he tested positive for COVID-19 more than a week ago.

“Posting this pic to say I’m released from covid isolation today, so if you see me out and about I’ve had the all clear and done my quarantine,” Sheeran wrote on Instagram earlier Tuesday. “Excited to hit the ground running with work again, and SNL is still on, so tune in Saturday, see you there x.”

Sheeran first shared his COVID diagnosis on Oct. 24, just hours after he’d been announced as “SNL’s” next musical guest, and up until today there had been doubts as to whether he’d still perform.