John Travolta has undergone a fair few transformations in his career, from slick ponytailed hitman Vincent in Pulp Fiction to a bizarre dreadlocked alien in Battlefield: Earth.

Now the veteran actor has done it again for his new role in Moose, a movie from Limp Bizkit frontman Fred Durst. 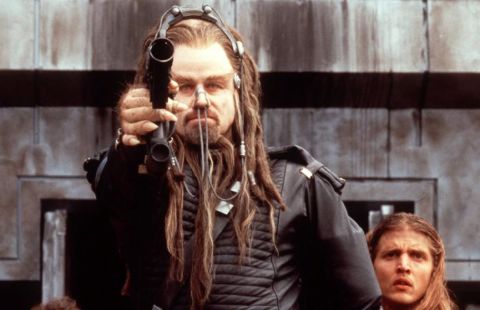 Travolta, 64, is set to play a rabid fan who becomes obsessed with a character played by Devon Sawa – who you’ll recognise from Final Destination and, more importantly, as the little boy who played the real-life version of Casper the ghost. Bless.

Sawa will portray a celebrity action hero, who Moose begins to stalk. 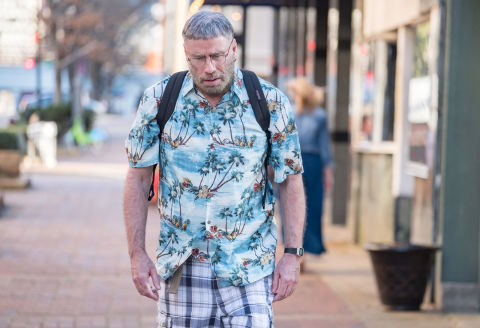 As you can see, the Face-Off and Grease actor looks totally different with his short silver hair, grizzly beard, reading glasses and Hawaiian shirt.

The thriller is said to be based on Durst’s own experiences from his early career when he was stalked by a fan. 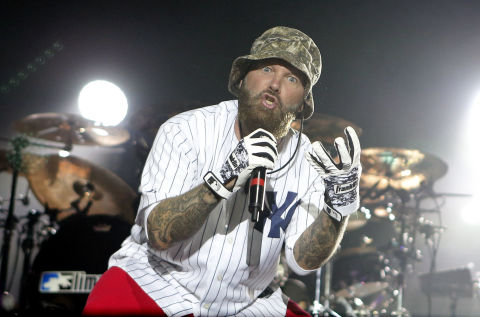 Elsewhere on set the movie looks set to get pretty gruesome, as they shared an image of John Travolta’s character Moose with what looks like a missing eye, as Fred Durst photobombs him in the background.

Moose and Durst on set

Moose and Durst on set

This isn’t Fred Durst’s first time in the directing chair either, his other credits include The Education of Charlie Banks, starring Jesse Eisenberg and Jason Ritter, and The Longshots, featuring Ice Cube.

As for Fred Durst’s band Limp Bizkit they’re still touring Europe and working on a long-delayed follow up to 2011 album ‘Golden Cobra’.